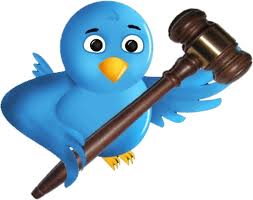 This is the third piece in the Social Media For Lawyers series. For reference, here are the articles on Facebook and LinkedIn.

“How could something that limits you to 140 characters be valuable to my career?”

“I use Linkedin already so what more could Twitter provide me with?”

These are no doubt the questions that you ask yourself when someone says that you should be using Twitter. I am here to lay out the most effective way for lawyers to use Twitter, which is by using it as a vehicle to become a recognized resource in your given practice area. Will these methods lead to more clients? Maybe. Your Twitter following may also give way to additional lead generating activities such as guest blogging or being quoted in an article published in a widely read publication. I’ve seen amazing opportunities presented to lawyers that actively use Twitter.

Following influencers, competitors and subject matter experts is key to appreciating the value of Twitter. For example if you are a patent attorney, you should follow the top 10 IP blogs and the USPTO. Just by doing that, you have turned your Twitter feed into a list of curated content that you should be aware of. An easy way to keep up to date on what your competitors are doing and what kind of press they are receiving is to follow them on Twitter.

You can find a list of the most widely read blogs by practice area on Justia. Justia also has a Legal Birds listing that provides you with a list of Twitter users in a given practice area. 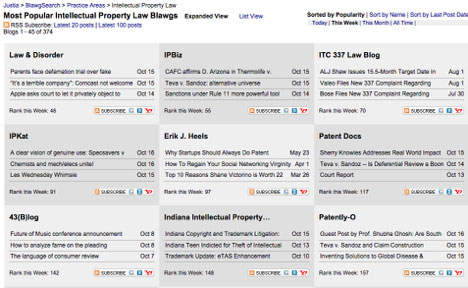 Once you have a basic list of Twitter users to follow, you can also follow people that they follow and so on. Needless to say, you can spend hours on end on Twitter. For example, if PatentlyO (an IP blog) is following Joseph Kaminsky, you can assume that Joseph is an influencer and someone you should follow. Following people is the most passive approach you can take. Even better, is to go one or two steps further. You can retweet something of theirs along with some positive commentary. You can introduce yourself by saying something like “@patentlyo, always enjoy your posts -from an #ip #lawyer based in Los Angeles!”

In most cases, the person you call out will either retweet your comment, follow you or reach out to you via direct message. All of these are great ways to increase your following and increase your network for purposes of referrals or guest blogging opportunities.

Additionally, if you write an article that you think would be of interest to a particular publication or lawyer network, you can always add their twitter handle when tweeting out your article. This will encourage them to retweet your tweet, which in turn will increase your following and also put you on their radar as an expert in the field.

See this method in action below! As you can see, I tweeted about an event and included the handles of companies demoing their product. Several of the companies retweeted my tweet and followed me as a result.

The best way to increase your following and return on time invested, is to tweet something relevant to your practice area 2-3 times per week. Your tweet can be a retweet of someone else’s tweet, a link to a recent blog post your wrote, or a link to an article you find interesting. Once you get in the habit of doing so, it will come as second nature to you. I tend to go on Twitter from 7am-7:30am right when I wake up. I scroll through and will retweet, read articles of interest to me and respond to any DM (direct messages) or any other shout outs that require my attention. Remember if someone mentions you in a tweet or retweet your tweet, be sure to interact with them by following them or thanking them. When you retweet or quote someone else’s article, always give attribution to the source, so that they see your retweet and can thank you.

Hashtags are a great way to get your name out there. Use hashtags that are widely used so that when people search for the term, they will come across your profile and follow you. For example, if you are an intellectual property attorney, you can use #ip or #ptab (patent trial and appeal board). If you consistently use such hashtags, you will gather more users to follow you.

As an example, Dennis Crouch (blogger at Patentlyo), retweeted Jason Leung’s tweet due to Jason’s great use of relevant hashtags which made his tweet discoverable to Patentlyo.

5) Bring the conversation offline when you can

Several people that I follow on Twitter have actually developed into offline relationships. There have been several bloggers that I first followed, then interacted with on Twitter, and finally met for coffee. I am not the only one that has done such a thing as it is becoming more and more commonplace. The beauty of it is that you can follow someone you admire or aspire to work with on Twitter and it is not considered creepy or imposing. If there is an attorney you respect or would like to meet because you think there may be some synergistic referral opportunities between you guys, try engaging with him on Twitter first. In this way, you avoid cold emailing which will likely be ignored or get lost in his already overflowing inbox. Same goes for bloggers. If you feel like you would add value as a guest blogger, start interacting with him via Twitter first. Bloggers will appreciate this.