For years now I have received a newsletter by Denise Hedges and Barbara Mercer.  I just love the way they write, their topic matter, and the inspiration they provide.  Denise gave me permission to reprint the article on this blog.  I hope you find it worthwhile. 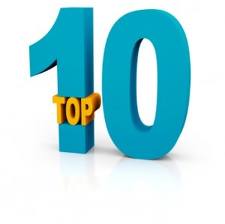 Reprinted with consent from a newsletter by Business BreakThrough Institute.

Speaking is the number one way to build or expand a business.  No other strategy even comes close.

BUT, in order for it to be effective, you have to know what you’re doing.  I guess that’s obvious, but the real message is that there’s a lot to learn.

On the one hand, speaking is the easiest thing in the world.  You’re just talking to folks about something you know a lot about … something that’s really important to you.  On the other, it can be a hugely nerve-wracking life challenge if you frame the experience the wrong way mentally.  And it’s just very easy to present yourself and your message in a less than stellar way.

So, I want to list some of the biggest mistakes we see speakers making, so you can avoid making them yourself.

Imagine this as a Letterman Top Ten list, only without the humor.

Not giving enough value. Teasing the audience in order to sell a product or service instead of being audience-centered and really focusing on “what’s in it for them.”

Being more concerned with THEMSELVES … with remembering their stuff and not looking bad than connecting with the audience. Being self-conscious and “in their head,” rather than audience-conscious.

Thinking in terms of speaking to an “audience” … scary … vs. just talking to folks as if they were having a nice one-on-one conversation.

Not speaking conversationally and extemporaneously.  In other words, sounding “canned.” Of course, you gotta practice out loud over and over … until it doesn’t sound practiced … in order for it to sound conversational.  Worse still is a rambling, “I’m winging it” presentation.

Speaking too fast as the result of nervous energy and the desire to get it over with … or rushing to get the material in.  Being more concerned with covering the material than communicating the message.

Not pausing to breathe and let their words sink in, which means they won’t be projecting an authoritative, in-command presence.  Saying “uh” where there should be silence!

Not making a compelling offer from the stage that looks like an opportunity … or not making an offer at all and then wondering why they don’t get any business from speaking! Also, not leaving enough time to do a decent offer … trying to squeeze it in at the end.

Speaking to groups of people who aren’t in their target market.

And the Number 1 mistake speakers make:

Not being genuine.  Not being themselves … their best selves. Putting on a mask and trying to be someone they’re not or not allowing the real person they are to come out and be with the audience 100%.

Why are we focused on avoiding mistakes?  Because we aren’t talking little hiccups here … momentarily forgetting what you want to say or throwing in the occasional “uh.”  Everybody does those things.  So what?  They’re no big deal.

In contrast, these Top 10 mistakes keep you from making a deep and meaningful personal connection with people … and if you aren’t able to do that, you simply won’t be successful using speaking as a way to build your business.

But here’s the good news.  ANYBODY who’s capable of running their own business is capable of becoming a good speaker … and maybe a great speaker.  It isn’t that hard!  Mostly it’s about putting yourself in the shoes of the audience and figuring out a way to give them real value.  It’s about getting out of your own way and letting your genuine self shine through while you have a conversation with nice people who want and need to hear what you have to say.

I love speaking.  It’s fun and so rewarding … and I want it to be fun and rewarding for you too.