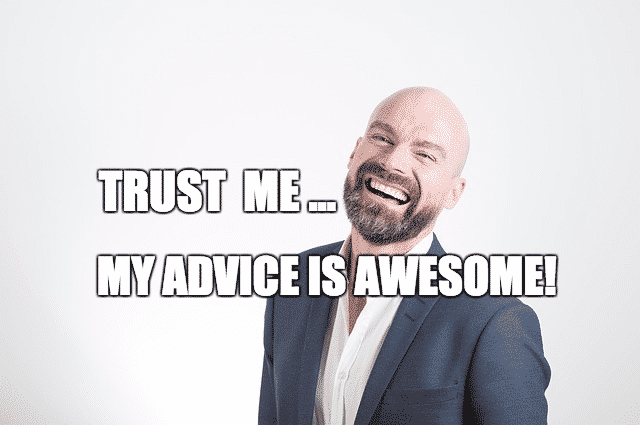 Sometimes a call comes in that I feel compelled to write about and this is one of those times.  The question seemed simple enough.  Basically, the callers wanted to know if the fact that a solo attorney was going to be added to their firm website as Of Counsel solely for marketing purposes would have any impact on their malpractice insurance premium.  Well, as a risk guy, I couldn’t help it.  I needed to know more.  In response to a few follow-up questions of my own, I learned the following.

A two-attorney firm has worked closely with a solo attorney for a number of years, and when I say worked closely with, think mentoring.  Recently, these two firms decided their client base was not as robust as they’d like and they came up with the idea to have the solo be listed as Of Counsel on the two-attorney firm’s website.  The solo would also list himself as Of Counsel to this firm on his own website.  The attorneys made it quite clear that this was for marketing purposes only.  At best, the solo might actually be involved as Of Counsel for a client of the two-attorney firm to the tune of maybe 1-2 hours a month, if even that.

In response, I started to explain the ethical problem with their idea and then tried to discuss the associated malpractice risks.  To my surprise, they just couldn’t accept that anything I was saying could possibly be accurate.  In the end, they just couldn’t get their head around an insurer having a problem with their great idea, particularly given the minimal amount of work the solo would be doing in the role of Of Counsel.  In their eyes, this was just a marketing campaign after all.

While I do get what these attorneys were trying to do, it’s important to understand that some marketing decisions can have unintended consequences in the malpractice insurance space.  This is why I wanted to write about this particular call.  However, before talking about the coverage consequences, I need to briefly talk about the primary ethical issue that would be in play.

The term “Of Counsel” is generally defined in various ethics opinions as an attorney who is not a partner, associate, shareholder, or member of a firm, but who does have a close and continuing relationship with the firm.  Further, the phrase “close and continuing relationship” has been defined as providing for close, ongoing, regular, and frequent contact for the purpose of consultation and advice.  With this in mind, hopefully the ethical issue with using “Of Counsel” solely for marketing purposes becomes quite clear.  It would be a misleading communication to the general public, which starts to explain why coverage consequences come into play.  It’s because the public’s understanding of what the term “Of Counsel” means comports with how the term is defined.  Thus, a decision to hold out the solo attorney as an Of Counsel attorney would necessitate adding the solo to the two-attorney firm’s malpractice policy regardless of the amount of time this attorney would actually be advising on firm matters.

This consequence of having to add the solo to their policy and pay additional premium is what quickly became the point of contention.  The attorneys on the call believed that a premium charge was not only unwarranted, given the reality that the Of Counsel attorney would be doing little to no work in the role of Of Counsel, but unnecessary given the fact that both firms already had coverage in place.   Here’ the problem with their line of thinking.  Malpractice polices don’t cover attorneys for everything they do.  Almost all policies only cover attorneys for work they do on behalf of client of the named insured, which is always a firm.

This reality creates two problems for these attorneys.  First, the policy the solo attorney has will not provide coverage for any claim related to a client of the two-attorney firm; and we all know the solo will be named in any such claim due to his being associated with the two-attorney firm as Of Counsel.  Second, an insurer is never going to insure part of a firm; yet a desire to not add an Of Counsel attorney to a firm’s policy is, in essence, asking an insurer to do exactly that.  It’s not going to happen.

Here’s the bottom-line for me.  I’m all for Of Counsel relationships.  They have their place.  By no means do I wish to suggest otherwise.  All I’m trying to get across is this.  The use of the term “Of Counsel” means something.  The attorneys on this call were hoping to sign up new clients based upon the marketing of an Of Counsel association while also expecting these same clients to never assume that the Of Counsel attorney will actually be involved in any firm matter.  Sadly, in the end they just didn’t want to hear that they don’t get it both ways; but my hope is you can.