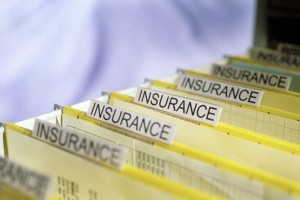 I recently took two calls almost back to back, and was surprised by both conversations.  One came from an attorney who was retiring in another month or so. He had a few general malpractice insurance questions.  The second was from an associate attorney with a small firm that was about to be dissolved.  This associate was quite concerned about some decisions the partners were making regarding the firm’s malpractice coverage.  What struck me was, other than the associate who called, the attorney decisionmaker’s at both firms didn’t seem to understand what a tail and/or prior acts coverage are.

Now, even if you have no plans to retire anytime soon and your firm continues to rock it, you still need to understand what a tail is and what prior acts coverage does.  I’ll explain why shortly; but first let’s start with the call from the associate.  The short version is the two firm partners apparently had quite the falling out.  One was going to call it quits and the other was going off on his own hoping to take as many of the firm’s client’s as he could. While I have my suspicions as to why, these two partners decided to forgo the purchase of a tail policy, which leaves the two associates and the partner going off on his own with the potential loss of coverage for all prior acts.  From a liability perspective, the decision makes no sense.

The attorney who is winding down his own practice also caught me off guard when I asked if he was planning to obtain a tail.  His reply was it really wasn’t a necessary expense.  His reasoning was he felt confident in his belief that no claims would ever arise in retirement because he was a competent attorney.  I just shook my head at that one because he had actually reported another, and yes, I said another claim just a few months back.  Making matters worse, he seemed a bit confused about how malpractice polices work.  It seemed to me that in his mind he didn’t see a need to purchase a tail “policy” given he would no longer be in practice.

These two calls are not as unusual as you might expect.  More than a few attorneys in practice have some confusion over what a tail is and how prior acts coverage works, so here’s the gist of it.  A tail does not provide any additional coverage.  It simply extends the time under which a claim may be reported under the final policy that was in force.  That’s it.  Consider the retiring attorney situation discussed above.  If a claim happened to arise 15 months after he retired, there would be no available coverage because his final policy would have expired when he stopped practicing.  Had he purchased a tail, an extended reporting endorsement would have been added to his final policy that extended the time he could report a claim and that claim would be subject to the policy provisions of his final policy.

In contrast, prior acts coverage is really about making sure you have retroactive coverage for any missteps that occurred in prior policy years.  Think about it this way. Malpractice policies are claims made and reported polices, which at a most basic level means they provide coverage for claims that arise and are reported during the policy year.  However, there’s a problem, is there not? Malpractice claims often don’t arise in the same year the actual alleged misstep occurred.  Prior acts coverage solves this problem by establishing a retroactive coverage date that defines how far the back coverage goes under your current policy.  Here’s a really simple way to look at this.  In essence, tails extend coverage for a defined period into the future and prior acts extends coverage for a defined period of time into the past, which brings me to my final story.

Sometime ago, I had a conversation with an attorney who proudly proclaimed that he had figured out the game insurers play and was saving tons of premium dollars as a result.  His approach was to buy a new policy every year from whatever carrier offered the lowest premium for his desired limits.  The cheapest policy also always came without prior acts coverage; and crazy as it sounds, in his mind that wasn’t a problem.  It wasn’t too much further into the conversation that I understood his reasoning.  Having never read the policy language of any of his policies, he incorrectly presumed that his malpractice policy works like his homeowners and auto policy work.  Of course, because a malpractice policy isn’t an occurrence based policy, it doesn’t; but that’s a conversation for another day.

For me, there are two takeaways here.  First, one should always have prior acts coverage in place, which means a malpractice policy that includes coverage for prior acts will need to be purchased year after year in order to maintain a retroactive coverage date that goes all the way back to the inception date of the first policy you had coverage under. And second, if and when a transition appears on your horizon and you find that coverage for your prior acts may not be available on a going forward basis, it’s time to think about getting a tail.