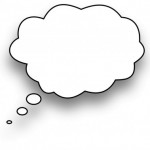 Susan
I see you’re solo again, congrats! I thought you had a great spot as in-house counsel? Why did you go back?
Kevin
Long story, but I’m thrilled to be solo again.
Susan
Why not do a blog post about it?

And so the idea was born.

I am indeed solo again, since March of this year.  As Susan noted, this was my second incarnation of a solo practice.  My first was in 2008, when I struck out on my own after working as in house counsel for a union, then for two mid-size law firms.  At the time I went out on my own, I was licensed in Illinois for just over ten years.

I was able to open my own shop because a real estate developer and property manager was growing and looking for a half-time attorney.  Half-time being defined as “we really need a full time, in-house counsel, but cannot afford it.”  I was interested because it was guaranteed work, benefits, pay, and the ability to develop my practice, independent of the in-house work.  I was fortunate to be able to exploit such an opportunity.

Like many new solos, I enjoyed the freedom of deciding what to do and when to do it.  I lost sleep worrying about developing a client base and paying the bills.  However, I was disciplined and did the things many of you read about here at Solo Practice University: I joined networking groups, chambers of commerce; bar committees and attended MCLE seminars to meet other lawyers in my practice areas; and, continued to nurture my existing network of colleagues and clients.

In the spring of 2009, as my main client was withering in the throes of the real estate melt down and I was seriously wondering about my long-term prospects, I was approached by a former colleague from my in-house counsel days at a police union and asked if I would be willing to do some work for a different union as outside counsel.  (Shameless plug, I have a labor law class on SPU.)  As a substantial portion of my practice was winding down in real estate because of the recession, a different portion was gearing up with labor law.  Throughout 2009, I continued to do a significant amount of work for the union, to the point that in late fall, I accepted an offer to become general counsel effective January 1, 2010.

At this point, some would ask why?  Two reasons.  First, because of the economy, more and more of my practice was being subsumed by the union.  This is a cautionary tale for you solos—as your client(s) grow to take more and more of your practice, you need to be wary of just how much risk is aggregated in that client.  If something happens, i.e. it leaves, demands lower rates, etc., you could be faced with ruin.  This was not the circumstance I faced, but this client had certainly become the lion’s share of my practice.

Second, because of the recession, I was engaging in much more bill collection and bill chasing than I cared to–too much, frankly.  I was tired of haranguing clients, both businesses and individuals, to pay their bills, even with retainers.  I thought the challenge of building and managing a legal staff for the union would provide for professional growth, so I decided to take the offer and wind down my practice.

Fast forward through the next five years when I served as general counsel.

When Susan asked “why did you leave,” my first answer was that I missed being a solo.  All of it.  The elations, the fears; the excitement of resolving matters for the client; the lows when you do not prevail on a matter.  I missed the variety of things you can do, from area of law to practice management, to client development.  I missed being motivated to succeed so as not to lose sleep thinking about paying the bills.  Mostly, I missed the freedom to practice law.  In the mix of all the things lawyers do, compounded by the management elements of being a general counsel, I missed lawyering.  I missed researching for hours until I found the line of cases I wanted; I missed reading the new cases on my area(s) of law as they were released because I was fascinated by the opinion; and, I missed talking with other lawyers about the law, unrelated to matters in dispute between our clients.

Now, I’m back to legal research, writing, drafting contracts; prospecting business; selling my experience to prospective clients; closing real estate deals.  But I’m also marketing, working up social media and webpage development; and, offering blog posts.  The last part, the social media element, is certainly something that did not exist, at least not to the extent it did in 2008, but like so many other things a solo tackles, it seems to flow through the workweek, too.

I’m also spending less time commuting to an office some 25 miles away, as I work from a home office.  With technology, I have everything I need and most of what I want to practice law on a iPad, let alone a Macbook or iMac with a Scansnap, Brother printer, Transporter, Dropbox, and Evernote.  Throw in an iPhone and I’m not sure there’s too much more I need to work in the areas of law that I do.

There’s also the non-professional benefits for me that drove me back to being solo. My health is better; I sleep better, I exercise more.  My wife and children tell me I’m in a better mood.  Is it because I’m a solo?  I firmly believe it is because I can control so much more of my workday/week in the position I am now in.  I don’t think anyone already aware of the benefits of SPU needs to be sold on a solo practice.

I’m not going to lie and tell you that as I sit and write this, the day after a long holiday weekend when my in-laws were departing and I didn’t have to run out the door this morning didn’t feel good.  Or that while writing this in shorts and a t-shirt because it’s 89 degrees and 80 percent humidity in the Chicago area, that I don’t sneer at those who have to put on a suit “just because.”  There’s much more to solo practice than what you wear or where you office, but a large part of going back to being solo for me was that I was the one making the decisions, large and small, about my law practice.  I can tell you my clients get excellent service from me, with significantly lower overhead than my competitors because of the way I run my practice.  That does get you noticed.  My clients get faster turnaround on their work because I embrace technology and turn their work around quickly and efficiently.  That, too gets you noticed (and hired, and re-hired.)

Or maybe, to quote my favorite poet, two roads diverged in a yellow wood and I chose the one less travelled.  I didn’t regret it previously and I’m confident I’ve found my niche again.  I hope you can find your comfortable place in the practice of law as well.