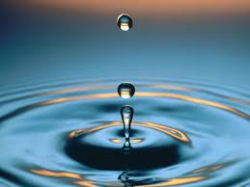 Lawyers and law firms struggle to innovate in areas outside of the substantive practice of law.  Worse still, most attorneys neither observe nor capitalize on general business trends, even as their competitors are trying to do so.  This applies to several categories of business management, certainly, including marketing, where lawyers frequently over worry themselves into irrelevance, based on (often, phantom) concerns about propriety and ethics.

Is it any wonder, then, that the average law firm marketing campaign more often resembles a blunt instrument, than it does a sharpened sword?  Personal injury attorneys battle over who can post the more horrific car accident story.  Estate planning lawyers engage over who is the more family-friendly.  When everybody’s using the same bait, the fish mostly get tired from exploring the hooks. One of the most noticeable things you can do as an attorney is to market your practice in a way that is distinctly different from what the mass of your competitors are doing.

Shock and awe seems to be the marketing tactic chosen by most solo lawyers and small law firms; and, the roots cementing that choice are deep.  Hanging a shingle, the traditional descriptor for opening a solo practice, is of a piece with that style: here’s a sign, on the street, in your face, it’s gonna stay there, so you might as well come into my office.  While that was a historically viable method of advertising, which still works in rural settings, it’s hopelessly outdated for a modern practice, existing in or around a population center.  One of the apparent issues is that the marketing approach is one-note.  One thing is being done, one time.  That’s true of traditional advertising methods, and also web advertising: like bald, single-serve announcements.

Of course, in modern society, where everyone is overwhelmed by barrages of information on a daily basis, the requirement is to break through multiple times, if you want your message to have a chance to resonate.  You’ll need to be noticed more than once — and maybe many more times than once — before you can compel a consumer to act.  That’s why a sign doesn’t work.  That’s why an announcement won’t do the trick.  Being repetitive (or, if you want to dress it up: consistent) is the key.  So, instead of just dropping your marketing campaigns, you have to stagger them.

‘Drip marketing’ is the technical term for elongated marketing campaigns featuring multiple, automated messages.  This is a more effective approach than the blunt advertising that attorneys often apply.  If you figure that you’re constructing one campaign, and parsing it out, creating steps, or an advertising workflow, as it were, you’re getting more bang for your buck — since, that one thing you created before, is now several thematic things.  You’re also likely to experience a higher success rate than you would sticking with the tried and (un)true approach.

Certainly, there are instances where lawyers and law firms do apply the ‘drip marketing’ theory.  eNewsletters would be an example; but, those are not generally thematic, carrying forward one idea, or several packets of ideas.  Even so, eNewsletters and client alerts are fairly simplistic attempts at drip marketing, and cannot be viewed as essentially creative at this late date (– which doesn’t mean, by the way, that you shouldn’t do them).  Discover ways to spatter your marketing campaigns to provoke their effectiveness, especially in consideration of the vast array of free publication options, including social media, now available to businesspersons.  Develop one idea, and parse it out.

Unless you can come up with the Coke-Hilltop ad (and you won’t), you can’t hit ‘em hard, so much as you can hit ‘em often.

For a complete agenda and registration information, visit the event page.

2 comments on “Don’t Be a Drip: Stagger Your Marketing Campaign”