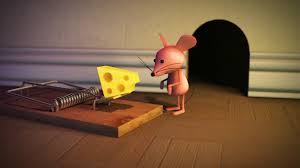 Over the years I have tried to encourage solo and small firm lawyers to develop and consistently use a conflict system that tracks all of the information best practices currently dictate. In all honesty, I will admit that I have had limited success in this endeavor. I’ve concluded that I’m just not going to win this one and that’s ok. This doesn’t mean I won’t keep trying; but it does mean I’ve got to accept the reality of the situation because, truth be told, conflict missteps in the solo and small firm arena are not typically a “whoops, we missed that name” kind of thing. More often than not the attorney simply failed to recognize that a conflict was in play, or if she did see it, decided that the issue wasn’t significant enough to bother worrying about. Given this, I’m changing my approach and instead of trying to convince you to expand your conflict database and run every name under the sun through it, I thought I’d share a few general tips that can help you avoid many of the more common conflict missteps.

Be wary of representing two or more parties at once such as a divorcing couple, a husband and wife wanting wills, multiple plaintiffs in a personal injury matter, multiple partners forming a new business, or the buyer and seller in a real estate transaction just for starters.

Now, two quick side notes. First, in an attempt to avoid dual representation problems some attorneys will agree to represent one of the parties and document that the other has been advised to seek independent counsel. Then the remaining non-client decides to proceed without representation. Understand that you don’t get it both ways. If you document that you do not represent the non-client but then continue to interact with this individual by answering questions to help move the matter along you can unintentionally establish an attorney client relationship and undo the precautions taken. Your actions will always speak louder than your written words. Never answer any legal questions from the non-client. Simply advise them to seek independent counsel, and if that slows things down, so be it. Second, I can share that non-waivable conflicts do exist, in spite of what some of our peers choose to believe, and they often appear in these types of settings. When in doubt, seek advice from someone well versed in our ethical rules.

Remember Murphy’s Law. More often than not the actual conflict will arise. If it does and is one that cannot be waived, your only option will be to completely withdrawal from entire matter. Stated another way, in most multiple client representation situations if you’re conflicted out for one client, you’re conflicted out for all. This is just one of the risks that come with joint representation. In the world of ethics and malpractice, we call an attempt to stay in with one client while dropping another the “Hot Potato Drop.” It will be spun as you made a decision to put your financial interests above the interests of the client you dropped and that’s not okay.

Exercise caution when considering whether to sue a former client.

Do not assume that the passage of time somehow transformed a current client into a past client for conflict resolution purposes. It didn’t and you can’t sue your current clients. Generally the rule is “once a client, always a client, unless you can document otherwise.” A letter of closure that clearly states your representation has ended can solve this initial concern with fee suits. I also strongly encourage you to take this advice to heart when trying to determine if a conflict problem can be evaluated under Rule 1.7, the current client rule, or 1.9, the past client rule because a misstep on what rule is in play can be disastrous.

Avoid becoming a director, officer or shareholder of a corporation while also acting as the corporation’s lawyer.

This dual role can create all kinds of problems to include loss of attorney client privilege, an increased risk of a malpractice claim, and an inability to participate in certain decisions. If you do find yourself on a client corporate board, do not further compound the conflict issues by taking an ownership interest in the company that exceeds 5%. At that point the potential conflict problems reach a point where malpractice carriers will often decide to exclude the risk. The safest play is to never take a financial interest in a client entity due to the difficulty in proving down the road that you never put your financial interests above the interests of your client.

Never solicit investors on behalf of a client’s business.

If and when that business goes south, you will be the one targeted for the recovery of all losses and guess what? Malpractice policies do not cover investment advice. This one will be on you.

Memory doesn’t cut it and conflict checking systems are only as good as the people who use them.

Keep the system current and use it consistently or it will be ineffective. Check and update your conflict database every time you consider taking on a new matter, regardless of whether the matter was accepted or declined. Circulate new client/matter memos throughout the firm. Make sure the memo affirmatively documents that all attorneys and staff have reviewed the memo to include thinking about personal and business interest conflicts they may individually bring to the table. Finally, don’t forget to look for potential conflicts that might exist if the firm has gone through a recent merger with another firm or had any new lateral or staff hires. (I know, I just couldn’t stop myself.)