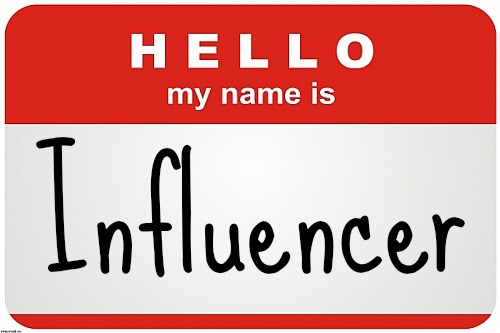 My son, like every other teenage boy I know, is totally involved in the online game Fortnite.  Because he’s pretty good at it, he has gotten shout outs from the founders and some of the top ranked players in the world who make millions from playing the game.  These players have multi-millions of followers.  However, because my son is very good and has received these powerful shoutouts, he has amassed close to 45,000 followers who like to watch him play now that he’s been anointed.  Now these ‘popular’ players are getting Twitch accounts which live stream their game play and they are monetizing them.  These popular players put up clips from their recent Fortnite battles and the followers comment, etc.

Yet, something more unusual happened to my son.  As the game is very, very social (people connect on headsets, screen chats and more) someone asked my son to give a shout out to his girlfriend during his game and he would give $10 in game currency for the shout out.  My son did and he got ‘paid’ in game currency.  Now my son has set up his Twitch account to monetize his game playing.  He’s 14.  He’s become a digital influencer because of his skills and because of his growing following.

What has this got to do with your solo practice? When we think of attracting business and getting new clients we generally don’t think outside the box. We also don’t think of our local baker as an influencer.  We don’t think of our family members as influencers.  I know a business attorney with several thousand followers on her Facebook page.  She is always giving shout outs to the businesses she works with.  It’s genuine but it is also calculated as she is not paid for it but she is looking to direct her followers to select businesses either 1) because she works with them professionally or 2) she wants to work with them professionally or she wants to leverage their contacts for new business.

And just recently (as I was writing this blog post!)  I happened to see that Jack Newton, Founder of CLIO used his Twitter feed and following of several thousands to give a shout out for his author friend who had just written a book and asking people to check it out and buy if they are interested.  This is a perfect example of what I am talking about.

So, let’s flip that on it’s ear.  You are a small business attorney.  You’ve done great work helping a startup which is now flourishing. They’ve got hundreds, if not thousands, of followers combined on their Facebook business page and their Instagram business page.  You have a sizable audience, too. Historically, some more assertive lawyers have asked for testimonials in the form of a Yelp review (which remains a great choice but that’s one-sided). Now imagine you ask them for a shout out on their business social media profiles and even personal profiles. Or imagine if you bartered shout outs.  They talk about you to their followers; you talk about their services to yours. They could also provide shout outs for you to the startup group pages they populate; you also do a shout out on your personal page.  It’s direct advertising to this client’s sphere of influence, the holy grail of advertising as it combines the important ‘know, like, trust’ factor and is a more authentic referral. And you reciprocate. Or, you offer payment. The principle isn’t new.  The methodology and the use of the medium is.

Imagine now, that you want to get to the following of someone who is not a client and you do not know personally but they have monetized their following by giving endorsements or shout outs. They don’t have to be major celebrities. They just have to be celebrities to their massive following who you want to reach.  You get my drift?  Since they already do paid endorsements and/or shout outs, find out if you can get them to do a shout out for your services (the same way radio personalities do endorsements and/or shout outs for products and services).  And I guarantee you it will be much cheaper and much more effective than traditional methods of getting your name out there. Why would you do this?

Influencers work hard to communicate and engage with their audience, they respond to comments, answer concerns, and create content relevant to their followers based on common interest.  This is a level of accessibility and engagement that audiences do not receive from mainstream celebrities. As a result, when an influencer endorses a product or service, their followers view it akin to a recommendation from a friend or family member.  When you consider that 92% of consumers turn to their peers for purchasing advice, the reach of the influencer is long.

In a world where every business seems to employ the same marketing tactic to receive online traffic, consumers place a higher level of trust in other consumers than they do in traditional advertising.  At least 60% of consumers say they seek user-generated content and reviews before making a purchasing decision.

Influencers offer the authenticity that buyers trust. Their relationship with their audience is not centered around selling merchandise, but rather, around informative and relevant content that interests their followers. When an influencer tells your brand’s story, it comes from the perspective of a consumer, rather than that of a business or marketing strategy.  Influencers can address pain points that affect their followers, and market your products and services in a way that resonates with their audience and addresses those pain points.

Influencers Thrive in the Digital World

Ninety-one per cent of adults who regularly spend time online use some type of social media, Facebook alone hosts almost 2 billion active users every month. Regardless of the industry you operate in or the demographic you’re targeting, chances are your target market is on social media.  Of course, communicating with this audience is not as easy as it once was. Today, almost every business holds at least one social media profile, and most companies also have an employee who oversees their online presence and manages feedback and engagement with their community. Smaller businesses with fewer resources, may not have the same advantages as larger corporations, but leveraging an influencer will help them increase their ROI.

SEO is a concern for businesses looking to increase their online presence.  According to recent studies, user-generated content accounts for at least 25% of search results for the world’s top 20 brands. Meanwhile, sites such as Facebook are promoting authentic user-generated content, to create and nurture personal connections on their platform. Leveraging an influencer for your content marketing efforts can enhance your search engine rankings in a shorter amount of time.  ~ 5 Reasons Why Social Media Influencers Are the Future of Digital Marketing