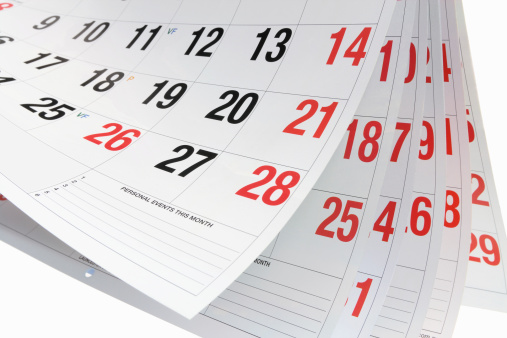 I believe most, if not all lawyers are all well aware of the value of redundant calendars if for no other reason than they recognize that having two is better than one.  Often there is a primary calendar and some sort of backup, which could be anything from a digital backup to a secretary’s paper calendar.  Some attorney’s go even further.  For example, in addition to a primary calendar and some sort of backup, there may be a secretary’s paper calendar, a card-based tickler system for critical deadlines, and a calendar kept in reception. While having multiple calendars can be a very effective risk management practice, if these redundant systems are simply copies of the primary calendar, that could be a problem.

As a backup, redundant calendars certainly have their place; however their real value can only be realized when they become independent from the primary calendar because mistakes happen.  Calendaring errors are behind a significant percentage of malpractice claims across the country and a common calendaring misstep is simply a data entry error, be it an incorrectly entered date or a date that never made it into the calendar.

With this in mind, ask yourself the following.  If you or a member of your staff incorrectly entered a date on your primary calendar or failed to glean an important deadline from a document so it was never entered, are you confident this misstep would be caught? If the answer is no, adjustments need to be made.

While there is no one right way to catch calendaring errors, there are two common approaches that can work for any lawyer other than one who is a true solo with no staff.  One approach is to assign calendaring responsibilities to two separate individuals.  This could be you and a staff member or two separate staff members. Regardless, both individuals need to be responsible for independently maintaining separate calendaring systems.  For example, you could choose to be responsible for maintaining your primary calendar in Outlook and your secretary would be responsible for maintaining a separate paper calendar.  Both need to see and work from original documents. In other words, there is to be no copying of critical deadlines off of each other’s calendar.

The second approach is to have a second set of eyes independently review the accuracy of all calendared entries placed in the primary system by the person responsible for maintaining that system.  As above, the second set of eyes would need to have in hand all original documents in order to make sure every important date was properly gleaned and accurately entered.  By way of example, you might assign calendaring responsibilities to your paralegal. Once his work is completed, all original documents are given to you so that you can double-check the accuracy of his calendaring efforts. Now one caution here.  Perhaps it’s been eighteen months and as the second set of eyes you have yet to come across a data entry error.  You no longer see any need to continue reviewing his work because he knows what he’s doing.  Resist the temptation to stop the review process for this reason because this process is about quality control, not competency.  Again, mistakes happen.

Now, one final thought for those of you who are true solos with no staff.  I wish I could offer a third approach that might be of use to you.  Unfortunately, I have yet to come up with one.  The best I can do is to encourage you to prioritize the process.  Create some sort of backup of your primary calendar because redundancy still has its place. Try not to calendar piecemeal throughout the day.  Set time aside so you can focus on this critically important task and take your time.  And last, but not least, double check that you have correctly identified and accurately entered all critical deadlines, preferably after allowing a little time to pass.  You want to see it with fresh eyes.