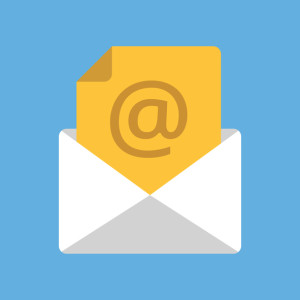 Lawyers using email to communicate with clients is the norm. There is usually an expectation and understanding that these communications are privileged. But, can the privilege be lost? Consider the following scenario. Scroll all the way down for the answer. Good luck!

Cyrus worked for the Company for 35 years. Many of his colleagues had retired but he still really enjoyed his job and planned to stick around a few years longer. This year he started to notice that assignments that he would routinely receive were now going to younger workers. He also noticed that he was being left out of meetings. Cyrus became increasingly anxious about his job and sought the advice of Alan, an attorney who handles employment discrimination cases.

Alan told Cyrus to make a record of any situations that occurred where he thought he was being treated unfairly. Shortly thereafter, Cyrus learned that the territory that he spent years building up was reassigned to a younger worker and he was given a less desirable territory. Outraged, he went to his office and made a list of everything that was happening and sent it to Alan. Alan responded to this email and a series of later emails he received from Cyrus about how he was being treated; and gave Cyrus advice as to what he should do if he wanted to file a lawsuit.

Ultimately, Cyrus brought an age discrimination claim against the Company. Grace, the Company’s hired gun, obtained copies of the emails between Alan and Cyrus through the Company’s server and sought to introduce them in the case. Alan vigorously argued that the emails were protected by attorney-client privilege; and passionately expressed his belief that Grace should be sanctioned for trying to make a run around the attorney-client privilege.

The correct answer is it depends on the jurisdiction. This question is based on ABA Formal Opinion 11-459 (August 4, 2011) which is entitled “Duty to Protect the Confidentiality of E-Mail Communications with One’s Client.” In general, a lawyer may transmit information related to the representation of a client via email without violating Rule 1.6 Confidentiality because the transmission affords a reasonable expectation of privacy. However, clients may not be afforded a “reasonable expectation of privacy” when they use an employer’s computer to exchange emails with their lawyers. The ABA Opinion advises lawyers to assume that an employer’s internal policy allows for access to the employee’s emails sent to or from the workplace device or system; and to advise clients against using the workplace device or system.

There are some jurisdictions that have found that the privilege still applied when the employee is using a personal password-protected email account that was accessed from the company computer. Other jurisdictions have found that even though the employee transmitted emails through the use of a personal password-protected account the emails were not privileged.

In failing to warn his client about communicating with him from the Company computer, Alan potentially put Cyrus’ age discrimination case in jeopardy; and he also exposed himself to a risk of becoming the subject of a disciplinary or malpractice claim. As always check the ethics rules and the cases in your jurisdiction.