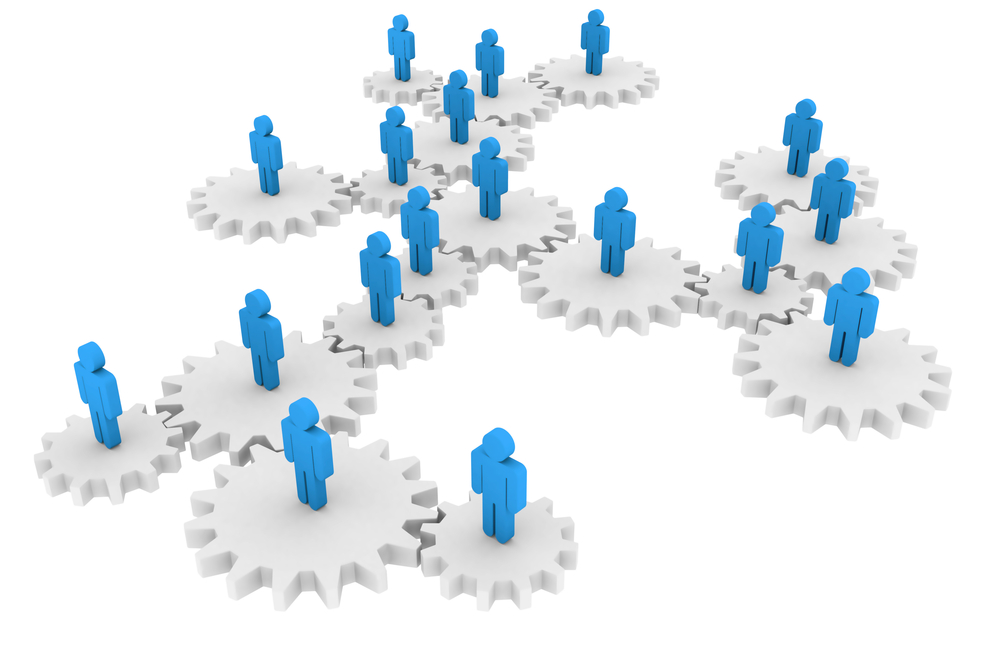 In my last Solo Practice University® posts, I provided a very short list of various business development activities and said I would expand on those to show you how to use to grow your book of business. Today we are going to start the discussion with Networking.

One of my favorite definitions of a network is from John Naisbitt. In his book, Megatrends, written in 1982 he said that

“Networks are people talking to each other, sharing ideas, information and resources.”

He also went on to say that

“networking is a verb, not a noun. The important part is not the network, the finished product, but the process of getting there – the communication that creates the linkages between people and clusters of people.”

The key is that networking is about sharing.

Networking and the networks you build are not one way streets. You cannot go to your network and ask for help without being willing or able to offer help as well.

One of the laws that they do not teach you in law school is called the Law of Reciprocity.

The Law of Reciprocity says that people always try to pay you back for anything that you do, either to or for them. In a positive sense, it means that whenever you do something nice for another person, you create within that other person a sense of obligation. Since no one likes to be under an obligation to another, the other person will do everything possible to free themselves from this sense of obligation by paying you back, usually by giving you far more than you contributed originally.

Think of it like this. Have you ever been taken out to lunch or dinner by someone?  Isn’t your first thought “next time it’s my turn.”  And when you do, you inevitably take them a little nice place they did. This leads them to a sense of obligation for them and they will then take you to a nice place and so on.

When you give to others, without expectation of return, you will find yourself getting so much more than you ever hoped.

And you don’t always have to give referrals – you can give other things, support, time, information.

While what you may be seeking are referrals, it is important for you not to look for a quid-pro-quo relationship with everyone in your network. Not everybody is going to be able to refer you a new client, but they can give back in other ways.

A few years ago, I sent a colleague a referral. Imagine my surprise when I received back a thank you in the form of a great gift. To me this was just as nice as getting a new client.

Networking is a Skill

Here’s a cool fact: networking is a skill.

Not everyone is born a natural networker. There are so many people who are uncomfortable in social situations that the idea of going to networking events actually makes them queasy. Remember, you are not alone in this and during this series on networking I will show you how to network even if you are painfully shy.

The definition of a skill is

“proficiency, facility or dexterity that is acquired or developed through training or experience.”

What this means is networking is a skill that can be learned.

However, the one thing that this definition does leave off is the fact that skills can only be mastered through practice. Deliberate, focused practice.

I recently saw documentary on Michael Jackson. Interestingly, there was a scene in which Kobe Bryant, who was a friend of Michael’s, said he once asked Michael how much he practices dancing.   To which Michael replied that the dances every day until he can barely stand.   The King of Pop, who we thought of as a prodigious dancer, actually made time to learn the craft and practice every single day.

There are numerous stories out there of Larry Bird the legendary Celtics player shooting 500 free throws every morning before school. Even those so called prodigy’s like musicians still make time to practice every single day.

(Even with Social Networking, in which you can sit behind your desk to meet people, is called networking for a reason, you have to get out and meet people)

A New Way of Thinking About Networking

Networking is any time you meet with another person.

Networking is the art and skill of creating relationships and then being able to leverage those relationships into business opportunities. And let me just say that Rainmaking = Relationships.

So this could be done one on one, in person, via telephone, via skype or even on line through social networking venues such as LinkedIn, Twitter, Facebook, etc. It can be done at networking events and at conferences.

It is meeting and creating relationships with other human beings.

This means that you can network with people anywhere including parties with friends, or game nights, at the kid’s soccer games, or at play dates, whenever you are standing in line.

And when I say relationships, I don’t mean having that person become your best friend; that takes time. I mean, is there some way that you can provide that person with something they need, including information about something in which they are interested.

One of the reasons that most people don’t like those networking events is because they seem opportunistic to them. It feels slimy to them to go and hand out business cards looking for new work.   And I would agree – because that’s not an effective way to network.

What you want to do is to find ways to collaborate with the person you are meeting. As much as you want to know, “how can they help you?” you should be so much more concerned about how can you help them.

Remember, give to get. Find ways to make the relationship just as profitable to them.

In the next post, I will explain the most effective way to attend networking events and conferences and some of the ethics rules you need to know when you are meeting with others in networking settings.

One comment on “Networking Effectively and Ethically Part 1: A New Way of Thinking about Networking”