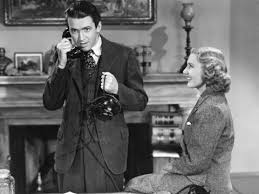 This title is used tongue in cheek as the rezoomer’s spotlight falls on Eric Raudenbush. He is completely the bomb of rezoomers. Eric decided to stay home and pursue a passion for song-writing while tending to his first son. This decision came with all the warts and pimples you can imagine. His wife, also an attorney, was brilliant in empowering Eric to pursue his passion. Eric was courageous in stepping away from the law for eight years to try his hand at songwriting while being “Mr. Mom.”

With this role reversal came the difficulties surrounding a male holding the primary caregiver role in his family. As Eric stayed home with the kids, trying his hand at song writing he and his wife lived off Dupont Circle in our nation’s capital. He found in this venue his transition from full time attorney for the Federal Housing Finance Board to songwriter, stay at home parent, went pretty smoothly. His planned six-month sabbatical turned into an eight-year absence, which included a new son, remodeling his condo and a move from DC to Virginia.

Through it all Eric felt his choice was spot on. From beginning to end, his eight years away from the law were wonderful. The only niggling doubts that surfaced usually were due to comments made by colleagues such as he was “torpedoing his career” or from the askance looks given to him by other parents. This was especially true once Eric and his family moved to the suburbs of Virginia.

Why is that I asked? Eric said, “Although it was not necessarily common [to see stay at home dads walking the streets of DC], there were certainly enough stay-at-home dads in the city that it was not viewed as being strange. It was not like that in the suburbs. Being a stay-at-home dad did not compute with the denizens of the suburbs—I would get blank stares or looks of pity when I tried to explain our Family’s set up to the moms at the bus stop.” In retrospect, as a former stay-at-home mom [SAHM] and PTA vice president, I hope I welcomed the several stay-at- home-dads [SAHD] who were invaluable to the PTA. I didn’t think it was strange or that we looked at SAHDs with pity. We SAHM likely didn’t know how to react!! Yet when wrapping paper and book boxes arrived for fundraisers we were mighty glad to have several SAHDs by our sides to lift those heavy boxes!!

In 2009, Eric and his wife discussed the reality of his going back to work. For Eric, the isolation of the suburbs accelerated his return. Although he would have loved to have stayed at home with his youngest son, he knew he needed a change. He heard an ad on NPR for Linda Mercurio’s [Solo Rezoom Spotlight February 2017] original program for the Washington College of Law’s [WCL] Lawyer Re-Entry program and took the plunge. Several of the rezooming exercises done by Eric made the decision to return to work easier and more focused. He discovered the work he’d done at his old job with the Federal Housing Finance Agency, now called the Federal Housing Finance Association [FHFA], still drew his attention. He interviewed for a position at the FHFA after he finished the WCL re-entry program but did not get it. He was disappointed yet felt, “It just wasn’t meant to be.” Eric stayed focused on the job search and a year later FHFA came calling. Another position opened up and they knew he was the right lawyer for the job.

When I reached out to Eric he felt his story was really atypical of a rezooming attorneys’ experience since he returned to the job he left. He asked how may of us can do that? I believed his story was incredibly rich because it had so many nuances that my fellow sabbatical attorneys can relate to. Why not see if what you did still appeals to you? Looking at things with the fresh eyes of your recent experiences may make a big difference in how you see things. Eric told me what once seemed boring now was satisfactory as he looks at it from a “Perspective [of] being older — and possibly wiser.”

Eric’s three tips will resonate with each of my rezooming colleagues and those considering rezooming.

First – Take your non-legal experience seriously. Eric says, “I’ve met plenty of Scout/Sports/PTA moms (and dads) that could run a cooperation as well as anybody. Value your experience – don’t apologize for it

Second – Don’t always think you need to do something new as you rezoom. Eric found that working in an area in which he already had experience was more satisfying than it had when he was younger.

Third – Get your foot in the door and do good work. “No one will care about your years out of the market after you have been back in the saddle for a year.”

Finally, Eric told me, he has a lot more confidence now” and “feels like his old professional self, but better. “ This is such a wonderful story that transcends so many rezoomers’ journeys. I am grateful to Eric for sharing it with all of us. Read it and get inspired. Then get out there and rezoom!