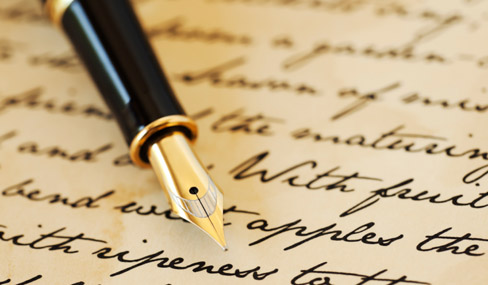 Musings of an Editorial Purist

Some years ago, I recruited a tyro attorney for the firm.  We received a raft of résumés, most accompanied by cover letters.  My staff culled them and forwarded roughly a dozen for my review.  The result was eye-opening!  Except for three-or-four responses, the submissions  included a mélange of incorrect punctuation, spelling or grammar and language usage; poor organization, inappropriate text; some more than others–all unacceptable.  Some candidates who opted to include a writing sample shouldn’t have bothered.  You name the problems–they were all there!  And if this is the way they communicate in trying to land a job, what are the odds that they will be better if hired?  Not much.  The problems in the intervening years haven’t abated.

What was–and remains– difficult to understand is that the deficiencies in written communications, in substance and/or style– were from law school graduates–some admitted to practice, others studying for the bar.  It raises some troubling questions.  Have we lowered our standards?  Do some young people– lawyers or otherwise– care about how to communicate in writing to others, in business as well as personal contexts?  Are they just sloppy, lazy, improperly taught, or what?

A key factor leading to deficiencies in writing skills is the explosion of technology.  A generation has grown up with texting, emails, etc., favoring incomplete sentences, as well as abbreviations, symbols, etc. that are unintelligible to the uninitiated.  Writing in complete sentences is on the wane in favor of snippets.  As many millennials or younger opine, why bother to learn how to write when the answer is just a keystroke-or-two nearby?  Some might argue that, with regard to attorneys doing legal research, depending on others’ research, available via a variety of websites, such as Westlaw and Lexis/Nexis, may well have pitfalls, such as using electronic resources as a crutch instead of honing reasoning and legal research skills.  (In the interest of full disclosure, I have relevant experience, including a stint at the Dayton-area corporate HQ of Lexis/Nexis.)

At the same time, technology offers distinct advantages to the writer.  From my perspective, over the years, I have authored written and edited books, magazine and journal articles, newsletters, etc.  In preparing manuscript, pre-computer–I had to cut-and-paste a lot–in the true sense of the phrase– with scissors, glue, etc.–the whole ball-of- wax.  Today, it is so much less time-consuming; cut-and-paste is accomplished with a few clicks.  It makes all the difference in organizing, writing, editing, etc.  My experience, of course, is not unique.

Bottom line, for many who want to put forth their candidacy or communicate with a current or prospective client, yet don’t take time and effort to make sure it passes muster, it’s a lost cause.  As the saying goes, “You don’t get a second chance to make a first impression.” In the last analysis, the computer can’t take all the blame.  Sloppy habits and a lack of motivation are equally to blame.  After all, referring to another aphorism , “Excellence is a matter of doing a lot of small things right.”

Where Do We Go From Here?

For those who are “challenged,” here are a few practical hints to improve writing skills:

–Say what you have to say, and stop.  At your job, you may be asked for a synopsis, a short report, whatever.  Get to the point.  While it’s harder to write short than long,  it’s well worth the effort.  It helps ensure that those who are tasked with reading your report, article, proposal, etc., won’t toss it into the circular file before finishing.  After all, the kitchen sink is already full to the brim.

–In a related vein, a brief outline often helps, keep in mind the message you want to convey, and how best to get there.  Use subheadings and bullet points, etc., as appropriate.

–Proofread your text.  Review it for spelling, grammar, punctuation, accuracy. (For those who need a basic refresher course, needless to say, it’s well it.)  Most important, in line with the assignment, does it get the message across?

–To many, practice makes perfect.

–Your professionalism is on display in your communications –written as well as oral, including reports, proposals, articles, letters, resumes, writing samples, etc.

–If your specific writing sample  (perhaps a draft), is revised, take constructive criticism with a positive attitude.  In this regard, I am reminded of my time as editor of Bar Leader magazine, a publication of the American Bar Association with a circulation among elected and staff officials of state, local and specialty bar associations.

On one occasion, a reporter on my staff–let’s call her Cathy—a talented reporter, submitted a manuscript that was sub-par.  I asked her to come into my office, closed the door, and said, “Cathy, this is unacceptable, pointing out a couple of significant shortfalls.  Her answer:  “I know, it’s not very good, but thought you would fix it.” Bingo!  My response, “While I am your manager, I am not your crutch.  It is your responsibility is to make the manuscript the best it can be.  That’s all I ask of you.  If it falls short, I’ll suggest approaches to help make it acceptable.  Then, give it another shot.”  To make a long story short, Cathy worked on it further and her second effort, with a few minor corrections, was a significant improvement, passing muster.”  She said, “George, you gave me the motivation to do a great job, which I fleetingly lost sight of.  Thanks.”  I responded. “Cathy, it’s my job.  Remember, your name is listed in the byline for your pieces as well on the masthead. “ Enough said!  The lesson:  Take pride in your work and always give it your best shot.

–If you’re not in an editorial setting and need help, there are many resources to investigate, including classes, to improve your writing skills.  As might be expected, the Internet is a good source, as well as some of your contacts.

–Clarity is a virtue. Obviously, making yourself understood in written communications, documents, etc. is an imperative.  In moving toward this goal, it is not necessary to use a plethora of five-and-six-syllable words to be understood.  Indeed, it generally has the opposite effect.  In addition, communications should be addressed to specific constituencies most familiar to the audience, e.g, professionals, business people, and laymen.

In this regard, as an aside, some lawyers are especially challenged.  They graduate from law school, full of a lot of Latin and other terms.  And this so-called “legalese” has a tendency to follow them throughout their careers–often to their detriment.  It has been defined as “the language of lawyers that they would otherwise not use in ordinary communications but for the fact that they are lawyers.”  In this regard, I recommend to readers of this blog my contribution some months ago, “English: A Second Language for Lawyers.”  Also, you may want to explore membership in SCRIBES, the Society of Writers on Legal Subjects.  (More years ago than I want to remember, I was a founder and incorporator of the organization still going strong, which allowed me to “exercise” my passion for the written word.

Over the years, one of my passions has been carrying the flag for “Plain Language,” which can be utilized in legal and financial communications, and documents.  Among the writing maxims:  (1) Use short sentences;   (2) Write like you talk;  (3) Avoid hackneyed or trite words;  and  (4) Use the active voice.