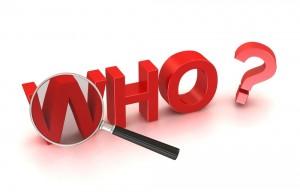 From time to time I get involved in conversations with lawyers who have called in with a question or concern and as we talk through the situation it becomes clear that part of the problem is the lawyer doesn’t know who his client is. These are the times I find myself asking “How in the world does this happen?” Here is one example.

A long-term client met his lawyer with his non-client sister in tow. These two siblings had real concerns about the seeming unwillingness of their parents to follow through with some necessary estate planning. The kids were well aware that upon the death of their parents and in the absence of an estate plan the tax situation could be devastating.

This lawyer agreed to get involved and see if he could help. The kids made the introduction, and as an extra incentive to help move their parents along, even agreed to cover the lawyer’s bill. The lawyer met with the parents and got the ball rolling. There were additional conversations with the kids and parents but over time it became clear that the parents just couldn’t commit. The lawyer allowed things to remain in limbo for a while; then, as it often does, the unexpected happened. The parents were killed in an unfortunate accident. The tax consequences are going to play out as feared. The lawyer believes the kids are not his clients; but of course, the kids see it differently. As so succinctly stated in the film Apollo 13, “Houston, we have a problem.”

The issue of not knowing who the client is occurs more often than some might think. Yes, in many situations who the client is is quite clear and that clarity will remain throughout the course of representation; but the story shared above is just one of a number that could be shared. Confusion over who the client is can and will arise in a number of practice areas. An interesting question for me has been is the failure to determine who one’s client is an ethical misstep? While there is no direct rule that speaks to a lawyer’s obligation to determine who and who isn’t a client, several rules are certainly implicated. Rules 1.1, Competence, 1.2 Scope of Representation, 1.4 Communication, 1.7 Conflicts, and 4.3 Dealing with Unrepresented Persons immediately come to mind.

Comment 5 to ABA Model Rule 1.1 states the “Competent handling of a particular matter includes inquiry into and analysis of the factual and legal elements of the problem.” If we are to keep our clients reasonably informed (Rule 1.4) in order to allow them to meaningfully participate in the decision making process of their legal matter, If we are to abide by our client’s decisions (Rule 1.2) concerning the objectives of representation, if we are to comply with our obligations to avoid concurrent conflicts of interest (Rule 1.7), and if we are to clarify our role with unrepresented persons with whom we must interact with while representing a client (Rule 4.3) we can only do so with a clear understanding of who the client is. The only way to get there is to remember to stop and take the time at the outset of every new matter to review the fact pattern and make that determination in accordance with Rule 1.1. The failure to do so is simply asking for trouble from the get go.

That said, the issue is really more of a malpractice concern than an ethical problem. Here are the more common missteps I see. The lawyer never takes the time to make the determination and thus doesn’t know who the client is. The lawyer fails to stay within the boundaries of her role and begins advising non-clients as the representation progresses. And finally, the lawyer fails to clarify her role to non-clients from the very beginning and confusion reigns. All three missteps can easily lead to the unintended creation of, and far too often unrecognized, attorney client relationships that can eventually result in all kinds of problems for the attorney.

To avoid these problems a lawyer must take the time to determine who the client is from the outset and then, if and when circumstances change during the course of representation, repeat the process as necessary. The analysis called for can at times become very fact specific. Start by determining to whom your duties and loyalties will flow if you take a new matter on. Think about whose confidences must be maintained. This step in and of itself can help clarify the situation. While it’s tempting to conclude that you will be representing the person you will be primarily interacting with while providing legal services, that’s not necessarily the case, particularly in the context of handling corporate matters. Others will too quickly conclude that the client is going to be the person who will pay their bill. Again, this isn’t always the case. You might also focus on the scope of representation. What are you being asked to do? Who will be relying on your legal advice? Will the representation bring about any conflicts? The answers to these questions will often provide further clarification.

Once you know who your client is, specifically identify the client by name in your engagement letter. Particularly when dealing with corporate entities, it can be just as important to similarly document who isn’t your client. This step is essential because failing to do so is a way of giving yourself permission to avoid going through the necessary analysis just discussed. In addition to documenting who is and perhaps who isn’t your client in your engagement letter you should also set forth the scope of representation. Defining the scope of your work further solidifies your role, not only in your mind, but also in the minds of those you will be interacting with going forward.

Finally, once you have clarified who is and who isn’t your client and thoroughly documented such, there is value in periodically taking a moment to review what you initially concluded as the course of representation evolves. Sometimes circumstances change. Sometimes non-clients become confused about your role. Sometimes you begin to get confused yourself. Regardless of the reason, take a little time to make sure you’re still on the right track and, if necessary, have whatever conversations are called for in order to make certain all non-clients remain clear as to your role and then document these conversations. Yes, this may take a little extra time, but I know at least one lawyer who would tell you taking that time is well worth it.

One comment on “Do You Know Who Your Client Is? Here’s a Strange (But Common) Situation.”