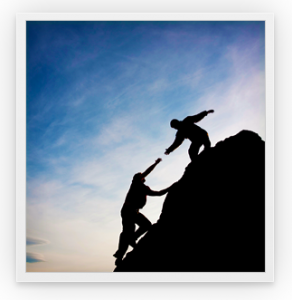 When I started in practice back in 1982, I regularly received tips and advice from more experienced attorneys. Sometimes I asked, but very often it was unsolicited. I was generally receptive to this, though often skeptical about whether they really knew how things were now. After all, some of these attorneys had been practicing for 50 years, which means they started practicing in 1932!  Like, at the beginning of the Great Depression.

So, I listened, knowing there were some truths being told, but doubting they would apply to me, in the here and now of modern day 1982.  Many, many times I knew better, kept my own counsel, and handled my clients and my practice as I thought best.

Well, law practice is one tough go.  Hard lessons get learned, sometimes over and over and over.  Many of those lessons were in fact explicitly told to me by the old-timers.  Maybe experience is the best teacher, but it sure can be painful.

So now, with the benefit of hindsight, I can humbly say…

Here are some things I wish I had understood clearer and earlier.  I am providing this list, which I think still applies now, even though when I started in practice back in 1982…

There were no faxes, no internet, no Fedex, no cell phones, very little word processing, and many other Stone Age aspects of practice.  They were right in telling me:

I hope these nuggets of truth about law practice are as helpful to you as they should have been to me.

PS – If you have any doubt about the timelessness of issues confronting attorneys in practice, I offer the following quote from a lawyer who practiced in the 1830’s –

Discourage litigation. Persuade your neighbors to compromise whenever you can. Point out to them how the nominal winner is often a real loser – in fees, and expenses, and waste of time. As a peace-maker the lawyer has a superior opportunity [sic] of being a good man. There will still be business enough.

Never stir up litigation. A worse man can scarcely be found than one who does this. Who can be more nearly a fiend than he who habitually overhauls the Register of deeds, in search of defects in titles, whereon to stir up strife, and put money in his pocket? A moral tone ought to be infused into the profession, which should drive such men out of it.

The matter of fees is important far beyond the mere question of bread and butter involved. Properly attended to fuller justice is done to both lawyer and client. An exorbitant fee should never be claimed. As a general rule, never take your whole fee in advance, nor any more than a small retainer. When fully paid before hand, you are more than a common mortal if you can feel the same interest in the case, as if something was still in prospect for you, as well as for your client. And when you lack interest in the case, the job will very likely lack skill and diligence in the performance. Settle the amount of fee, and take a note in advance. Then you will feel that you are working for something, and you are sure to do your work faithfully and well.

There is a vague popular belief that lawyers are necessarily dishonest. I say vague, because when we consider to what extent confidence, and honors are reposed in, and conferred upon lawyers by the people, it appears improbable that their impression of dishonesty is very distinct and vivid. Yet the impression, is common – almost universal. Let no young man, choosing the law for a calling, for a moment yield to this popular belief. Resolve to be honest at all events; and if, in your own judgment, you can not be an honest lawyer, resolve to be honest without being a lawyer. Choose some other occupation, rather than one in the choosing of which you do, in advance, consent to be a knave.

4 comments on “21 Pieces of Advice for Every (New) Lawyer”