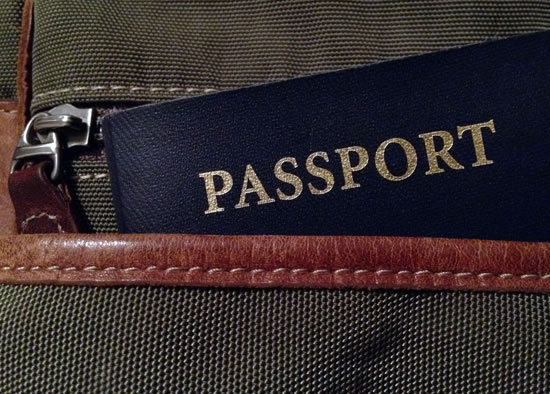 In September I attended the Clio Conference with Solo Practice University faculty member, Suzanne Meehle.  We went in two days early to walk Chicago and walk we did!  We must have put in fourteen or fifteen hours pounding the pavement and loving every minute of it.  During that time she developed a nasty blister on her foot which eventually ‘unroofed’ (yes, that’s a medical term) and subsequently got an infection in the same foot. It was not pleasant and I’ll spare you the gory details.  She knew she had to see a doctor to get some type of antibiotic because the skin was red, hot to the touch and spreading.  She immediately grabbed her iPhone, searched the area for a walk-in medical clinic but it was Sunday so the nearest one was closed. The next nearest one was quite a distance by foot and she was having a hard time walking. In addition, she was frustrated as she didn’t want to waste Sunday sitting in a medical center. She had insurance and, overall, money was not as big an issue. Confusion over where to go in a city she was completely unfamiliar with was frustrating and convenience was paramount.

I suggested she call the concierge because she couldn’t possibly be the first person traveling from outside the area who needed non-ambulance worthy medical attention and didn’t know where to go.  I imagined they must have a doctor on call.  Sure enough, they did. (Now, for you much more seasoned travelers, you may already have had this experience but it was a first for us and we’ve both traveled a lot!) Suzanne received a phone call from a ‘doctor’ who was referred by the hotel concierge.  He asked a whole series of questions, very thorough questions, and then said he has to consider her a new patient (which means he was available for multiple visits during one trip or available for that same person when they return to the area.) He would be able to come to the hotel within one hour to examine her.  He would collect a fee at the time of visit to be paid via credit card and she could submit the bill to her insurance company for any reimbursement she may be entitled.  She agreed to the terms prior to his making the house call.

Within 45 minutes the ‘doctor’ was at our hotel room door.  He was hands down the most thorough ‘doctor’ I have ever encountered. He was gentle, thoughtful in his approach, addressed every question. He explained every variable, detailed why he ruled out possible medical conditions based upon their in-depth conversation, and then concluded with the diagnostic. He called the local pharmacy for the right antibiotics to be picked up around the corner and told her how she could still care for her foot without compromising the day we had planned. He volunteered to share the information via phone to Suzanne’s sister who is a doctor so she would know what was going on as he realized Suzanne was relying upon her sister’s initial ‘over-the-phone’ diagnosis. He wasn’t on the clock with an office full of patients.  He was thoroughly engaged with Suzanne and her needs. Both Suzanne and I wanted to take him home and make him our permanent internist.  Now that’s saying something as we already love our doctors.  I could wax poetic about his bedside manner as he is well-deserving.

But what struck me most was when I asked him if he was a doctor which is why every time I mentioned doctor prior to now I emphasized it.  I assumed he was a Physician’s Assistant (PA) or, if he was a ‘doctor’, he was brand new.  Well, I was wrong on both counts.  He is a full-fledged medical doctor and has been practicing for twelve years (young guy). He only does house calls and through a company that contracts with these doctors to offer house calls or concierge medical appointments.  My further assumption at this point is that they only collect their fee directly from the patient as most out-of- state travelers would be out-of-network for their insurance coverage anyway.  By doing this they don’t have the hassles of dealing with the insurance companies, the reduced fees paid by same, or patients who give false information never to be found, again.  He gets a significant cut of each visit without maintaining the overhead of a doctor’s office.  The fee was $400.  You do the math.

My next thought was how many lawyers are offering concierge lawyering and house calls to those foreign to their jurisdiction or even this country?  While this wouldn’t be realistic for most practice areas, there are practice areas where it could work. Imagine if someone is traveling to another state and they or a family member gets arrested but don’t want a public defender and have the funds to pay a private criminal defense lawyer?  What if the potential client is traveling from another country and foreign speaking and can afford a lawyer but doesn’t know how to find one or one who would be willing to come to him and speaks his language? What if someone is traveling and they or a family member have an accident, is hospitalized and wants to create a will, health directive or durable power of attorney?  What if they are hospitalized for quite a while and want to engage a local personal injury attorney?  Should they just randomly look in the phone book or online?  They could.  And maybe they’ll find you. But what if there were a concierge lawyering service available 24/7?  Isn’t there a class of client who would pay for this type of on-demand relationship with a quality lawyer, especially when they are in an environment where they have no pre-existing attorney/client relationships and the matter rises to the level of a legal emergency?  Imagine the solo/small firm lawyer smart enough to establish a relationship with major hotels, conference centers, hospitals, even airport information counters in their city to offer such a service? (We’re not talking about unsolicited visits to hospitals or issues of duress or any activity which would trigger an ethics violation).  We’re talking about an activity where you can charge a premium, swipe it on your credit card (which he did on his ipad with a card reader and then emailed the receipt and diagnosis to Suzanne’s email), create retainer agreements, get legal signatures and represent a traveler who simply has no idea where to turn in this unexpected situation.

The only potential fly in the ointment is if the relationship established through the hotel or hospital or any facility like a nursing home or airport ultimately involves any exchange of services or goods and as such is deemed a referral fee paid to a non-lawyer in violation of the rules of professional conduct.  I’m sure there is an ethical work around.

Now, I did google search terms such as  ‘Lawyer on Call’, ‘Concierge Lawyer’ but found nothing relevant or very old sketchy links.  This idea needs hustle as it’s not the same as a client seeing a lawyer in the court house and retaining her. Nor is it the same as you calling a friend in another state and asking for the name of a good lawyer.  This is very different. This is for an enterprising attorney who sees the opportunity to develop a nice income stream to supplement their practice by being The Traveler’s Lawyer On Call.