This guest post was written by Seattle attorney Dan Lear.

I read Susan’s recent post titled “If You Had To Do It All Over Again, Would You Go To Law School?” about James Blount Griffin. In that piece Susan quoted James saying:

Don’t go to law school unless you are willing to play the most common end game: solo practice.

It reminded me of another couple of posts that I read by Jordan Rushie a well-known and well-spoken blogger at the Philly Law Blog warning pre-law students that that if they don’t want to be involved in representing others then they shouldn’t go to law school:

Do you actually want to be a lawyer and represent people (or corporations, or the state, or whoever)?

If the idea of getting clients and then representing them in court sounds awful, then law is probably not the right career for you.

You can see his two posts on this topic here and here. 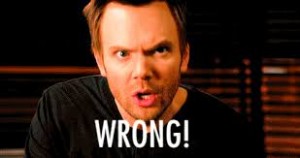 I want to challenge that assertion on a three grounds.

First, there are many examples of prominent, successful lawyers who did not and do not represent others in solo or small firm practice.

Second, we’re wrong to dissuade would-be lawyers who have aspirations beyond “representing people in solo practice” from entering the profession. We’re in dire need of some fresh, nontraditional, entrepreneurial thinking in the law and new blood can provide that.

Finally, though Susan’s, James’ and Jordan’s advice is largely directed at prospective law students we also need to encourage existing lawyers to think expansively, not narrowly, about how they can and should make their living and contribute to the profession and society.

There are many historical and present-day examples of lawyers who have found success outside of traditional solo or small firm practice. Most of the United States presidents have been lawyers. Gandhi and a number of other leaders of social movements were lawyers.  Diplomats are frequently lawyers. Politicians, public servants, executives and CEOs are frequently lawyers as are many non-profit leaders. As a side project I’ve compiled a list of dozens of well-known lawyers, past and present, who have gone on to do different and interesting things outside of law. They include comedians, television hosts, actors, writers, television and film directors, sports franchise owners, revolutionaries, restaurateurs, entrepreneurs, and many others.  Bloomberg Law’s great, but unfortunately now discontinued, series on Stealth Lawyers demonstrates the versatility that some people have found in a law degree.

More broadly, lawyers are “social engineers.” They are smart, articulate, and passionate people that are uniquely positioned to shape the broader social narrative because they understand how the infrastructure of our society, i.e. the law, works. While this kind of “engineering” can be done through solo/small practice representation, solo practice may not be the best place to do it and it’s certainly not the only place.

Today’s profession needs new ideas from smart, creative, enterprising lawyers so that we can all not only figure out how to survive in this changing economic landscape but also figure out how to live up to our broader mandate to serve the public, a mandate that we’ve somehow largely lost or forgotten.

The legal profession’s present challenges are many: crushing student debt, under and unemployment, access to justice issues that undermine public trust in lawyers, crowded courts, etc. In this environment, the last thing that we as lawyers should do is tell potential law school applicants that there’s only one way to practice law or, worse, that that there’s only one way they’ll end up practicing law. On the contrary we should be selling potential applicants on the wide variety of opportunities to make a difference that this evolving landscape presents.

If we tell enterprising lawyers that there’s only a small set of ways that they can should or will end up using their law degree we discourage them from coming to law school in the first place.

While solo or small firm practice may be the most obvious choice for a newly-minted law grad or even somewhat experienced lawyer who can’t find one of the precious few traditional legal jobs, there are lots of career paths for lawyers outside of the traditional band. Areas like eDiscovery and legal process outsourcing are growing. The burgeoning legal tech industry (companies like Axiom, Rocket Lawyer, LegalZoom, Clio and others) presents compelling opportunities to change the way lawyers practice and how the legal system functions. The sharing economy is booming and it has many legal regulatory and policy issues that those with legal training are well-suited to try to solve. Finally, legal education is in serious need of reform and reinvention.

It’s true that many of these roles are not traditional “law practice jobs” in the same way solo or small firm jobs are. In fact, you may have to shed your formal designation as a “counsellor” if you take one of these positions. But, if you’re not hung up on “being a lawyer” there are professional opportunities for lawyers that pay fairly well and provide a genuine way to “make a difference.”

We shouldn’t limit existing lawyers’ professional horizon to solo and small firms any more than we’d limit the horizon of new or prospective lawyers.

There is one caveat, or at least bump in the road, here: law school debt. Law school is extremely expensive, particularly in light of most law grads’ employment prospects. Whether in actuality or only psychologically, pursuing anything besides traditional or solo/small firm practice may seem particularly risky for a prospective law student or recent law grad in light of their student loan obligations. The high, and in my opinion inflated and exorbitant, cost of law school is a real and significant problem not just for new grads or prospective law students but the profession as a whole.

That said, are these “alternative” paths really any more risky than hanging up your own shingle? In light of the surfeit of lawyers who are all likely starting solo and small firms absent better opportunities competition at the solo/small level seems fierce.  I have no hard numbers or statistics to support this claim but it’s plausible that a lawyer pursuing a non-traditional path may be just as well off if not better off than one who enters the already overcrowded solo and small firm legal services market.
We do ourselves and our profession a disservice by advancing the notion that solo and small practice are the only paths for prospective and practicing lawyers. First, this just isn’t the case as witnessed by many lawyers who have found success and made an impact not only outside of solo and small firm practice but even outside of the traditional practice. Second, we can’t recruit the badly needed fresh ideas and perspectives into the profession in the form of new enterprising lawyers if we tell them that solo and small firm practice is their only or best option. Finally, existing lawyers need to know that there are options outside of traditional and solo and small firm practice not only to survive this difficult market but also in order to ultimately make a difference.

Solo or small firm practice is certainly one way to make a living and a difference as a lawyer. But it’s definitely not – and shouldn’t be promoted as – the only way.

Dan Lear is an attorney at Ragen Swan PLLC in Seattle. He is the co-founder of the Seattle Legal Technology and Innovation MeetUp Group a self-styled “legal hacking” group with over 200 active members. He blogs at www.right-brain-law.blogspot.com and is on Twitter at: @rightbrainlaw.

One comment on “Is Going Solo the Only Way To Use A Law Degree Today?”