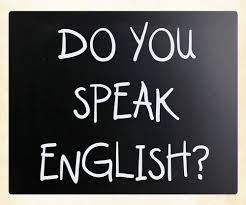 Many lawyers have become slaves to tradition.  The so-called time-honored words and phrases revered by lawyers are not only unnecessary; they tend to confuse rather than clarify.

In this piece, I will zero in on the argot–the legalese–used by lawyers in drafting wills and trusts and related documents. I do this because estate planning and administration has been among my preferred areas of practice. I have written extensively on these and other subjects for a wide range of audience levels.

The thesis–that lawyers can say it simpler and better–is illustrated in legal documents and applies to other documents, indeed to all forms of written communications.

Two caveats:  In setting forth my thesis, which is shared by many, attorneys should not confuse Plain Language principles and practice with legal “words of art.”  There are certain words and phrases that have a distinct, precise legal meaning, especially in legislation, and to substitute another common word, would be inappropriate.  An example is “Res Ipsa Loquitor, translated from the Latin as “The thing speaks for itself.”  Applied to airplane accident litigation, it is commonly used in briefs and court opinions to denote that “a plane doesn’t fall out of the sky by itself”—the incident speaks for itself in terms of negligence, product liability, or both.

Another language issue of increasing concern is the dumbing-down of proficiency in English by budding practitioners.  I have reviewed many hundreds of resumes and cover letters by aspiring attorneys who can’t put a sentence together or spell the simplest word correctly.  Some critics blame the computer revolution.  While it has some consequences, I don’t buy it.  It’s just sloppiness and an absence of pride in one’s work.  In any event, I digress.  Back to Plain Language.

Communication is the lawyer’s supreme objective. We often forget that our documents are supposed to communicate to a host of people who don’t understand our jargon.  Can’t we agree that a client has to have some inkling of the meaning of a document we prepare for him to sign?  If we have not communicated the sense of a document to a client, can we blame him for going to someone else or worse, believing he can do it himself?

A client should understand the document when he signs it.  However, considering the emotionally charged nature of a will’s execution, we can sympathize when our clients don’t remember everything we tell them just before they sign their documents.  Why run the risk of having a client call back several months or years later asking why something wasn’t included in his will, only to tell him it had been there all the time?  He either forgot it or, more likely, never understood it.

The real communication, in an adversarial sense, begins when the document becomes irrevocable, at the client’s death or otherwise.  After that, we can’t go back and say, “What I really meant was . . .blah, blah, blah.”

Unfortunately, most of us are not satisfied until we can create a legal document which is a lasting tribute to our own wonderful skills.  Dean Russell Niles of NYU School of Law (who I studied under) believed that “fine writing” interfered with the clear expression of thought more than any other kind.

“Legalese: the language of lawyers that they would not otherwise use in ordinary communications but for the fact that they are lawyers.”

Picking up the legal argot helps us to identify as members of the profession. It is our great distinguishing feature now that we rarely don the powdered wig and tailcoat.  Our initiation began on the first day of law school.  When responding to a classmate’s inquiry as to whether the scheduled torts class is to be held, the first-year law student is likely to respond, “I am without information sufficient to form a belief whether or not the class has or has not been cancelled.”  The English translation of that sentence, “I don’t know.”

Cleaning up Our Act: Some Helpful Hints

Avoid redundant, verbal garbage.  What’s the point of including a self-serving declaration that the client is of “sound and disposing mind and memory”?  As has been said, all paranoids think they are of sound mind.  Why do we necessarily imply that trustees are incompetent and ignorant of what they are supposed to do? Why convey assets to a trustee “in trust, nevertheless, to invest, reinvest and keep the same invested and [after paying all expenses incident thereto] to pay the income therefrom. . . .”  What do we suppose the trustee is going to do with the assets without these instructions: put them in a mattress?

Why is it incumbent upon us in drafting a will to “nominate, constitute, appoint, direct, will and designate” the individual the client wants to select as guardian for his minor children?  Most states recognize the court’s overriding power to appoint a minor’s guardian based solely on the minor’s best interests. Can’t we replace all that gobbledygook with the simple statement: “My brother, John, shall be guardian of my minor children.”

Use short sentences. The optimum length for a good technical sentence is somewhere between 17 and 20 words.  To avoid being misunderstood, we say what we have to say without regard for the conventional sentence structure most our readers understand.  Rather than using one sentence to  express one thought, or maybe one sentence and qualification of it, we use the Ole Man River style of drafting, which just keeps rolling along.

Draft like you talk. There is no reason for legal writing to be stilted, artificial or insipid; but it often is all three.  If we could only forget we went to law school long enough to remember what we learned in high school, we would improve our documents.

Use the active voice. The active voice is usually more direct and vigorous than the passive.  When they are overused, passive verbs result in wordy writing; they indicate indecision; they create vagueness; they have as much vigor as mush.  When used in long sentences, they sap the reader’s energy.

“Humpty Dumpty told Alice that when he used a word, it meant just what he chose it to mean—neither more nor less”. 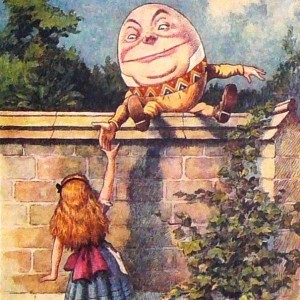 Use the present tense. The more we keep our documents in the present tense, the simpler they are to draft and understand.  Why do we need to say: “The executors shall be granted the power. . .” when we really mean, “I grant the executors the power”? Is the second example less clear?  It is shorter.

Avoid hackneyed, trite words.  There are as number of legalese terms we have come to love, cherish and beat to death with overuse. How much harm would we do our documents by eliminating such winners as “above-mentioned,” “aforementioned,” “aforesaid,” “hereby,” “hereinafter,” “said” (as a substitute for “the,” “that” or “those”), “same” (as a substitute for it”),  “whatsoever,” “whosoever,” “wheresoever,” “within-named” and “witnesseth.”

Avoid Redundancies. Redundancy means needless repetition—saying the same thing twice in different words.  If our drafting is clear enough to say what we mean, why do we need to repeat our words?  Do you give trustees greater power when you “authorize and empower” them to do something than they would have if you merely authorize” them to do it?  Is a “true and correct” copy any more valid than a “true” copy?  When something is “understood and agreed,” is it more binding than if it were merely agreed? The Tax Court doesn’t think so.  Relying on Black’s Law Dictionary, the Court rejected as “clearly without merit” the contention that “understood” meant something different than the word “agreed.”  The Court found the phrase “and agreed” to be redundant in this context and of no significance. (Estate of Siegel, 67 T.C. 662 (1977).

Those of us who draft often delude ourselves into thinking we do it well just because we have been doing it so long.  Unfortunately, the longer we do it, the more rigid we become.   The more rigid we become, the more we are persuaded that our way is not just the best way to draft something: it is the only way.  Even though language cannot be taught (they must be learned), ESL teachers can do certain things to help their students.  They are told to give the students a reliable model to imitate, to keep the students from being confused, to help the students stay interested, and to be cheerful in interactions with them.  A good model, indeed.

When it comes to reality, legalese registers as a London “pea soup” on Gunning’s Fog Index System.  The first step is to calculate the average length of a sentence within a 100-word passage.  This is done by dividing the total number of words by the number of sentences.  Next, a count is made of the number of words of three or more syllables in each 100 words of copy.  Proper nouns, easy compound words and some verb forms can be omitted from this count.  Then, the average sentence length and the number of polysyllabic words are added together and multiplied by 0.4 to give the Fog Index.

What happens when the Fog Index concept is applied to legalese?  Many of us initiates clearly understand the following classic residuary clause:

I give, devise, bequeath and appoint all of the rest, residue and remainder of my property and estate, real, personal, and mixed, of every kind, nature and description whatsoever, wheresoever situate, of which I may die seized or possessed, or to, or in, which, I may have any right, title or interest at my death, to my wife, Charlotte, if she shall survive me; provided, however, that if my said wife shall fail to survive me, I give, bequeath and appoint my said residuary estate to my issue me surviving in equal shares per stirpes and not per capita.

This statement would bewilder normal folks.  No wonder, according to the Fog Index. The 100-word sentence, replete with 13 words of more than two syllables (excluding the proper noun) yields a Fog Index of more than 45.

This presentation was adapted from a much longer article I prepared in conjunction with attorney Edward Schlesinger, a colleague.  I also served as substantive and copy editor.