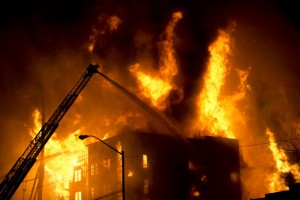 When the client came in with a case involving an out-of-state accident, attorney Martin Connelly knew he had to be careful.  He knew it was dangerous to assume that the statute of limitation in another jurisdiction was the same as that in his own state.  He knew there could be quirks and pitfalls.  On the other hand, it had been less than two weeks since the accident.  Connelly had time to do the necessary research, and he was confident he could identify the applicable statute of limitations.

Connelly’s client, Brandon Nelson, was a truck driver.  As he was passing by a fire station in a small Mississippi town, a fireman on duty drove a fire truck out of its bay, down the driveway and struck Nelson’s tractor-trailer.  According to the sheriff’s department report, the brakes on the fire truck failed, and the driver was unable to stop.  Nelson did not seek medical treatment at the scene and continued on his way.  Within a few hours, he began to feel tightness and pain in his neck.  Upon returning home to North Carolina, he sought medical treatment and was out of work for a few weeks.

After obtaining this information at the initial intake interview, Connelly did some online legal research and determined that the statute of limitations for a personal injury claim under Mississippi law was three years – the same time period that applies in North Carolina.  The law seemed to be straightforward, so Connelly calendared three years from the date of accident as the deadline for filing the complaint.

Connelly worked carefully and diligently to put together his client’s case.  He contacted medical providers, the client’s employer, and insurance companies for documentation of the claim.  Preliminary letters were exchanged with the liability insurance company for the Mississippi town.

Approximately a year and a half after taking the case, Connelly determined that everything was in order and it was time to present a settlement demand to the insurance company.  In response to his detailed settlement package, Connelly received a one-line letter from the carrier:  “This claim is governed by a one year statute of limitations which has expired.”

Connelly was stunned.  How could this be?  He had personally reviewed the section of the Mississippi Code governing claims for personal injury and found that the statute was three years.  After re-checking his research and scratching his head, Connelly decided to call a law school classmate who now practiced in Mississippi.  His friend quickly confirmed the bad news: yes, the general statute of limitations for personal injury is three years, but a one-year limitations period applies to any claim against a municipality.

Connelly was looking at a clear malpractice claim, despite the fact that he had been cautious and had done almost everything right.  The one thing he failed to do was to call his friend (or another Mississippi lawyer) at the outset.  It would have taken only a few minutes to make that call and get advice from someone familiar with the lay of the land.  Unfortunately for Connelly, he didn’t know what quirks and pitfalls might be lurking in Mississippi’s laws, so he had no idea where to look for them.

If you choose to undertake a claim that arose in a foreign jurisdiction, one of your first steps should be to request an opinion from an attorney in that state as to the applicable statute of limitations.  Doing so will discharge your due diligence requirement and will allow you to shift responsibility to someone else if an error is made.  You should expect to pay for the attorney’s services.  If you feel the claim does not warrant the payment of a fee for this advice, the claim is probably not worth pursuing.