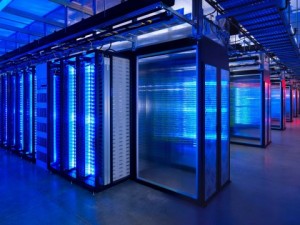 This post may be slightly off topic but there is so much discussion about Big Data and predictive or quantitative analysis:

Big Data—the neologism refers both to the bounty of information and to its analysis—is on the cusp of revolutionizing health care, scientific research, education, insurance, public health, energy policy, and national security.

I know I don’t have all the puzzle pieces on this one and it’s certainly not specific to solos. But I am speculating it may (or may not) just be a little more challenging for solos to access the requisite information they will need to represent their clients effectively.

While on vacation over the holidays I had the amazing opportunity and distinct pleasure of meeting Dr. Babak Akhgar   (This post has probably already popped up on his alert system and he’s going ‘what the heck’ as he puffs on his e-cigarette.  Hi , Babak!). I only had this good fortune  because our sons became fast friends over ping pong, beach volleyball and iPad apps.

Babak is Professor of Informatics and Director of CENTRIC at Sheffield Hallam University and Fellow of British Computer Society.

The initial research foci for CENTRIC are:
1. Applied knowledge management research in the security and intelligence domains – with specific focus on terrorism and organised crime
2. Use of communication technologies (from surveillance systems to the use of social media) in the promotion of public order, and the avoidance and resolution of crisis situations
3. Development of networks of expertise across Europe in issues of cybercrime and cyber terrorism
4. Professional skill development for Law Enforcement Agencies (LEA) and other relevant stakeholders

What most intrigued me about what Babak is doing in conjunction with many agencies including our own Home Land Security, major U.S. police departments and more is the global coordination of Big Data collection. (For you trivia buffs did you know that 90% of the data in the world today was created in just the last two years?) There are 2.6 billion people on the internet world wide so far that voluntarily provide through social media and internet use  open source intelligence.  The goal of CENTRIC is to uniformly analyze the data in order to predict behavior.  If behavior can be predicted then crimes can be prevented. (No, this is not Minority Report….yet).

Providing I understood our conversation correctly, this predictive behavior methodology has already stopped 12 active shooters (active shooters defined as those whose online behavior in conjunction with information collected from other sources manifested ‘intent’) from carrying out acts of terror, cybercrime, or cyberterrorism.  This means through analysis of social media in conjunction with other information, they were able to establish patterns of behavior and prevent acts of crime.  Listen to what he has to say.

When I listen to what they are attempting to do, on some level as a citizen I am comforted.  What if this global network of data was available pre-9/11?

Would Sept. 11, 2001 have been just another day if law enforcement could have connected more dots? What if we could have seen that all the hijackers on United Flight 93 had reported their passports missing and ordered duplicates? What if we could have connected that information with the fact that one enrolled in flight school in Florida and failed to change his visa from tourist to student status? How different the world would be if predictive analytics had revealed in advance what the 9/11 Commission uncovered in hindsight? (Data-Driven Crime Fighting)

What if it could have prevented the massacre at Sandy Hook? However, when I think about the legal ramifications and about individual rights and freedoms I’m a little more concerned.

Behaviors that fall under the radar might immediately become suspicious when viewed in broader context and correlated with other relevant information, much of it generally available on the Internet and social media. New intelligence can be acquired with less intrusion and cost than traditional surveillance, and with little or no authority and approval required. Analysis of this data can lead to new discoveries, but it can also corroborate existing analysis, confirm that investigations are on the right track, and help inform investigative policy decisions.

Will this open new categories of behavior which can be classified as criminal and prosecuted based purely upon ‘intent’ because of predictive patterns of behavior? Where is the line drawn for what constitutes prosecutable criminal ‘intent’? I leave that discussion for the criminal lawyers but on some level it reminds me of the abortion debate. When is a life a life?  Some argue at conception. Others argue when the fetus or baby can live on its own outside the womb?  My goal here is simply to start the discussion because it is every bit as important as the ongoing debate surrounding Snowden and the NSA (great Forbes piece reviewing the NSA in 2013).

Oh, and when it comes to private enterprise and protection of your information, he says Google is the worst offender. We all know Facebook is horrid and they are allegedly scanning our private messages so they can help target advertising.  With this capability who else is seeing our private messages? I think we may now know.

But it is precisely because these companies are so reckless and profit-driven when it comes to our information that our governments and the institutes they use to guide them will be able to use this global network to source intelligence to accomplish their goals, presumably to protect us.

What do you think?