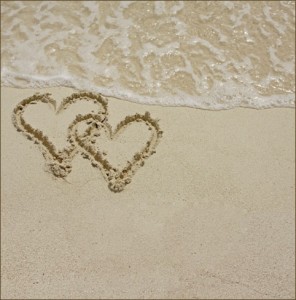 We were very fortunate to come out of hurricane Sandy virtually unscathed.  As many of you experienced, are experiencing, or heard, this was a monster storm which has caused upwards of untold billions in damages and who knows how many weeks of disrupted business and life in general.

But this post is about a company I’ve come to know and love for 11 years.  They are in my home every day and I depend upon them 24/7. They are an integral part of my life and I would be lost without them. It is the small, town-owned electric company (or electric distribution center) which services our area, Wallingford Electric.

They don’t compete with the Big Boys. They physically can’t.  They are a small, geographically limited company and we are blessed to be within their geography.  But we didn’t know it when we moved here.

When we bought our home we had no idea who provided electricity to our home. We assumed it was one of the giant publicly-traded corporate monsters, United Illuminating or Connecticut Light and Power.  I didn’t have a thought for this little company until our new neighbor said, ‘you know you get Wallingford Electric’.  Okay. So what?  I was actually annoyed because when I bought our electrical appliances I couldn’t get the EnergyStar rebates offered as my company didn’t participate in the program. I also thought that if we had a little rinky dink electric company we would suffer if there was a big problem impacting the electric to our home.  Sounded like having Wallingford Electric was a negative with our home purchase, not a positive.

Over the years we’d get periodic snow falls or rain storms and our local news shows would talk about the power outtages throughout the state.  I just thought we were lucky each time because we didn’t lose our power.  Then my neighbor said after one storm, ‘you know we’ve never lost power here in 30 years.’  I thought that was pretty cool. We were REALLY lucky. I knew our electric bill was surprisingly low compared to others.  One day, instead of throwing out the inserts in our monthly electric bill I started actually reading the newsletter.  They would always include a graph of what we paid month by month compared to UI and CL&P.  Now I saw I was also really saving a lot of money.  I’m kind of psyched I’m saving this amount of money.

Then one day one of our trees came in contact with the electrical line.  My neighbor said, ‘call Wallingford Electric.  They’ll have someone out in no time.’  Out they came.  Technically, they should have only topped the tree so as not to impact the electrical line.  I offered to throw the workers a couple of bucks if they took the tree to the ground.  They said, ‘Sure, but we won’t take your money’.  Wow!

One monthly flyer told us they were offering a free energy assessment of our home.  It would take four hours but they would tell us what areas needed fixing and fix them at no cost and they would also provide us energy-efficient bulbs, as many as we needed.  We did the assessment and we got the bulbs and some repairs.  Everyone was very professional and accomodating.

One year the electric costs skyrocketed.  We got a notice with our electric bill which told us that this year our rates would not go up.  Wallingford Electric was going to dip into their coffers and absorb the increase for as long as they could.  Our rates stayed level while UI & CL&P went through the roof.

Then last year Tropical Storm Irene hit and then the October Halloween snowstorm which left almost the entire state without power and it stayed this way for a considerable number of homes for many weeks.  Live wires went unattended for up to two weeks. UI and CL&P came under fire for their lack of tree-trimming on private roads as well as tree-trimming maintenance on the state roads, poor overall storm preparation, poor disaster response time and poor planning.  One CEO resigned.  The state enacted new legislation and regulations to prevent this in the future. Yet these utility companies were always seeking rate increases and they were always granted.

We never lost power.  You know why?  Wallingford Electric has always trimmed trees prophylactically.  They didn’t need the state’s legislation or regulations forcing them to do the right thing.  Nearly 700,000 people lost power during each storm including Hurricane Sandy even after new leglislation and regulations were put in place.  Not the majority of Wallingford Electric’s customers. (Those that did lose power for a short period of time did so because of fallen trees which can’t be predicted but their electrice was restored very quickly by any standards).

But here is the kicker.  During this hurricane we ordered a generator.  We did so because we were told this storm would be like nothing we’ve experienced before. I wasn’t holding our little electric company to a standard they couldn’t possibly keep in the face of a 100 year storm.  Unfortunately, the generator did not come in on time so we hunkered down prepared for an extended power outtage.

However, wouldn’t you know it?  We didn’t lose power during Hurricane Sandy!

I have a crush on our electric company.  Originally, I dismissed them thinking because they were small they wouldn’t have the financial clout or the physical capabilities of handling our needs.  My thoughts could not have been more misguided. It was a built in prejudice all based upon size. However, being small, being focused on their customers first and not shareholders, being geared towards customer service and maintenance, providing economic relief by keeping rates down during an unexpected spike, providing educational marketing literature and some very valuable free services, I became a fan.  Who becomes a fan of their electric company?

Then I became loyal. Each month brings solicitations from independent energy companies telling us how great they are and we should switch over because we’ll save money.  I’ll never take the bait. Most impressive, when I did talk to one competitor out of curiosity and told them we had Wallingford Electric, they said ‘never mind’ as they already knew Wallingford Electric customers are incredibly loyal.

While money is always a factor, it’s certainly not the only factor.  After loyalty comes evangelism.  I’m an evangelist.  But the real kicker, when homes go for sale within Wallingford Electric’s geographical area, the electric company’s name is showcased within the advertising by the home owner and realtor.  What better evangelism is there than that?

“One of the most influential propositions in marketing,” McGovern and Moon wrote, “is that customer satisfaction begets loyalty, and loyalty begets profits. Why, then, do so many companies infuriate their customers by binding them with contracts, bleeding them with fees, confounding them with fine print, and otherwise penalizing them for their business? Because, unfortunately, it pays. Companies have found that confused and ill-informed customers, who often end up making poor purchasing decisions, can be highly profitable indeed.”

This story is no different than your solo practice squaring off against the Big Boys and Girls.  Don’t fight your size.  Embrace it as you lay the foundation of your practice. You provide an integral and necessary service to your clients. Your attitude towards your clients and your customer services can be oversized as well as the unique value you bring and your flexibility in unexpected situations.

You’ll always have those who want to take your clients from you. It’s the nature of the free market. But if you do things correctly, passionately and compassionately, there won’t be anything someone else can do to get them to leave you. Don’t profit off of your clients’ confusion or lack of knowledge.  Don’t profit off of your clients’ poor and uninformed decisions.  Earn your profits off of well-informed and loyal clients who evangelicize you and your services.

I bet you have clients who have a crush on you already.  Find out why and then keep doing what you’re already doing but do it even better!

5 comments on “Do Your Clients Have A Crush On You?”