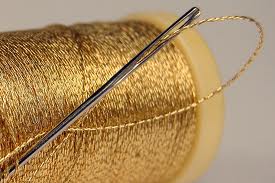 This is staggering! If you do the math this means from 2012 – 2018, if the graduation rates stay the same, there will be 140,000 more lawyers entering the work force than there are paychecks waiting for them. And what of the graduates these past five years and those who have lost jobs these past five years? You’re talking about over a quarter of a million graduates struggling to get legal jobs today and into the foreseeable future.

And if you haven’t heard about all the law schools being sued for false employment statistics as a result, the list just keeps growing. It also begs the question: if all the law schools are claiming they followed the ABA guidelines, will the ABA eventually be brought into the suit? Is the ABA doing enough based upon this Wall Street Journal article?  And what’s even more intriguing, it’s being suggested rather forcefully:

“.. that widespread manipulation of law school graduate employment data may have not only pushed institutions higher in the national law school rankings, but also could be considered “mail and wire fraud under federal law”.

The U.S. News ranking of the country’s law schools may be so flawed by deceptive or misleading statistics submitted by the country’s law schools that “the harm done for many years to thousands of people has been so severe, it should not be hard to recognize the need for investigations by federal authorities to determine whether crimes have been committed,” CNN Money, March 16, 2012

I’ve had many opportunities to speak at law schools and have no intention of stopping.  When I meet up with current law students, recent grads, and panelists who  share their experiences there are generally three overriding themes which permeate every conversation and every panel discussion -  the reality that gainful legal employment will be eluding them, even for those at the top of their class who spent their summers working for free to gain experience; absolute terror about student loans coming due, and being fed up about being told to work for free.  As to student loans, of those graduating in the next two years, ninety percent will have law school debt as discussed by a recent panelist I met, Paul Campos, who incidentally authors the blog Inside the Law School Scam.  And when students are facing this type of bone-crushing debt it makes you sit up and take notice when, in assessing the discrepancies between actual hiring numbers and stated hiring numbers, Campos states:

“Law schools may be cooking the books, or be incompetent in reporting or it may be that firms are hiring career associates and not partner-track associates,” says Campos.

“But it’s a huge discrepancy. And it could show a level of arrogance that could mean trouble for law schools.” CNN Money, March 16,2012

But class action suits and federal investigations aside, students need help today. Reform will not help them in the immediate future.  What they need is different. School representatives I’ve recently spoken with want to better understand how to keep law students’ spirits up about utilizing their law degrees in a meaningful way while still being able to meet their student loan obligations and creating a life for themselves. While I was speaking at University of Georgia Law School in Athens, one panelist on  alternative careers intrigued the audience with this comment:

‘Don’t let your law degree define you or lead you. Stay in front of your degree and control its use.’

His message was clear. Your law degree is an additional tool to capitalize upon when pursuing your ‘ultimate’ career. Others panelists stated doing what you were ultimately meant to do can be like negotiating a corn maze. Don’t limit how you creatively apply your degree. Still others cautioned there are major pitfalls when traveling through the maze. Sometimes just by virtue of having your J.D. it will set off alarm signals to a potential employer you are too qualified for the job or you may be just considering it a pit stop on the way to a better opportunity. As a result, you may never even get the interview.

Another Tier 1 former BigLaw associates says to this day, though he loves what he’s currently doing, he feels guilty that he didn’t somehow stick it out and make partner, that he’s failed as a lawyer. This should never be how one thinks if they want to use their degree in a different way than partnership track at a large firm. But this judgmental attitude is pervasive within and without the profession. Both families and colleagues (who are practicing) think if you are not actually practicing and doing so for a larger firm that somehow you’ve failed to live up to the potential of your degree. How myopic and dispiriting. Could this be why lawyers who go on to do amazing things other than practice refer to themselves as recovering lawyers or former lawyers?

However, another lawyer who became a judge took his whole family to Guatemala because he was asked to found and run a non-governmental unit designed to protect children from abuse and trafficking. His earlier experience practicing in this area and then every position he held thereafter was just the precursor to finding his ultimate calling. His law degree and his devotion to defenseless children helped him get there yet he is now not practicing law. Later in a private conversation he did say when his work can be passed on to a successor he will come back and look to open a solo practice.

Innovation within the legal field was also a hot topic post-conference. Dining with a newly married couple, one graduating law school this year and the other graduated last year, I discovered they want to travel an entirely different path. They want to create their own business servicing the legal industry. They are not reinventing the wheel but segmenting out a specific service currently performed by lawyers (and not profitable to the law firm) they believe could be profitably outsourced to a provider. This would also be very attractive to solos and small firms in particular because it frees them up to do what they do best – practicing law. They see a defined need and know their business model is both viable and profitable for all involved.. They are very excited about using their degree this way because the degree gives them credibility to do it even though it is not required. Again, the student loans are looming but they are going for it even though others keep telling them they should be practicing law instead of servicing the legal industry because after all…isn’t this what a law degree is for?

A legal degree should be viewed as an enhancement, not a limitation, to your opportunities. In and of itself it provides an incredible opportunity to work with others to help them resolve problems and to be part of an amazing profession. But this not the only road, or the end of road.

These people focused on what they love to do, discovered and then followed the single golden thread weaving together their experiences and passions. Quite often we don’t know where to find this thread until we’ve moved on to the next opportunity. But it pays to search for it in everything you do. This golden thread could morph into your own ‘yellow brick road’ leading you to where you are ultimately meant to be.

So, if you’re on the brink of graduating or already out, you have to leave possible law school deceptions, USNWR rankings, and employment stats behind you.  Why? If you keep looking backward with anger or regret it’s impossible to move forward. Moving forward is the only way you are going to stay in front of your legal degree, creatively resolve your student loan obligations and start building a (possibly unexpected) future career which will be emotionally and financially rewarding.