Anais Nin is known for her very brainy and thought-provoking quotes.  I came across one the other day that just resonated when it comes to starting a new adventure, and solo practice is a new adventure.

“And the day came when the risk to remain tight in a bud was more painful than the risk it took to blossom.” 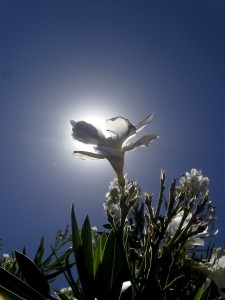 This is the struggle when deciding to start a solo practice, or any venture:  weighing the risks of doing nothing and staying cocooned against the elements versus bursting forth and actually weathering the elements.  But if anyone has ever seen an unopened bud withered on the vine, it’s truly very sad. All that energy and potential never seeing the light of day.

I get many private e-mails from lawyers who are weighing these risks.  You can tell they are nervous and excited at the same time as they try to figure out if they can make it work.  The very fact they are taking the time to organize a plan, do the research, gather the emotional fortitude to commit to what they know will be a rocky ride speaks volumes.  They are about to burst forth and just need the support from others who share their journey to know they can succeed.

When I first broached the idea of small firm practice (myself and two others) out of law school to my professors, I was met with rolled eyes and one, ‘that takes hutspah’.  They were, after all, in cozy offices with substantial paychecks, benefits, short work weeks, and often tenure.  Were they speaking to me individually or simply reflecting their inability to fathom taking such a huge leap into the unknown themselves?

It bears repeating, there are fewer and fewer and fewer paychecks out there.  When I graduated I actually had the choice of a paycheck from a large law firm or the cliff dive of solo practice.

I chose to dive off the cliff and went into solo/small firm practice willingly, excitedly, and with no guidance other than my own common sense, integrity and knowledge I would not only tread water but swim once I surfaced.

Was it blind optimism? Maybe. Was it foolish?  Apparently not.

Is it foolish to try when there’s nothing left to do BUT try?  Only you know that for sure.

For many, it’s very hard to make the decision to go solo.  But for many the decision has already been made for them because of the job market.

So, the question remains: If the chances of working for another in a meaningful way seem to be diminishing, are you still determined to work as a lawyer? And if so, how are you going to make it happen?