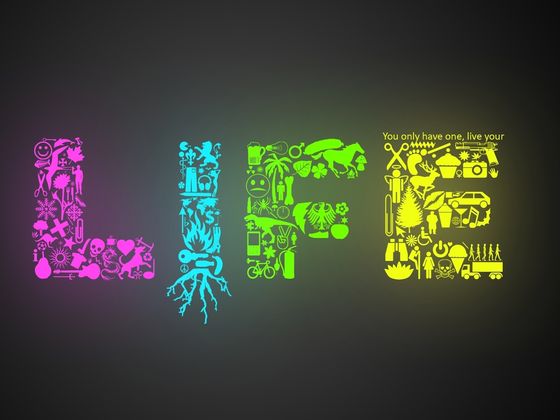 A Jury-Tested Approach to Estimate Your Human Life Value

Things are going well.  Down at the office, you scored a good client.  This shortly after settling a contract dispute for a client in line with the terms you set forth.  Your two-year-old is a joy  And another’s on the way.  To top things off, today is your third wedding anniversary, and Marge prepared a sumptuous candlelight dinner, with all the trimmings, and your favorite wine.

So everything is right with the world as you settle back in the easy chair to scan the paper.  An item catches your eye: “Jury Awards $7,000,000 to Family of Executive Killed in Air Disaster.”  You read further to learn that the verdict arose out of that Puget Sound crash of the big jetliner that made headlines a couple of years ago.  The AP dispatch relates that the decedent, John Smith, was a 37-year-old account executive with a Chicago-based ad agency.  Smith was survived by his wife and two children, ages 9 and 7 and, at his death, was earning roughly $275,000 per annum.

Investigation by the Civil Aeronautics Administration and testimony at trial clearly established negligence of the pilot as cause of the crash.  It appears that the basis of the award was the “pecuniary loss” sustained by Sue and their kids as a result of John’s death due to the airline’s negligence, calculated by the jury to be $7,000,000.

Seven million dollars!  You put the paper down as your thoughts wander.  $7 million!  You just turned 30 and are making roughly $75K per annum, and the future prospects look really good.  If the jury awarded such a sum to Smith’s family, “How much am I worth to Marge and the kids?”

As you know, the Jones lawsuit against the airline is an action for “wrongful death”–a civil suit for money damages.   The jury is guided by pecuniary loss, which includes all elements of damage which can be measured in money.  In wrongful death litigation, it includes the following elements.

Loss of Support and Contributions.  Putting you in John’s place for illustrative purposes, the cornerstone of the pecuniary loss was to Marge and would be the future support and contribution by you, their breadwinner.  In determining such an amount, the jury would start with your age at death –30–and your life expectancy according to the mortality tables. The jury would then chart the period over which you would have been expected to have earnings (your work expectancy)—the projected amount– as well as your anticipated income from sources other than regular employment.  Although your income at time of death would form the basis of this computation, your future prospects are indeed relevant.  Also taken into consideration as affecting your earning capacity include such factors as heredity, physical condition, character, habits, environment, and the like.

Once a figure representing your probable future earnings have been arrived at, the next step is to ascertain how much of this overall sum would have gone to your family in the form of support and contributions.  In such a determination, we “net the income,” i.e., deduct your expected personal expenses from your expected gross earnings.  Alternatively, we can itemize actual contributions.

Loss of Services.  Item of pecuniary loss which may be taken into account by the jury in wrongful death cases is the loss of services which the decedent customarily performed around the house, such as gardening and general repairs.  You’re pretty “handy with your hands.”  You’ve done some of the electrical wiring, a good job of interior painting, and you have a green thumb.

In our example, Marge has sort of taken these services for granted.  But if you should pass away, the lawn will still need fertilizing and mowing, the plants fed and trimmed, and repairs will still have to be made.  And you won’t be around.  Marge will, of necessity, have to employ outside labor and pay for these services—services which, heretofore, were gratuitous.

In estimating damages, the criteria is the value of these services in the open market—today and in the projected future—their replacement value—not what they may have been worth to the survivor in the particular situation.  (Also to be addressed is the all-too-common situation where both spouses work.  Not true in your case?  Or is it on the drawing board?  Nursery and pre-school for the young ones may be in your future.  (And we can turn the tables and have Marge working and you a stay-at-home Dad with your PC close-at-hand.  Just some thoughts.

Loss of Training, Guidance and Education.  Still another element of compensable pecuniary loss would be the loss to your children of your parental training and guidance.  A boy, and a girl, too, need a Dad.  And education:  Who will be there to help with homework? And looking far ahead, a college education costs a lot of money, and keeps on growing.  College is a “given” for the kids.  How will Marge cope?  Granted, these figures are, to an extent, speculative.  At the same time, they have been accepted by the courts as probative as the basis for damages in wrongful death cases.

To some, the indemnity or Human Life Value approach closely approximates the process by which juries arrive at a pecuniary loss award in wrongful death cases.  It encompasses a five-step procedure:  (1) Estimate your average annual earnings from personal efforts over your working life expectancy;  (2) Deduct Federal and state income taxes, and the cost of self-maintenance;  (3) Determine your life expectancy or the number of years between your present age and your contemplated retirement age, whichever is shorter;  (4) Select a reasonable rate of interest at which your future earnings will be discounted; and (5)  Multiply (1) minus (2) by the present value of the dollar for the period determined in (3), discounted at the interest rate selected in  (4).  The product represents the present value of your life to your wife and children—your economic human life value.

It’s difficult to project the economic value of human life.  At the same time, there has been a loss–and a big one–and where negligence–or product liability has been proven to be the cause, survivors are entitled to appropriate compensation.  And, obviously, wrongful death litigation is not confined to airplane crashes.  It could be the result of a collision between vehicles, or a car striking a pedestrian, the failure of an amusement ride, or elevator–the list goes on.  One other point, which often applies to–but is not restricted to–aircraft litigation.  Often, passengers in a “doomed” plane are aware that the plane is in trouble, perhaps even in descent.  Their angst, their fear, perhaps their extreme stress, and/or pain and suffering– is also compensable, but not in a wrongful death context.  Alternatively, recovery is available in an action brought by the estate of the deceased.   And, by the way, do you have a Will?

Some Further Food for Thought

While our John Smith’s hypothetical widow received $7-million,  awards in other cases have reached $20-million and more, some with the added element of sabotage.  Or there might be product liability which, in a sense, joins contract and tort law.

Now, let’s change the scenario:  John Smith wasn’t killed in a plane crash caused by pilot error.  Instead, he suffered a fatal coronary while waiting in the airport lounge for take-off.  A key question:  Is Smith worth any less to Marge and the kids, including one on the way.  Obviously not:  Okay, well, there‘s no one to sue.  In any event, where will the money come from?  There are obvious components, including life insurance, perhaps as part of an estate plan, not for discussion in these pages.

I took an interest in this area years ago when I worked for an aviation negligence law firm: most attorneys were former pilots.  I dealt with “damages.”   The firm was involved with key plane disasters.  Along with others, I made a substantial contribution to Recovery for Wrongful Death, all recognized in the preface by author Stuart Speiser, the firm’s senior partner.  This seminal volume on the discipline, soon after publication was complemented by an “Economic Handbook,” and subsequent editions.  Later on, I was Director of Publications for ATLA–the Association of Trial Lawyers of America—(now the American Association for Justice) where I also dealt with the subject of wrongful death.

In any event, the sole purpose of this piece is to raise awareness of the basic issue.  Bottom line, I’m not selling anything!)  It’s a complex but, logical, process In a humorous, related vein, in drafting wills, I am often confronted with hesitation by clients who think that by preparing a will makes the day of reckoning come sooner. Wow!