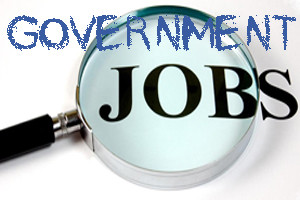 Traditionally, this article speaks about the art of rezooming the practice of law. Yet, we all know our training and experience crosses over into other industries. If we are planning to rezoom, should we cast a wider net? That is exactly what this month’s spotlighted rezoomer has done. With no intention of leaving the law and having been hired after rezooming her practice, Kerry Marrano found herself looking at a position within town government that has fulfilled her desire to rezoom.

Kerrie Marrano graduated from St John’s University Law School. Her last full time job was as a law assistant to a judge in New York Family Court. She practiced law until 1991 when she moved to Harrison, New York.

Kerry Marrano rezoomed her practice of law in 2009. She participated in the Pace University New Direction Program for attorney’s re-entering the legal field. This program provided re-entry exposure and advice, while empowering rezooming attorneys to find a niche in which to begin again. During the program, Kerrie took part in an externship with an attorney that practiced reproduction law. She dealt with issues involving in-vitro fertilization, collecting, fertilizing, implanting and freezing eggs and sperm. After graduating from the New Direction’s program, Kerry continued working with the reproductive attorney with whom she had her externship.

A family friend, Councilman Steve Malfitano, suggested she meet with Harrison Mayor/Supervisor Ron Belmont. Kerry never suspected that this meeting might lure her away from the practice of law. Yet, she was curious about meeting the Mayor. She set up a meeting to find out more about town government. Mayor Belmont so impressed Kerry that when he asked her to apply for the position of his administrative assistant she did and was hired. Kerry had not been looking for a new job. She had reservations about leaving the legal field for local town government. Yet, once she’d spoken with Ron Belmont, she knew this was the position for her. Mayor Belmont needed an administrative assistant and Kerry fit the position to a T. Mayor Belmont now refers to Marrano as his, ‘Chief of Staff.’

Due to Kerry’s prior legal experience, Mayor Belmont expanded the position of administrative assistant to take full advantage of Kerry’s legal background. Kerry says, “I wanted to be able to help with this sort of renaissance for Harrison. There was real optimism… and I just wanted to be a part of it.”

In her position as the Mayor’s administrative assistant Marrano helps Belmont by attending public and committee meetings, including the Downtown Revitalization Committee meeting, in his stead. Kerry says there is nothing boring about this position. It changes all the time. She enjoys being the liaison between the mayor and his constituency. One minute she is helping residents find important information, the next she is speaking with various department heads within town government, looking at issues as they arise and sorting and deciding their priority for submission to the Mayor for action.

Some might say that Kerry abandoned the law for town government. Kerry doesn’t feel this way. To her, this always-changing, non-legal job makes Kerry feel that her choice to step away from the law was both a smart and worthwhile move. She is part of an administration that takes great care in reaching out to the people of Harrison. Marrano and the entire administration, especially the Mayor, are passionate about improving life and services available in Harrison.

So far the most challenging part of the job for Kerry is learning what each committee and department does. Gaining this knowledge makes her invaluable to both residents and government officials. She will then be better able to help the Mayor respond more effectively.

Her favorite part of the job is the speed at which it moves. The fast pace is one of the things she loves the most. Kerry gets to work around 8:45 am and leaves at the end of the day, which means when everything is done, even though the office closes officially at 5 PM. Marrano often comes back in the evening for a committee and board meetings or other events as needed.

She loves learning about the operation of the town she calls home, “I’m surprised. I just didn’t realize how much I would enjoy every minute of this.” She admires the Mayor’s commitment to the town. “It is evident in everything he does and the way he does it,” according to Marrano. He brings a real love of Harrison to the administration.

Marrano feels taking this job has given her the opportunity to put more than just her legal skills to use. She is investing in the future of a town she wants to grow old in. Her job is, in her words, “a real privilege and pleasure.”

One of Marrano’s hopes is that she can play a part in attracting new families to her town. She also states that, “Practicing law was exciting, yet never as much as what I’m doing now.” Her hope is that she can help the town progress into the 21st Century while retaining the atmosphere she fell in love with when she arrived in 1991. She feels that this is the most important thing she can do in her position so that new families are encouraged to become a part of the community. She does not miss practicing law because she feels she is serving the people of Harrison. What a unique way to rezoom your career, using all your legal skills to help your community. Thinking outside the legal box can be a path of least resistance to fulfill your rezoom. Now get out there and rezoom!