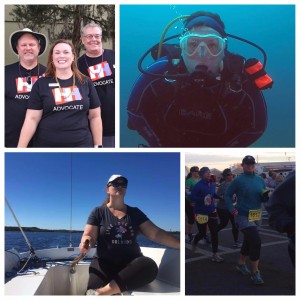 I am a highly accomplished woman. In my lifetime I have:

I’m well-read, tech-savvy, smart, handy, resourceful, and a damn fine cook, too. In short, in the event of a Zombie Apocalypse, you want me on your survival team.

But still, there are days when I feel just plain not good enough. Not accomplished enough. As though having another degree or certification or skill or credential would make me better somehow. An MBA or an LLM could make me that much more… something. A better woman. A better friend. A better teacher. A better wife. A better lawyer.

I’ve even had attorneys who try to gaslight me and/or my client. It’s a nasty tactic used in litigation and settlement negotiations: “My client has done nothing wrong, your client is evil. I have been an angel, you’re overly aggressive. You have no proof, all the evidence is on my side.” All designed to make you doubt yourself, your case, your client. Don’t fall for it.

The Bar Rules say that, once you pass the bar exam, you are a lawyer and are generally competent to handle the practice of law. Isn’t that accomplishment enough? Add to that a decade of experience in my case, and I shouldn’t need to justify anything to anyone. And yet, I have that same nagging voice many lawyers do. There’s always someone a little more experienced, a little better educated, or slightly better credentialed. The thing is, those people are not the ones saying I’m not good enough. I am.

Accomplished people – and in that group, I sincerely include all lawyers because let’s face it, we earned it – we do this to ourselves. Maybe that’s what drove us to become accomplished people in the first place. We just can’t accept that we are ever done becoming accomplished. We have “Imposter Syndrome” and fear that our colleagues will find out we are really frauds and don’t deserve any of our accomplishments.

That’s why every lawyer I know works their butts off. We try to meet or exceed client expectations. We volunteer countless pro bono hours. We spend weekends at the office to meet our law firms’ billing expectations. We live in fear that we will say or do the wrong thing and that jackbooted thugs will show up to take our Bar Cards.

When I was in law school, I came to realize that every single person in my 1L class was used to being the smartest person in the room, whatever room they were in. Every. Single. One. And of course, law school is like The Highlander, “There can be only one!” Everything is a competition. It beats you down. You realize that there are many people out there who are much, much smarter than you and much more experienced than you and that in the world after law school you will call those people, “Opposing Counsel” or “Your Honor.” Maybe it’s that bit of humbling reality that sows the first seeds of self-doubt in us.

When I took my first job out of law school, at a Big Law firm in Downtown Orlando, I was terrified my boss would find out that *gasp* I didn’t know what I was doing. Guess what? He graduated law school at some point and didn’t know what he was doing then either. He expected me to suck at the practice of law. I probably exceeded his expectations by sucking very loudly most days, but I also learned. With even a little experience, most of us become good lawyers very quickly, and I became “good enough” in short order.

Truth is, I am enough, right here, right now. I have enough experience. I have enough training. Enough education. Enough degrees, credentials, accomplishments. My resume is full. There is nothing more I could add to the mix to make me more complete. I do not need another anything to be a good lawyer. An LLM or an MBA might be interesting, but I don’t need another degree. Board certification would look great on my Avvo profile, but I don’t need certification to prove I’m enough. I don’t need a higher Martindale rating, SuperLawyers ranking, or any other award to be a better lawyer.

You are enough, too.  And you don’t need to prove anything to anybody.