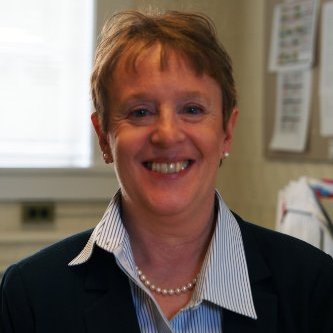 Over the past five years, I have written about how to cope with many issues facing rezooming attorneys. This year I hope to inspire you by sharing the rezooming success stories of people just like you who have re-started their legal career. They decided to shift back to practicing law from a different career or a hiatus. These stories will inspire you while providing a suggested road map to success. Often, the people I interview are happy to chat with soon to be rezoomers.

The first person I have had the privilege of interviewing is Amy Gewirtz. She was the inspiration behind my own rezooming. As the former Director of the New Directions for Attorneys Program at Pace University School of Law, Amy was my first contact on my path back into the world of law. I know her words and experience will convey her unique wisdom as you think about rezooming your legal career.

After Amy graduated from Benjamin Cardozo Law School in 1982, she practiced entertainment law for 6 years. For 3 of those years, she worked in a law firm that focused on the theatre industry; after that, she worked as an anti-piracy counsel for the Motion Picture Association of America. After the birth of her first daughter, she took 2 years off from practice. During this absence from the law she remained in touch with the Cardozo Law School career office. Amy believes that she was offered a three-month fill in position because she kept in touch with the career office. That position turned into a one-year, part-time position and she was then asked to stay and join the admissions office. She continued in this role for nine years. In addition to her admissions counselor role, she helped conceptualize and coordinate the LLM programs at Cardozo.

Amy said that remaining in touch with her law school career office after graduation was her first real use and understanding of the power of networking. In doing so, Amy was in the minds of the career and admissions office staff when there was a job opening. This experience taught her just how valuable networking is.

After 10 years at Cardozo, she transitioned to Pace University School of Law. A colleague and close friend, with whom she had worked at Cardozo, had moved to Pace and had kept Amy in mind. When there was a job opening for a Career Counselor at Cardozo, Amy’s colleague believed it would be perfect for her. She recommended Amy for this position; Amy interviewed and was offered the position. Once again networking was the catalyst for professional change.

Working at Pace offered Amy new challenges and opportunities. Her first position there was Career Counselor, and over her 15 total years at Pace, she held several positions and titles before becoming Director of the New Directions for Attorneys program. Amy often says she had a “light bulb moment” when she came up with the idea for this attorney reentry program. With the collaboration of several wonderful New Directions graduates who became New Directions staff members, this program supported over 250 attorneys with their career reentry goals. Amy was the Director of the New Directions for Attorneys program for 7 years.

Now Amy is transitioning from her directorship at New Directions. She has returned to her “first career love”—the theatre world– and is pursuing projects in both not-for-profit and commercial theatre. Along with her producing partner, she is starting a not-for-profit theatre that nurtures and develops projects that have a humanitarian component. She is particularly interested in inclusivity in all aspects of theatre, from the actors, to the crew, to the audience, to investors/donors. She strongly believes in the importance of educational programs that enable everyone to participate in the live theatrical experience.

Before making the decision to return to the theatre industry, Amy decided to take classes on commercial producing to see if this was really what she wanted to do. These classes not only laid the groundwork for where she now finds herself— involved with not-for-profit and commercial projects; they confirmed her choice and provided her with more information upon which to base her journey.

When asked what she would offer as her top three tips for attorneys rezooming their career the following were given:

Find a class given in the field you are considering. You will learn about the subject matter and meet people and instructors pursuing or currently in the same field of interest. (aka networking in the field-see #2)

If you would like to speak with Amy Gewirtz or me about anything to do with Rezooming please feel free to email us. You can reach me at dhamilton@hamiltonlawandmediation.com and I will happily connect you with Amy or you can connect with her via LinkedIn and say you saw her interview in the Rezooming column on Solo Practice University®.

It is a New Year, what are you waiting for? Get out there and rezoom.