If you throw a hungry dog a steak, he’s going to eat it without even sniffing it first to see if it’s rotten.  A well-fed dog is more discerning. This was my first reaction to the new Avvo’s Legal Services after I read a snapshot of this service on Bob Ambrogi’s Lawsites.   I want to note that Bob does not give a thumbs up or down on this new service nor analyze how it might impact lawyers who use the service. He simply introduces what the service is and how it works.

Clients will be within the attorney’s geographic area and are able to choose the attorney they want to work with. They pay the full price for the service up front.

The email provided these examples of services and fees:

The terms of the service require attorneys to contact a new client within one business day for a 30-minute introductory call. If the attorney determines the client is not the right fit, the attorney can decline the representation.

There is no cost for attorneys to participate except for the per-case marketing fee.

But my first reaction was this is a fee splitting situation regardless of what Josh King ‘believes’. Josh tries to jump in front of this concern by stating on the site, without any reference to any written ethics opinions on the matter, that fee splitting issues are about the compromising of a lawyer’s professional independent judgment:

Fee splits are not inherently unethical. They only become a problem if the split creates a situation that may compromise a lawyer’s professional independence of judgment. We believe that Avvo Legal Services fees, like credit card fees, would involve the sort of technical fee split that would not create such a potential for compromise. Nonetheless, we have tried to keep things simple and clear by making the per-service marketing fee a separate charge. 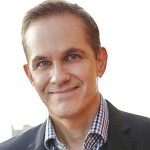 Remember, Josh (who is a helluva a nice guy) represents the interests of Avvo, not you.

And in the FAQs Avvo further addresses the issue with ‘beliefs’:

(From FAQs) Is my state bar association okay with this program?

When I was practicing, we had a local bar act as a referral service.  They called themselves exactly what they were -a  referral service.  We signed up for areas of expertise and the referral service would provide us (in arbitrary rotation) names of prospective clients interested in getting legal services in the practice areas we signed up for.  We had to accept the consult right away or they would move on to the next lawyer on the list.  Once a consult was confirmed and we met with the prospective client, we paid the referral service a consult referral fee of $25.  If the client hired us, we then paid the referral service a percentage of the legal fees received.  What Avvo is doing is no different (with one major, major exception outlined below) but they are calling the fee a ‘marketing fee’ which means they are not holding themselves out as lawyers.  This is important as I’ve noted below.

Personally, I think too much fuss is made about referral fees but I live in a world where bar overseers are overflowing with common sense and an understanding of the practicalities of practicing law in the 21st century. But that’s my fantasy. It’s not reality. What Avvo has artfully and carefully done here is shifted the burden of complying with the Rules to each individual lawyer who uses the services… alone. And more importantly, the type of fixed-fee legal work is ‘low hanging fruit’.  Who generally goes for low hanging fruit? Newer lawyers who are just trying to get a foothold in the profession as they build their practices and fill their bellies.

Avvo holds on to the fixed fee paid by the client until the work is completed.  (Are they holding themselves out as lawyer fiduciaries and these monies are held in their IOLTA ?  After all, Josh King and Mark Britton are attorneys and corporations can’t get IOLTAs. Does the interest on the trust monies go to the jurisdiction where the lawyer who services the client practices? Is there some workaround they’ve discovered that we know nothing about? Because they are fixed fees do they believe this obviates the need to put the monies in an IOLTA ? If so, I would hope they would share. Is this allowed in your jurisdiction?) Then when the work is completed, Avvo releases the full funds collected and held to the lawyer, generally to the attorney’s IOLTA?

So now you are being asked to give Avvo access to your IOLTA and allowing ‘marketing fees’ to be automatically withdrawn from your IOLTA  to a supposedly non-lawyer?  Ok, I haven’t practiced in a while but outside of legitimate fees related to the client’s specific legal matters which would never pass through your operating account, you could never pay ‘marketing fees’ for your law firm (because remember, this isn’t a referral fee) from an IOLTA.  Have things changed so much and I’m just not aware?  Seriously? Have they?

See how they shifted the burden of compliance not to fee split with a non-lawyer to the lawyer because now you are proactively paying a non-lawyer a fee and you are giving them access to your IOLTA?   So, are they or are they not holding themselves out as lawyers for purposes of this program?  Because if they are not, then the lawyer has agreed to fee split with a non-lawyer and this same lawyer has granted a non-lawyer the right to hold IOLTA monies until the payment has been earned and then given them access to their own IOLTA.  Or, because it’s a fixed fee, is it considered earned from the get go? If so, then why is it going to the IOLTA and not the operating account? And one last thought – If this is a ‘marketing fee’, you are now paying out a tax deductible firm operating expense from your IOLTA!  It’s a hot, hot, mess.

That’s why what Josh King ‘believes’ doesn’t mean anything to you and will not protect you. Josh advises Avvo what’s in their best interests.  It certainly would have been more compelling if Avvo had run their new program past a few big jurisdictions to see if the way they want to operate was an issue for the participating lawyer, asked for a written opinion to share with lawyers to give some legs to their ‘beliefs’.  If they did this already, maybe they didn’t like the answer or the answer was murky. If they did and it passes muster, why not share? This program has a slippery feel to it.

But to get back to my initial analogy about hungry dogs; lawyers are struggling against harsh economic conditions, consumers unable and unwilling to pay higher legal fees and only willing to pay for ‘good enough’ legal services even though lawyers are bound to best services.  Large companies are owning social media and google’s first page in the marketing wars.  These lawyers don’t want to first sniff the steak being proffered.  They just want to fill their bellies.

And after all my questions and observations, there is a flip side to this.  I believe there is inertia today surrounding referral fees and corporations getting into the ‘legal dating’ scene collecting ‘referral’ fees as an intermediary. I personally think many ‘referral fee’ restrictions are outdated. And I don’t believe these types of interactions are actively being policed because everyone knows the profession is in tumult.  And this is why Avvo says they’ve received no complaints from Bar Associations. No one wants to be pulling money out of attorneys’ mouths. Work is not easy to come by. Many believe companies such as Avvo have the ability to do good, too, while making a profit.  Is anyone really harmed? Do bar overseers really want to go after those lawyers accepting clients from a fairly well-established company such as Avvo?  I don’t think they really do. Does that mean you are off the hook if an aggressive bar overseer decides to go after you for giving Avvo access to your IOLTA so they can extract a ‘marketing fee’?  I don’t know the answer.  But you need to know.  What I would like the answer to, though, is how Avvo is holding these IOLTA monies (or flat fees) on behalf of the lawyers who have yet to earn the fees if they are not holding themselves out to be lawyers (or banks) in these transactions?   Wouldn’t you?