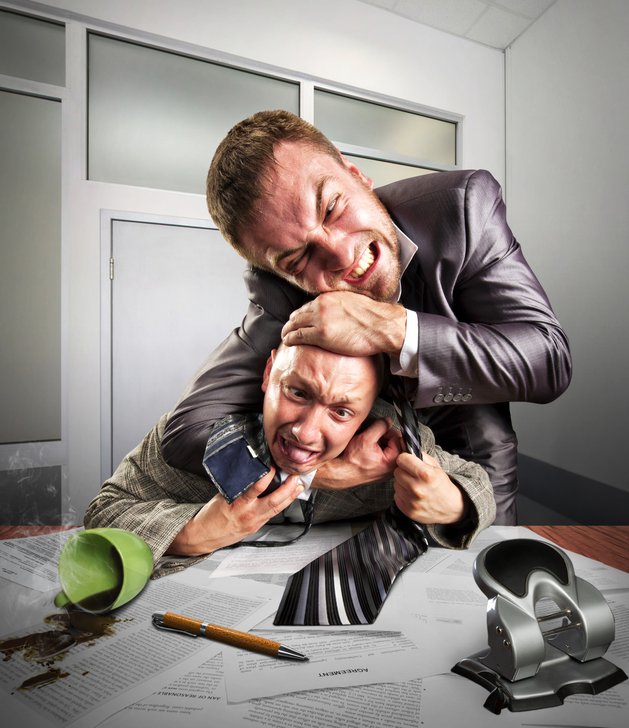 This article, ‘No Time to Be Nice’ combined with a call for lawyer stories on lawyer incivility but through email, dislodged a memory of my early practice days.

For the most part, the lawyers I engaged with, especially the more seasoned lawyers, were always pleasant and professional outside the courthouse.  Did we battle inside? Of course, but it never was anything other than showmanship in front of the judge and as soon as we left we’d be cordial and pleasant and professional.  Sometimes our clients didn’t understand we could still be advocating for them but we didn’t have to ‘hate’ the other side in order to make our case.  But for some reason this still irks clients.

However, this one particular event stuck out for me and I wanted to share it because my client actually shut opposing counsel down in a way I could never have gotten away with.

I was pretty green and was representing a women in a dissolution.  She was a tall, full-bodied and a very mild-mannered, unemotional woman who could say ‘my mother just died’ and ‘it’s raining out’ with the same facial expression and monotone voice.  It didn’t matter that her husband spent their mortgage money on phone chat lines for sex or that he would send pictures of his genitalia to women (polaroids, mind you). She would very calmly share it all, including the pictures, with me to make her case for diminution of marital assets.  It was all fair game.

On our first court date my client and I were sitting quietly on one of the court house benches when a very small man impeccably tailored and groomed came up to me and asked if I was representing Mrs. John Doe, my client sitting beside me.  I said I was and he immediately started yelling at me in a loud voice, wagging his finger in my face, and going on and on about how he was going drag my client through the mud, destroy me in court.  I was so taken aback at his outburst that as he turned to walk away I inadvertently let slip, ‘Asshole.’  He abruptly turned around and started yelling, again, that what I just did was a basis for a grievance and on and on.  All of a sudden, my client stood up, towering over opposing counsel, looked down at him and said in her mild-mannered voice, ‘She didn’t call you an asshole.  I did.’  He looked up at her, turned around and quietly walked away.

Incivility in our profession is rampant because there is little to no ability today for lawyers to distinguish between true advocacy and just plain ‘ol nastiness yet they utilize nastiness under the misguided idea that they need to be nasty in order to be a strong advocate. More seasoned professionals generally know this is just not needed.  In fact, it is a big hindrance to resolution for their client, referrals from fellow counsel and their own general health and well-being.

I have always been pleasant to opposing counsel unless they were abusive.   It never undermined my ability to represent my clients first, foremost and always.  In fact, on many occasions it actually helped my client because opposing counsel and I were able to talk like human beings.  Never be made to feel you have to be less than pleasant, professional or who you are in order to be a better advocate. If the other side is determined to push all your buttons, be cantankerous, obnoxious and uncooperative, there are always methods to achieve your goals for your client.  There is always a work around.  The truth is, you will be less of an asset to your client if you are an asshole to your colleagues.

Oh, and the resolution of the case?  We never needed to go trial.  I very nicely gathered all my information, pictures, etc. about how the husband was squandering the assets and, instead of retaliating because the opposing counsel behaved as he did by rightfully entering these pictures into evidence at a hearing which would have cost his client his job (he was a teacher), I simply showed the evidence to the lawyer assuming he hadn’t seen it (which he hadn’t because he blanched when he did), offered up my proposed settlement and the matter was resolved.  And in a show of good faith, my client then handed the pictures over to her now ex-husband to do with as he wanted.

Never believe for one minute that incivility should be your default position or that incivility is a show of strength.  Oh, it can be a strategy in certain circumstances, but more often than not, it is a losing one for your client.