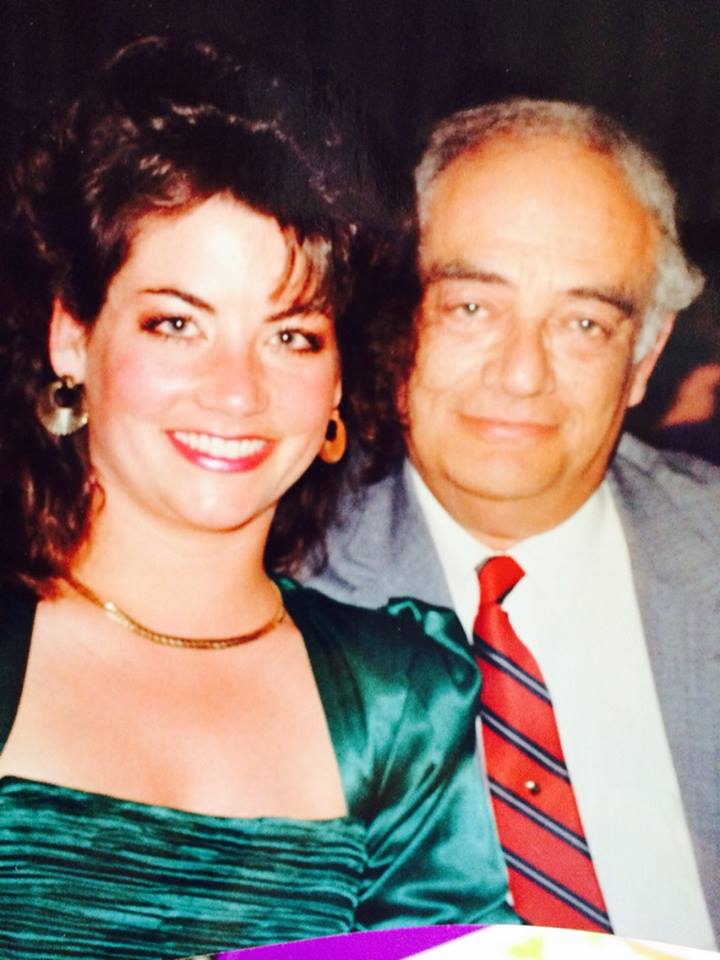 My father was a huge supporter of my dream to build Solo Practice University.  My biggest fan. A little over two months ago, my Dad died suddenly from a (undiagnosed) burst aortic aneurysm. He died just 13 days shy of his 83rd birthday. It doesn’t feel right not to share some words which will remain in the digital ether forever, especially on this first father’s day without his physical presence.

How do you impart what it feels like to be totally and unconditionally loved? How do you make someone understand that this total and unconditional love is what gave you the strength and confidence to explore the world fearlessly? How do you articulate what it means to have always known that no matter what real or imaginary event may have rocked your world, that once you heard the sound of your father’s voice you knew it would all be okay…that you were safe. And my father was all about keeping his family safe, no matter the cost.

Well that is what I have felt and experienced every day of my life. And as a result, I’ve had a very beautiful and rich life.

My Dad, Rene Charles (Cohn) Cartier was born in Strasbourg, France in 1932. Yes, an historical year in Europe. His parents, Edouard and Ellen Cohn were born to affluence in Germany at the turn of the century. Ellen (Liffman) was one of five children born in Koln, Germany, three girls and two boys. With the early rumblings of what we now know as the Holocaust, two of her sisters and one brother left Germany before their extensive wealth could be confiscated, not to mention their lives. Two to America, one to Holland. His mother and father went to France. What is important to this story is the following: His grandparents and one uncle did not survive the concentration camps, his Aunt in Belgium did not have any children. One sister in America did not have children. The remaining brother in America had two daughters and neither daughter bore children. This left my grandfather and grandmother to carry on the Jewish heritage and traditions for the Liffman family of Germany and they just had one child, my Dad. Therefore, my Dad was the only child-bearing descendant of the entire Liffman family.

My Dad had one aunt on his father’s side. She escaped Nazi Germany with her husband to Spain where she had offspring. But they felt the only way they could survive in Spain was to convert to Catholicism. So, they did. This need to protect was so great that when my Mom reached out to meet them they said they would not associate with Jews. They sent her a picture of the family instead.

When my Dad was seven, the Nazi’s came to his then home in Valence, France. Fortunately for them, these particular Nazi’s were more interested in stealing their possessions instead of sending them to a concentration camp so with a handful of belongings and their lives they went underground. My Dad, at just seven years old took charge of protecting my grandmother because my grandfather was in Africa fighting with the French Foreign Legion. He and his mom would make soap to sell for eggs so the two could eat. Because my Dad could speak two languages, French and German, he was enlisted as a messenger for the Resistance. He was able to bicycle right by Nazis speaking German and they would ignore him as he delivered the important missives. When the U.S. troops came to France during the liberation, he was just 13 years old. In a recent rare, unguarded moment, he disclosed to me that when U.S. troops had surrounded the Nazi troops, he grabbed a German soldier’s machine gun and just started firing. Afterward, a U.S. soldier said, ‘yes, you got one.’ It was moments like this he buried because he couldn’t comprehend that at seven years old someone wanted to kill him and his whole world was torn apart. In 1947 at age 15, having survived being shot at, a bombing at the hospital he was in due to starvation and scarlet fever, and not speaking a word of English, the family was finally reunited. They were able to make their way to the United States. Somewhere along the way their name officially changed from Cohn to Cartier as my grandfather was extremely conscious of being met with antisemitism in his new country. He was never able to regain employment to match that in his previous life (he had been a Vice President for a major oil company in France) and both he and my grandmother got minimum wage jobs in New York City’s jewelry district, rented a small apartment and life blessedly continued.

My Dad was a very quick study and learned English immediately. He enlisted in the Air Force wanting to be a pilot. More importantly, the military saw his keen mind and incredible potential and wanted him to be a spy for the U.S. because now he was trilingual. My grandmother would have no part of it, though, and after living through the Holocaust he was not going to put anymore stress on his parents. Instead, he participated in the Korean conflict in Japan as an MP.

At 24, he met and fell head over heels immediately with my Mom. Within six months they were married and in quick succession my brothers and I were introduced to the world.

My Dad was a relentless student, an inventor, a photographer, an avid reader and loved his family beyond all reason.

I’ve only seen my father cry three times, when his father died and when our German Shepherd, Rex and our poodle, Bijoux died. He loved animals. He worshiped his father.

I did have one lifelong frustration with my father. No matter how hard I tried, how much I beseeched him, badgered him, guilted him, he would share little to nothing about his experiences growing up in France during the war. Finally, one day while visiting him in Florida and pregnant with my son, I cornered him on the beach and demanded to know something, anything because I didn’t want these stories, what I believed to be our collective history, to die with him untold. He angrily asked me if I really wanted to hear how he lived in a chicken coop frozen with nothing to eat, hiding from the Nazis who wanted to kill him? “You want to know what it feels like to be running alongside a train trying to avoid the bullets being sprayed everywhere by the Nazis on the other side? You need to know how I was separated from my father for years not knowing if I would ever see him, again? How is that going to enrich your life? It’s not your story, it’s mine and I don’t have to tell you anything.” I saw the pain on his face and I finally stopped.

As older parents my brothers and I felt a little frustrated our kids may only have known him as an older man with a walker and not the power swimmer or ballroom dancer; a little tired and often sick instead of the person who lived on two hours sleep a night while working a full-time job and going to school in the evenings; the impatient spouse who was always honking the horn to get my mother into the car to go home and not the world traveler. But the fact is, he was an extremely tough man who dealt with a lot and survived…and he survived over and over and over again in situations which would taken many others down the first round. He fought hard and won each battle…until his last.

He’s going to be sorely missed. Yet I feel blessed to have had him for so long, long enough for him to share so many milestones in my life, watch my family created, my son becoming a tween. I know with 100% certainty he was proud of his kids and he knows with 100% certainty he kept them safe and secure and free so they could grow up to be who they wanted to be. 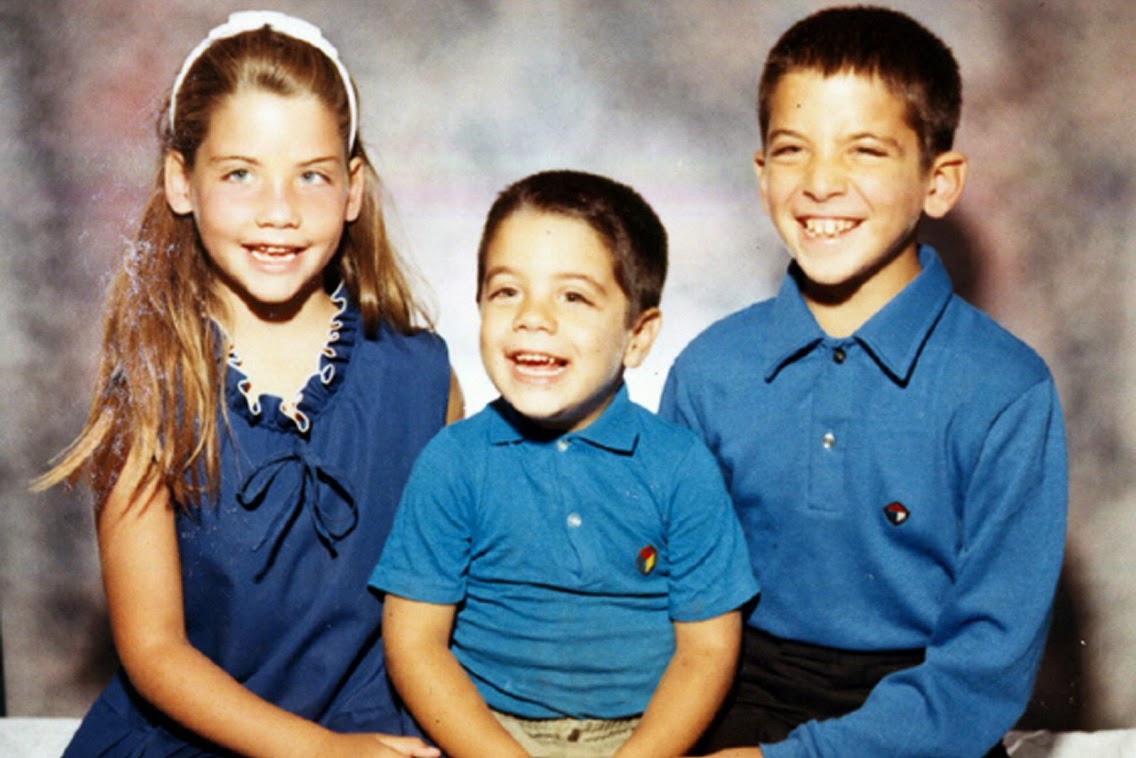 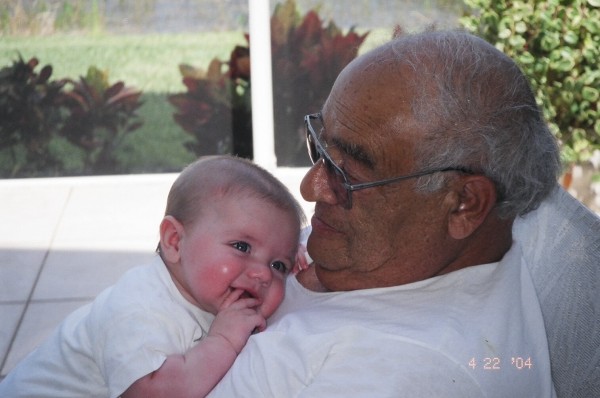 3 comments on “A Bittersweet Father’s Day”