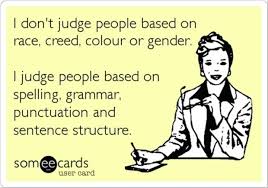 Some years ago–more than I care to remember– I was a first-year student at NYU School of Law.  After having done quite well in undergraduate school, I assumed that law school would be a breeze.  After all, I had a grounding in political science, including several law-related courses.  Boy, was I wrong!  At first, I was fumbling around, not knowing “which end was up.”  I wasn’t the only one in a fog.  Early on, I was asked to join a study group, but quickly learned that everyone there was as confused as me.  It was akin to the blind leading the blind.  I then focused on figuring things out on my own–and learned the ropes.

In a sense, I was the lucky one.  Quite a few fledgling lawyers, including those who were near or at the top of their class in college, bit the dust.  In undergraduate school, they were accustomed to memorizing a large amount of information and “throwing it back” on tests and finals.

However, as most of you know, it doesn’t work that way in a “national” law school where the emphasis is on logic and reasoning.  This approach to teaching law is in contrast with “local” law schools where students zero in on the law in their respective states in preparation for the bar exam down the road.

But I digress a bit.  Simply stated, prospective lawyers are trained to look at the facts–pick out those that are relevant– and apply the law to the facts.  Although many matters fall into well-defined legal frameworks, attorneys often have to do legal research–the same as they had to do in law school.  And how they–or an associate or paralegal–zero in on the relevant, are the benchmarks upon which legal conclusions are reached.  In this regard, their grounding in legal research and reasoning, and problem-solving in law school makes them better lawyers.

Nowadays, much legal research is done on the internet.  Sure, it saves time and can be of great value. The downside:  Instead of using legal reasoning, attorneys are, in many instances, and to a lesser or greater extent, relying on the methodology and conclusions reached by others.  (I know something about this, having served a stint at the corporate headquarters of Lexis/Nexis, in Dayton, Ohio.)

Sure, others will say, “As long as I come up with the right answer, what does it matter how I get there?” And they have a good point.  But, in all-too-many cases, pressing a key on the computer may or may not uncover the information they are seeking.  And where does the research, the reasoning, come into play?  In some situations, it has taken a hike.

Don’t get me wrong!   As noted, electronic applications in the law firm (which started in the law schools), have made significant, positive contributions.  And they are here to stay.  The problem, as I see it, is over-reliance, on them, at the expense of basic lawyering skills which have served the public so well over lo, these many years.  This issue also applies to a lesser some extent to litigators, including  law firm partners –the rainmakers– who, while not computer-savvy  (and they don’t have to be), rely on the research of staff in dealing with often-complex legal matters of substance and procedure.

I recall my first job in a law firm.  A common scenario (especially in a solo practice):  A client or prospective client comes in for a consultation.  After stating the facts, with the attorney interjecting with questions here and there, the client generally asks something along the lines of, “What do you think?”  Unless it’s a simple matter, the attorney responds, “I’ll get back to you.” As soon as the client leaves, the client runs for the books which are impressively  gathering dust out in the hall.  But wait a minute:  That’s the way it was.  Today, the attorney doesn’t have to run anywhere.  He turns his swivel chair to his laptop, presses a button and, Eureka, the presumed solution to the client’s problem is staring him in the face.  Obviously, I have exaggerated, but not much.

The War on Grammar

Over-reliance on the internet is not the only potential problem facing law students and lawyers.  Another area of concern relates to incredibly sub-par use of the English language by many budding lawyers.  Over the years, I have reviewed materials of law school graduates as well as attorneys, who were candidates for jobs at law firms, publishing companies, and legal associations where I was employed.  In the last decade or 15 years- or-so, I have noticed a spate of applicants with surprisingly poor skills in writing, ranging from organizational deficiencies, shortfalls in sentence structure, down to the nitty-gritty:  grammar, and spelling.  It seems incredible that some law school grads have trouble putting a complete sentence together.  They also exhibit poor judgment on their resumes, with many emphasizing peripheral, non-relevant skills such as skiing, beach volleyball, and the like.

The issues are front-and-center in their resumes, cover letters, and applications. Somewhat stunning is that many candidates don’t seem concerned about the shortcomings.  From a broader perspective, it is difficult to understand how these young people could get through college and law school with these fundamental deficiencies.   Colleagues at other firms and companies confirm that they have similar experiences.

(An aside:  In this essay, I’m not addressing “legal” writing, as found in legal documents, such as briefs, motions, etc.  While this kind of writing most often passes muster in terms of sentence structure, grammar, etc., it has a tendency at times to be somewhat pompous  With regard to this issue,  see my earlier SPU blog contribution, “English: A Second Language for Lawyers,” a condensed version of an earlier article which was very well received by lawyers and nonlawyers alike.)

To be sure, there are many law school students, and, indeed, attorneys, who express themselves well–indeed, superbly so– in writing.  With no pun intended, we should raise the bar of acceptable writing.  The profession should demand it.

One comment on “Has the Internet Changed How Lawyers Reason and Write?”