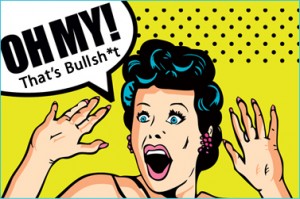 Last night, as the latest breaking news and everyone’s opinion on it filled up my Twitter and Facebook feeds, I ran across this post from a friend of mine from law school:

“Congrats to everyone who graduated from University of Facebook School of Law last night…..”

… and LOLed so hard I almost spit out my coffee all over my laptop screen. Through my nose.

These days everyone has an opinion about everything, and we are all Facebook pundits. Even when, or especially when, it comes to the law. Constitutional law? Immigration? Presidential authority? Criminal law? Civil rights? Check. Check. Check. Double check. All up in my feed, every day. Everyone is an expert on everything legal these days.

The Internet makes information and misinformation so readily available that news isn’t even a commodity anymore. Yet so much information keeps us from really understanding anything. This is especially true when it comes to the law.

No longer is it necessary to go see a lawyer to get answers or advice when you can simply post about your problems on Facebook. Download a contract or set up your company online – no lawyer required! – because your cousin, the plumber, told you about this great site. Heck, you can even learn how to represent yourself in court  - just search “represent yourself in court” on Google.

My sister, the pediatrician, complains about parents that don’t vaccinate their kids/only let junior eat gluten-free/would rather the baby starve than give him formula/etc. These parents nearly always cite a blog, an article their friend posted on Facebook or some other social media, even Wikkipedia, as their “expert.” Now, I’m not getting into the whole vaccination debate; I’m merely citing her frustration by way of example. Her frustration lies in having to deal with parents who never went to med school, don’t have twenty-some-odd years of experience treating children, are not board-certified in pediatrics, and have never read the research on the issue, telling her that they know better than her whether vaccines are safe because the Internet said so.

Well, I’m just as frustrated about Internet experts as she is. My flavor-of-the-week is the would-be client that read an article online and “just wants five minutes” to ask me a “quick question” about what he read and does not understand. In other words, the caller who wants free legal advice because, hey, it isn’t anything he can’t just look up himself.

More than anything, I’m frustrated with the decline in intellectual discourse. When everyone is focused on the Black and White of every issue, there’s no room for shades of Gray.

A great example is the famous McDonald’s Coffee case. How many times have you seen an Internet meme that completely got the facts of the case wrong, stating that the injured woman was the driver and understating the severity of her injuries? A great way to get shot down is to interject that the coffee was kept at above the boiling point, that the injured woman was a grandmother, that she was in fact a passenger, that  the car was parked, and that she got third-degree burns – on her genitals. Or that McDonald’s refused to pay her relatively small medical bills, prefering litigation instead. Facts be damned! Didn’t she know that coffee is HOT?!?

But isn’t that what lawyers are supposed to bring to the party? Actual facts, civil discourse and serious thought about legal issues and the legal process? If we are going to survive the information age, lawyers have to rise above the fray. We’ve got to provide perspective. We have to be bothered with the facts.

Unfortunately, some lawyers I have seen are among the worst offenders on social media. Lawyers hyping their political opinions about everything from Obamacare to the recent events in Ferguson without digging into the facts and the law underpinning those opinions, whether on the Right or the Left side of the issues.

Recently, a law student at my alma mater got slammed for posting racist comments on social media. Her comments were political, racist, and unprofessional. Yet sadly typical. The law school itself rose to her defense: the dean, without investigating the facts, simply issued a statement that the student’s phone was stolen and her Instagram account got hacked. It rings false, and, as ATL put it, “As soon as the student realized she was in deep sh*t, she apparently made up all sorts of fabrications. She’ll be a great lawyer!” Sigh.

I don’t really blame the Internet for this. Or television. Or… well, anybody but us. We’ve gotten lazy and sloppy about the law, Internet experts in our own right blathering on about things we don’t really understand just like everybody else. “We have met the enemy and he is us,” indeed.

2 comments on “Everyone’s an Expert”