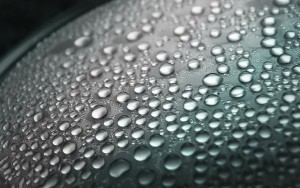 Attorney Jane Brooks* has a successful solo practice and enjoys a great reputation in her community.  In more than thirty years of practice, she had never had a malpractice claim.  That changed with one real estate matter.  Her story is a reminder that a minor mistake can have huge consequences and that the devil truly is in the details.

In late December 2012, Brooks received a call from Thomas Kelly about a real estate closing.  Kelly explained that he had been attempting to sell a piece of property for years and had finally found a buyer.  There were a few issues.  The buyer was not able to obtain a traditional loan for the purchase and was interested in seller financing.  Kelly had a mortgage on the property.  In addition, a judgment had been entered against him in 2011.  Brooks determined that Kelly could not satisfy the mortgage and judgment if he was not paid in full at the time of the sale, and she advised him that he would not be able convey good title.

At some point, a contract for deed was suggested as a potential solution.  A contract for deed (also known as an installment land contract or land contract) is an agreement in which the buyer pays the purchase price in installments and the seller retains ownership of the property until the final payment is made.  This arrangement is extremely risky for the buyer.  It is possible for the buyer to make payments for years but receive nothing if a prior lienholder forecloses and the property is lost.  The buyer has no control over this risk.

As a result, contracts for deeds are not favored under the law.  In 2010, the North Carolina General Assembly enacted new statutory provisions governing contracts for deed.  Those statutes contain many technical requirements for valid contracts, including specific disclaimers, deadlines, and accounting obligations.  The statute provides that a violation of any provision shall be considered an unfair trade practice, subjecting the violator to treble damages.

Brooks was aware of the statute and reviewed it before preparing a contract for deed on behalf of Kelly.  The contract she prepared was clear and detailed, disclosing to the buyer all existing mortgages, past due taxes, and other encumbrances.  The contract even advised the buyer that Kelly did not intend to immediately pay off the judgment against him.  (Kelly’s plan was to sell a different property and use those proceeds to satisfy the judgment.)

The terms of the transaction were negotiated entirely by the parties without Brooks’s involvement and were constantly changing prior to closing.  Brooks worked diligently to accommodate the parties, but it was a difficult and time-consuming engagement.  The contract was signed and notarized on December 23, 2012.  This was the last day Brooks’s office was open before the holidays.  At the closing, Brooks was comfortable that the buyer understood the terms of the agreement and the risks involved.  Brooks left after the closing for vacation, and her office remained closed until January 7.  A memorandum of the contract was recorded on January 8, 2013.

Within just a few months, the relationship between the buyer and seller soured.  The buyer wanted out of the deal and consulted with a lawyer about his options.  The lawyer found two defects in the contract for deed:  (1) disclosures about existing liens on the property were not written in 14-point, boldface, capital letters as required by the statute and (2) the memorandum of contract was not timely recorded within 5 days after signing.

Brooks spent a significant amount of time trying to negotiate a resolution between the parties by replacing the contract for deed with a deed and purchase money deed of trust.  Negotiations ultimately broke down, and a lawsuit was filed by the buyer against Kelly, seeking return of the down payment and all installment payments, as well as treble damages for the statutory violations.

While the buyer and seller agreed on very little, they were united in blaming Brooks for the error.  Brooks was stunned that she was facing a six-figure malpractice claim by Kelly because of the font she used in a document.  It was beyond comprehension that minor, technical error that caused absolutely no harm (it was undisputed that the buyer was aware of the liens described in the contract) could subject her to significant liability.

The loss fell to Brooks as the drafter of the contract, while both of the parties walked away with a substantial windfall.  Though it seemed unfair and illogical, the harsh outcome was dictated by the statute because any violation could be basis for treble damages.

As a new lawyer, I was told that the only mistake that cannot be fixed is a missed statute of limitations.  I’ve since learned that this is an oversimplification.  Through Lawyers Mutual’s claims repair program, I have seen a few missed statutes of limitation that were fixed.  I have also seen many other errors that could not be undone, despite the best intentions and efforts of the lawyers involved.  Some matters involve technicalities, complexities, and stakes that set them apart from the run-of-the-mill engagement.  If you find yourself handling one of these matters, make sure you sweat even the smallest detail (including the font).