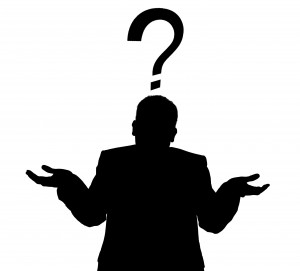 I’d like to start this piece by asking you a few questions:

How did you do? Was your first reaction to try and think of an answer to these questions? Don’t worry, you’re not alone; nearly one out of four adults will attempt to answer an unanswerable question, when the best possible answer is “I don’t know.” It is unclear why we do this, but there is one possible reason.

We are conditioned throughout our lives to believe that admitting a lack of knowledge is bad.

In class, at job interviews, and at work, we are expected to know the answers to questions authority figures put to us. An answer of “I don’t know” leads to admonishment. Reward for a correct answer and penalty for an incorrect answer becomes ingrained in our psyche. As a result, when faced with an unanswerable question, our default reaction is to attempt to answer the question rather than admit that we don’t know the answer.

Law school professors use the Socratic method to attempt to break future lawyers out of this habit, but it often backfires. While Socrates himself is noted for saying that admitting to a lack of knowledge is the beginning of wisdom, the foremost thought in a law student’s mind is that he must be fully prepared for every class in the event that the professor calls on him or her. Professors are, indeed, concerned how prepared their students are, but the series of questions a professor asks using the Socratic method typically starts with fact-based questions the student easily knows the answer to and often ends with opinion-based questions based off these facts that many students find hard to answer. These difficulties seem to arise most often when the student doesn’t want to give an incorrect (including politically incorrect) answer or where the only correct answer would violate the student’s pre-existing beliefs.

Here, the professor is attempting to encourage students to take the facts that they learn and use those facts to take a position and defend that position. Students, on the other hand, often misunderstand the reason for the continued use of the Socratic method. Rather than seeing it as a tool to help build much needed lawyering skills, some consider it as nothing more than an annoyance. In the worst misunderstandings, students believe the professor is trying to make them look stupid. Unless professors can clearly communicate to students what is expected of them, or can find a way to incentivize an answer of “I don’t know” followed by attempts by the same student at coming up with creative solutions, students will lose opportunities to increase their creative problem-solving skills.

This is not to say that we aren’t creative. Wikipedia lists more than 100 fallacies or types of “erroneous reasoning that render arguments logically unsound”. The existence of so many fallacies may be a manifestation of status quo bias. Status quo bias arises when individuals prefer to maintain the current state of affairs rather than change, when the change is actually the better option for the individual. Studies have shown that “individuals disproportionately stick with the status quo”. Psychologists have also found that we tend to seek out and give more weight to information that supports what we believe while dismissing information that does not fit in with these beliefs. Finally, some believe that we argue not to seek truth, but to win debates by persuading others that our point of view is correct. It is, therefore, entirely possible that our own natural tendency to attempt to maintain the status quo presents a huge obstacle for professors who are trying to get their students to “think differently.”

These same tendencies can lead to serious real-world consequences.

In the criminal context, a prosecutor can be “so focused on the belief that a defendant is guilty, they don’t see that [a] document points away from the defendant’s guilt.” In the civil context, an individual can spend years seeking out legal assistance from various attorneys in an effort to prove an unwinnable (and sometimes irrelevant) point.

The stakes aren’t always so high, but remember that clients don’t call lawyers unless the consequences are serious to them, and until you reach expert status, your client’s best chances of getting the best possible resolution is for you to thoroughly research the issues as if you were looking at them for the first time. Therefore, the issue remains: How can one go from perceiving “I don’t know” in a negative light to seeing a lack of knowledge as something useful? The ideal, of course, is to have someone (or multiple someones) you know and respect drill this idea into you while you’re still in the process of learning. On a personal note, my “multiple someones” included my seventh grade history teacher (who informed me I had the right to question authority); a wise old college English professor (who told me that I can only fight facts, not opinions); a law school professor (who suggested that I research everything before giving out answers or legal advice); and a supervisor at my final legal internship (who literally forced me to say “I don’t know” when I tried to think of answers to questions I didn’t know the answer to). But, let’s say that you haven’t come across people who are willing to push your mind in this direction. What can you do instead?

Switch sides: I’ve made this suggestion to people before, and the response has always been a near universal, “No. No way. Not going to do it.” Even if I hadn’t mentioned status quo bias earlier, it’s easy to see why this suggestion gets a lot of resistance; it literally asks someone to give up his or her point of view (even if it is only temporarily) to fight for something he or she doesn’t believe in. Despite this, I continue to endorse switching sides because I’ve actually done it and doing so was one of the most useful experiences of my professional career.

Take up journalism or teach a class:
Investigative journalists generally start their research from “I don’t know.” This position allows the journalist to ask questions and contact people and resources he might not if his goal is to tell a story that simply parrots his boss’ point of view. Likewise, researching from “I don’t know” can prove incredibly instructive to someone who is trying to teach a class. In both situations, understanding as much of the available information as possible leads one to a greater understanding than if that person simply conveys whatever information he thinks is correct.

Watch the news, then use the Internet:
This is probably the most low-risk and least time-intensive suggestion on this list. But, it works. The Internet allows us to look up nearly anything in the privacy of our own home. We can read the same story from multiple points of view, look up scientific literature, and even find out who funded the study last week that came to the conclusion we didn’t like so that we can try to find evidence of bias in the story. No one needs to know what you’re researching. Getting in the habit of researching might lead you to a different conclusion than you might have reached without it, but that’s the point of taking time to research in the first place.

Not everyone will appreciate “I don’t know” in answer to questions. But most will appreciate a sincere effort on your part to try and find the correct answers. Ultimately, admitting ignorance may not be the most comfortable thing you can do. But, it’s definitely one of the most useful things you can do.