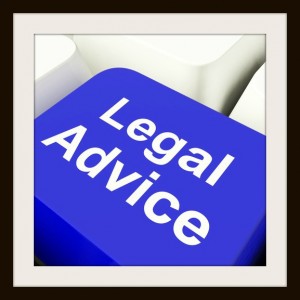 At Lawyers Mutual, we regularly see claims involving the “inadvertent client.”  This is the acquaintance who stops you at a neighborhood party or the grocery store to ask a question about a legal problem.  Based on this brief encounter, the acquaintance believes you are his attorney and will handle everything.  You assume it was just a friendly chat, and the matter never crosses your mind again.

I was surprised to discover that this confusion about the attorney-client relationship can also go in the opposite direction.  In this situation, the attorney believes that she is representing the client while the client claims he never retained the attorney or authorized her to act on his behalf – the “I’m not your client” client.

In 2006, attorney Jennifer Wagner met with siblings Michael Gray and Elizabeth Gray Penny about a piece of property they had recently inherited.  Michael and Elizabeth each owned a one-half undivided interest in the property, which had been their mother’s residence.  Wagner was not hired to perform any work after the initial consultation and did not hear from Michael or Elizabeth for several years.

In 2011, Wagner met with the sister again to discuss an issue with unpaid property taxes on the property.  Elizabeth explained that she had been negotiating with the county tax department for some time.  Discussions had broken down, and the county filed a tax foreclosure proceeding.  Elizabeth believed that something could be worked out if she just had more time.

Wagner filed a motion for an extension of time to answer.  After the extension was granted by the court, Wagner began negotiating with the county’s attorney.  The county agreed to a reduced payment amount and several additional extensions of time.  Things quickly went downhill when Elizabeth was only able to make a partial payment by the agreed-upon date.  The county’s attorney informed Wagner that the amount negotiated had to be paid in full immediately or the county would move forward with its foreclosure.

When the county served its notice of hearing, Wagner wrote to Elizabeth, advising her of the hearing date and terminating the representation because there was nothing else to be done.  Elizabeth called to thank Wagner for her efforts and said that she was still working towards a resolution with the tax department.  The property was sold at a tax foreclosure sale a few months later.

In 2013, two years after her last contact with Elizabeth, Wagner received an email message from Michael Gray requesting a copy of his file.  In that email, Michael demanded to know why Wagner believed she was authorized to represent him in the foreclosure proceeding.  Michael’s attorney sent a follow-up letter asserting that Michael was not aware of the lawsuit and had never retained Wagner to represent his interests.  Because Wagner made an appearance in the case as counsel of record for both parties, Michael was not served with any subsequent pleadings or notices, and he claimed he was not informed that a sale was taking place.

Wagner understood from Elizabeth that she was being retained to represent both siblings.  It never crossed her mind that she needed to confirm this fact with Michael.  Elizabeth had been handling all communications with the county up to that point, so Wagner incorrectly assumed that Elizabeth was acting as contact person for the family and was authorized to speak for her brother.

This “I’m not your client” scenario is a good reminder of an attorney’s obligations with respect to scope of representation and client communications where multiple clients are involved.  North Carolina’s Rule of Professional Conduct 1.2 (and the parallel Model Rule) provide that a lawyer must “abide by a client’s decisions concerning the objectives of representation and . . . consult with the client as to the means by which they are to be pursued.”  Before taking any action, an attorney must confirm that all clients have agreed to the engagement and terms of representation.

In addition, North Carolina RPC 1.4 (Model Rule 1.4) requires, among other things, that a lawyer “keep the client reasonably informed about the status of the matter.”  When representing multiple clients, all members of the group should be consulted about strategy and kept informed as the matter develops.  In the interests of efficiency, a group of clients may decide to enter into an engagement agreement identifying one individual as the point of contact for communications with the attorney.  However, all clients should affirmatively agree to this arrangement, and the attorney should document their agreement in writing.