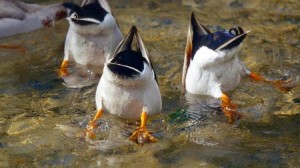 There are intricacies in every practice area that attorneys unfamiliar with the subject don’t know.  Even worse, they often don’t know what it is that they don’t know.   While it is true that generalist attorneys still exist and expertise can only come with experience, it can be very risky to dabble* in “whatever walks through the door.”

Travis Jones was an attorney in a small town in western North Carolina.  He had a successful general practice.  For a number of years, he devoted the majority of his time to real estate transactions, primarily residential closings.  This accounted for about 75% of his practice.  Jones also did some estate planning work, and every now and then he handled a criminal case.

In late August 2008, Jones was approached by a couple who attended his church.  Their son-in-law had recently died in a boating accident, and they asked if Jones would be willing to speak with their daughter about her potential claims.

Jones met with Erica Weston and learned that her husband, Christopher Weston, was participating in a fishing tournament on the night of August 11, 2008.   Christopher was a passenger in a boat being driven by a friend.  At about 4:30 a.m., two boats collided on the lake.  Christopher was thrown from the boat.  According to the report of the State Wildlife Enforcement Officer, Christopher was not wearing a personal floatation device and could not swim.  His body was recovered the following day.

When Jones agreed to represent Erica in connection with her husband’s death, he had never handled a wrongful death case.  Despite this lack of experience, he felt confident about the engagement.  He had known Erica’s parents for years and wanted to help the family.  As a small-town solo practitioner, he had represented clients in smaller litigation matters and knew his way around the courthouse.  Jones was also acutely aware that real estate closings – the bulk of his practice – had essentially dried up due to the collapse of the real estate market.  A personal injury case seemed like an opportunity to reinvent his practice and generate income.

When Erica first met with Jones, she was too distraught to discuss the accident or provide the information Jones needed to evaluate potential claims.  They agreed that it would be best to wait and allow more time to pass before moving forward with the case.  Jones marked the file for a three-year statute of limitations and let it sit.  While he did some limited investigation, Jones never really focused on the matter because Erica was not particularly responsive and he believed he had plenty of time.

On August 12, 2011, Jones called Lawyers Mutual in a panic to report that he had missed the statute of limitations on his client’s claim by one day.  The claims attorney had the unfortunate task of informing Jones that he had not missed the limitations period by one day – he had missed it by a year and a day.  Jones was completely unaware that wrongful death claims are subject to a two-year statute of limitations.  He assumed the more general personal injury statute applied and incorrectly calendared that date.

By dabbling in an unfamiliar practice area, Jones walked right into a distressing and costly malpractice claim.  His reasons for taking the case were understandable, but given the stakes and level of complexity involved, he should have recognized that he getting in over his head.

If a client comes to you with a matter in an unfamiliar area, your first step must be an honest assessment of your ability to competently handle the representation.  Ask yourself:

*dabble – take part in an activity in a casual or superficial way.

Names and other identifying details have been changed to maintain confidentiality.