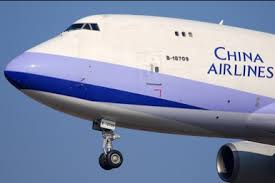 I am always on the look out for more niche areas in the law solos can capitalize on and I happened to find one area which looks to be very promising for the enterprising.

Real estate has always been a vibrant and fairly reliable practice area when the United States had a growing and substantial middle class. Buying a home was a rite of passage, a stated goal of many and practically a given event in the course of one’s life.  It’s the mainstay in the fantasy known as the American dream. Given the economy and the changes we are seeing with distribution of wealth, this area has been and continues to go through challenges. The problem isn’t that homes aren’t selling. They are. The issue is identifying the buyers and where they come from.

First, the buyers are not the usual suspects.  The generation of Millennials born in the early eighties are actually avoiding home ownership.  The reasons are clear as they are broadcast across the news channels almost daily.  There is too much concern about future financial stability due to lack of job security, overwhelming student loan debt, and ever-increasing cost of living.  So who is stepping in to fill this gap in the housing demand? Cash-rich Chinese investors only surpassed by our northern neighbors, the Canadians.

I pieced together the information from these two very interesting articles, “Daughter Doesn’t Buy Dad’s Cheering of U.S. Homeownership. and “China Set to Dominate Foreign Homebuyers Market.” and connecting the dots isn’t hard. (Take the time to read both articles fully.  They are really informative.)

In the first article, Bloomberg talks with Sara Stevens, the daughter of the Mortgage Bankers Association’s, CEO.  She is representative of so many potential buyers in that she is late twenties, engaged to be married and she and her fiancé  have a six-figure income between them.  They are not choosing to buy.  They prefer to rent.

“Six years since the collapse of Lehman Brothers triggered a financial meltdown, some young adults are more risk averse and view the potential upsides of status and wealth more skeptically than before the crisis, altering the homeownership calculation. It’s more than the weight of student loans, an iffy job market and tight credit — even those who can buy are hesitant.”

But there are more fascinating statistics to sink your teeth into:

These problems are not going to be resolved quickly.

And yet even as many Americans are finding the American Dream harder to pursue (or not worth the effort), or redefining what the American Dream is to them, it looks as if buyers from outside our borders, especially China, want to and are actively investing their dollars in our real estate market.

Here are some statistics pulled from the second article mentioned.  Foreign buyers have already purchased more than $92 billion worth of U.S. real estate in the year ending in March, 2014.  This is up sharply from $68 billion just a year earlier. An incredible 60 percent of those transactions were all cash deals compared to just thirty three percent of domestic buyers.

Of the $92 billion, Chinese buyers spent $22 billion of that total.  They now account for sixteen percent of all foreign purchases, three times the level of just a few years ago. Even though we’re just talking about a fraction of all home sales in the U.S., it remains a trend worth noting.

We’ve talked about building bilingual practices on our blog.  We’ve talked about branching out overseas. We’ve talked about getting creative and out of your comfort zone as you look to build a practice which embraces changing times.  Technology allows you to do this.  Now it is up to you to be as creative and enterprising as you possibly can because there is a huge market out there for your services.  The lawyers who will succeed are the lawyers who not only recognize where their clients will be coming from but figure out how to reach them and service them on terms the clients will willingly to accept.