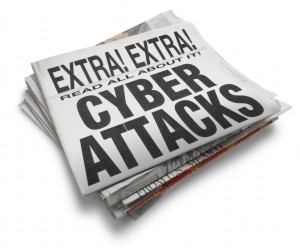 An attorney’s decision to use an iPad, a cloud based service such as Dropbox, a smart phone, a Wi-Fi network, or even basic email in the furtherance of delivering legal services is not in and of itself unethical nor a poor business decision. The real problem is with what those who use such tools do or don’t do with them.

Portable devices, to include backup drives, are sometimes lost or stolen; rogue programs that capture banking passwords, encrypt your data, or steal your data can be unintentionally downloaded; your network resources can be used in a hacking attack; and this list could go on and on. Much of the risk comes from missteps such as lax security procedures, falling victim to a social engineering attack, and even simple ignorance about how a given device works or what the application really does.

Now you’ve read the headlines. Who hasn’t heard about the Target breach, the NSA scandal, the Heart Bleed bug, Chinese cyber-spying, the end of Windows XP support just for starters? In addition, did you know that according to the 2012 ABA Legal Technology Survey, approximately 10 percent of participating law firms reported experiencing a data security breach of some kind? Taken together, one can surmise that cybercrime is going to continue to be a serious concern for the foreseeable future. Not be pessimistic but my personal perspective on the odds of a law firm having to deal with the fallout of a security breach is this.

It’s not if it will happen, it’s solely a matter of when.

If your response happens to be “we’re too small to be on anyone’s radar,” please understand that a significant percentage of cybercrime attack vectors are automated. The size of the target isn’t part of the equation. It’s simply about taking as much data or money that they can.

The real issue that must be addressed given the proliferation of cybercrime is what might the fallout be for any attorney or firm who experiences a data breach? The things that come immediately to mind include:

Clearly, technology is a double-edged sword. While its use by attorneys in order to practice is very appropriate, and I would argue mandatory in this day and age, doing so does expose attorneys to additional liabilities that can arise from identity theft, hacker malfeasance, cyber extortion, a security failure, hardware theft, and again, the list goes on. The problem is that for many there is an insurance gap in play. Should you ever find that your firm has been a victim of cybercrime would your existing insurance cover it? For far too many the answer would be no because malpractice policies and most general business insurance policies offer little to no coverage for cybercrime loses. The good news is that these risks can be properly covered with the purchase of a cyber liability insurance policy.

If you are not familiar with Cyber liability insurance products, know that they vary greatly in terms of cost and offered coverage provisions so a little comparison shopping might prove worthwhile. They are also claims-made policies which means that they must remain in force if one is to have on-going coverage. As a group these policies are designed to provide protection against things like the following:

While one can never be completely free of the risk of becoming yet one more cybercrime statistic, the good news is that with the addition of cyber liability coverage this risk can be appropriately managed.

One comment on “So, You Think You Don’t Need Cyber Liability Insurance?”