“Of all sad words of tongue or pen, the saddest are these, ‘It might have been.”
John Greenleaf Whittier,     Maud Muller – Pamphlet

Better yet, what if you won the lottery? 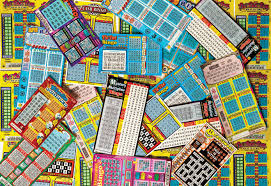 I’ve been at this law thing for about a decade now – from the time I walked through the door of my first law school class to now. Before that I used to say almost every day, “Man, if I won the lottery, what I’d do is go back to school to get my law degree.” Yep, I used to say that. Nope, I did not win the lottery.

When I first started thinking about going back to get my J.D., I was a couple of years out of college. I was a bit aimless right out of school. I was an English major, after all! I had worked my way from realtor to waitress to temp secretary to retail store manager to dental office manager over three years time. I had moved from Huntsville to New Orleans, to Memphis, and back to Huntsville. I was learning to work on computer networks, but I knew that I did not want to make that a long-term career. I kept hearing the voice of one of my college professors ringing in my ears, “It’s OK if you don’t want to go to get your doctorate in English literature. There’s always law school.”

Time flies. I landed my first tech job working as the database administrator for a state-run mental health center, then transitioned to a job as a systems engineer for a software company. Ten years later, now living in Florida, I was still working as a systems engineer, still working for software start-ups, still repairing computers and programming databases. Still saying, “What if?” Don’t get me wrong – I had a great career. I was a very good systems engineer, I had a nice consulting practice on the side, and I could have done that for a long, long time. But, “What if?”

In late 2002 I was dating a wonderful guy, Tim (now my husband), and we would walk together on the beach every morning before work. Every day I would talk about “one day” going to law school. He finally got sick of hearing it. He told me, “You don’t have to win the lottery. Just go to law school.” He encouraged me to chuck a perfectly fine career in computer technology and pursue my “what if.” And so I did.

After law school, I did what was expected and went to work at a Big Law firm. The whole time I was there, I kept wondering, “What if I had just hung a shingle?”

I was as terrified by the prospect of going out on my own as I had once been of going to law school. It was my new “what if.” Once again, Tim stepped in as the voice of unreason, telling me that I did not need to win the lottery to start my own firm any more than I did before going back to school.

That was four years ago. Four years since I hung a shingle, declared that I was going to practice law my way, and dove into the deep end. It’s not easy, I’m not going to lie, but I wouldn’t change a thing.

The thing is, you don’t have to win the lottery to live your “what if.” You just have to be more afraid of never doing that thing you’ve always dreamed of than you are of letting go of what’s comfortable and safe.

You have to give yourself permission to live the life you want. To have the career you want.