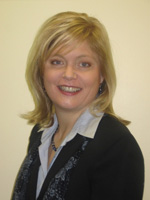 Vonda K. Vandaveer is an immigration lawyer with a practice based in the Washington, DC area. She will teach a mini-course called “How To Build An International Law Practice” at Solo Practice University®.

Vonda K. Vandaveer is admitted to practice law in California and Washington, DC. Her practice is based in the Washington, DC area, where she represents clients in their international business transactions, U.S. government contracting efforts, and immigration matters.

While living in Tunisia and Brussels for the last six years, she has worked virtually with her law office in the United States.

She also has received professional training in consular processing at the U.S. State Department’s Foreign Service Institute and has performed consular services at the U.S. Embassy in Sarajevo, Bosnia-Herzegovina.

Prior to earning her law degree and license, Ms. Vandaveer worked for 10 years as a journalist on the east and west coasts of the United States, winning awards for her news coverage.

Syllabus – How To Build An International Law Practice