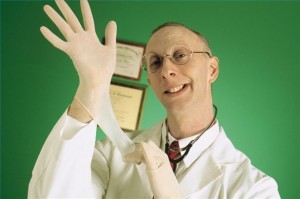 Years ago at an early morning meeting Jimmy Brill, a veteran estate planning lawyer and the founder of Solos Supporting Solos, asked each of 30 lawyers to introduce themselves and their practices. I didn’t know any of them, and they all faded into a blur, except for one tall gentleman in a straw hat and seersucker suit. He said, “I’m a proctologist in the courtroom.” He got some chuckles and my attention.

I often ask the attorneys I coach on business development to analyze their client list to determine how they obtained their previous clients. Most of them report that the majority of their new clients come as referrals. If your business depends on referrals, your success depends on the likelihood that others will remember you when someone has a problem you can solve.

A couple of months after that morning meeting, I asked someone in the group, “What’s the name of that guy who’s the proctologist in the courtroom?” “Ted Hirtz,” he responded immediately. Ted’s introduction stood out and triggered the memory of enough people for me to locate him again.

What made Ted memorable? Chip Heath and Don Heath, the authors of Made to Stick, would say that one reason Ted stuck in my mind was that his description “broke my guessing machine.” I anticipated that he would say he was a trial lawyer, a real estate lawyer, or something else predictable. Unexpectedness grabs our attention and enhances memory.

In their book Made to Stick, the Heath brothers analyzed what makes stories, events and sayings memorable. They distilled it down to six factors that create “stickiness,” which they express in an acronym that (almost) spells success: Simplicity, Unexpectedness, Concreteness, Credibility, Emotions, and Stories.

Ted Hirtz used concrete words that created an image in my mind. (Let’s not go any further with that.) We remember concrete images more easily than abstract concepts. He also kept it simple. He conveyed one straight-forward message: that he is a tough trial lawyer.

Ted’s statement also evoked some emotion. Most of us either winced or chuckled. Studies show that people remember longer the thoughts paired with emotion. No wonder we remembered Ted’s statement. In one sentence he utilized at least 4 of the stickiness factors.

People also remember what you do if your description triggers them to imagine that you can help with a problem they struggle with or know someone else who does. So keep those legal concepts simple and easy to understand, and try to illustrate the benefit of using you. Don Graul, a lawyer who handles family law mediations before attorneys get locked in battle, says that he helps parents get divorced with less pain for themselves and their children.

Sometimes Don says he does “early intervention mediation,” but he recently remarked that often even lawyers don’t seem to get it. That approach doesn’t employ the principles of simplicity and concreteness. Big words often float right over our mental retention pond. It also lacks the emotional depth of Don’s other description.

What if what you do is just naturally complex and difficult for a lay person to understand? Boil it down to the most basic issues, or the most meaningful concrete benefits.  Kevin Maguire switched from saying that he is a condemnation lawyer to saying he helps resolve land disputes. His listeners responded with questions about his work, which means they were intrigued. Lisa Thorp, a public finance lawyer, said her descriptions of what she did bored people.  Now she speaks with pride about helping communities build hospitals and schools. Chris Kotlarz, a tax lawyer, says he helps keep the government’s hand out of your pocket. Who doesn’t want that?

Notice that none of the previous examples started with “I’m a lawyer.” Most people already have in mind an image of what it means to be a lawyer. Unfortunately, today that may not be the image you want to invoke. Once you stick a concrete image in their minds of the benefit you provide, however, you will often get a follow-up question like “How do you do that?” There’s your opportunity to tell a brief success story, illustrating the point and strengthening your listener’s memory. It might start with, “Well, I’m a lawyer and, for example, when my client had a problem with X, I helped him by doing Y.”

How will you know when your introduction works for you? Here are some good signs. One: you get a follow-up question indicating curiosity about how you do what you do. Two: Your listener asks for your card. Three: You hear other people repeating some version of what you said. An acquaintance may introduce you to a third person using your words, or even better, someone may call to hire you because they heard you can help with whatever you said.

By way of example, Steve Scholl got trained in a specialized form of mediation called peacemaking. He began introducing himself as “a trial lawyer and peacemaker.” I knew he had achieved stickiness when someone at my church remarked to me that she met a man who is “a lawyer and a peacemaker,” with a certain tone of surprise in her voice.

If these ideas sound effective to you, but you keep drawing a blank when you try to apply them to your practice find a buddy to brainstorm and experiment with.  Test it out on family and friends.  They can be your best focus group.