New York just passed mandatory pro bono hours for all new lawyers before they can be admitted to practice law.  This is indentured servitude, not pro bono.

Beginning next year, the 10,000 or so prospective lawyers who pass the New York State Bar exam every year will be required to perform 50 hours of pro bono legal services before they are approved to practice law.

New York judicial system is quite proud of itself for creating this new mandatory requirement feeling it will give new law grads a chance to try out their skills while relieving the state of expanding programs which will actually hire lawyers to provide legal services to the indigent. 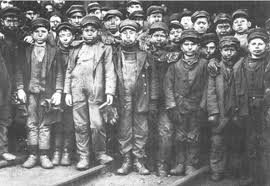 How brilliant.  How oppressive.  How typical. Add another obstacle to new lawyers before they can earn money with their degree and while they are drowning in debt instead of funding legal aid.

But his (Judge Lippman) latest measure may prove more controversial, some of his admirers said, because it wades into a fierce debate among lawyers over whether mandatory pro bono service is the right solution — and because it could hit the pocketbooks of young lawyers at a time when they are struggling to find jobs. Judge Lippman and the court administrative board have the power to do so because, unlike in many other states, the New York court system, and not the bar association, sets the requirements.

Cloaking it in a shroud of benefit to all appeases those who are so far removed from the reality of today’s new lawyer struggles it’s crazy!! And it relieves law schools of their obligations, once again, to produce lawyers who can actually practice law.  It creates this unacceptable purgatory between law school and a real job.  I won’t even begin to try and lay out the scenarios which could impact a new lawyer from performing those fifty hours between bar exam and finding out results.  And it definitely does not fit the description of pro bono.  It is classic indentured servitude.

This is a slippery slope as I’ve written about before.  And what’s worse, New York hopes this will be revolutionary and other states will jump on board.

(This column comes on the heels of the recent Second Circuit Decision regarding pro bono fees, as a I promised.)

It’s been a year since I read an Illinois Supreme Court ruling regarding mandatory pro bono reporting and I’m still feeling claustrophobic as the legal universe we are permitted to function in gets smaller and smaller.

That state’s new rule, celebrating it’s one year anniversary this month, requires lawyers to “annually report their pro-bono activities, including hours worked and any money contributed to pro-bono efforts.” The rationale behind the rule is that, by having to report what they do (or don’t do) by way of pro bono work or financial gifts to recognized legal aid organizations, lawyers will somehow be shamed into actually doing some, or do more than they’re already doing.

It doesn’t take a genius to see where this is really going. Although structured as simply a confidential reporting program for the purpose of accruing an aggregate total of pro bono hours, lawyers who fail to report their numbers to Illinois authorities face possible suspension of their law licenses. With this framework in place, if actual pro bono hours do not increase in a voluntary fashion, is it really a stretch to see pro bono work being mandated in order to continue practicing in the state of Illinois? (Note: Illinois is home to the American Bar Association.)

Who will have the hardest time meeting these requirements? Not large law firms that use their pro bono efforts as a tool for self-promotion. How much does it really cost them, anyway? At most large firms, it’s low-level associates who do the majority of the firm’s pro bono work. The firms write it off as a loss. At their worst, they take on high-profile cases in an effort to gain incalculable publicity. Mandatory pro bono wouldn’t hurt large law firms. Rather, they will profit on many levels.

Solos, however, will be the ones injured. They will look ungenerous and self-serving, as they single-handedly face the everyday struggles to stay in business.

As the pro bono numbers generated by solos, the largest body of lawyers out there, fail to increase appreciably, what will be the next logical step? Forcing them to take on a minimum number of pro bono hours or face suspension? It is certainly plausible.

And as word is spread to the general public regarding an attorney’s obligation to do pro bono work, is it unreasonable to believe that lower-income clients will demand lawyers represent them for free or at sharply reduced rates?

Yes, mandatory pro bono would be a great image enhancement for the legal profession, particularly large firms. But for solos, it would be a daily migraine.

Shouldn’t Illinois officials be looking to catalog aggregate results rather than aggregate hours if the stated goal of this self-aggrandizing exercise is to actually help indigent clients? If painters took two days instead of two weeks to paint your house, wouldn’t you applaud their speed and efficiency? We should be measuring effectiveness through results, not inefficiency through racked up hours.

And, of course, we can’t let Illinois get all the glory for being so benevolent when giving away our services. All the states will want to jump on board for fear of looking mercenary and uncaring. They, too, will want to crack the whip and give away our time and money.

As a lawyer, I believe the role of the judiciary and national and state bar associations should be to provide a de minimus framework of what we can’t do in order to avoid risking our law licenses. Outside of that, they should be a source of professional support and information.

It is not their job to legislate or mandate how I should aspire to be a better person or lawyer. Nor should they tell me that I must give away my services.

But that is where they are heading. Please don’t order me to tithe to the Church of the American Bar Association. I still believe in freedom of professionalism. •

This ‘solution’ has been approached in many different ways by many different groups.  It was inevitable someone would find a politically palatable solution taking it out of the hands of the ABA and putting it in the hands of the judiciary.  The tanking economy gave the perfect opportunity to implement this scheme and it has now found its supporters. Shame on them.

What do you think about this ‘mandatory pro bono’.