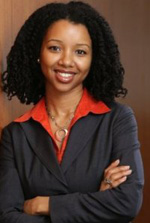 I’m very excited to introduce Solo Practice University’s newest columnist, Lurie Daniel Favors.  Lurie just celebrated her second anniversary as a solo.  She is truly exceptional on many levels as you will discover.  Her column is going to be geared toward building a ‘community-based’ practice – a practice driven by the needs of a select community (in Lurie’s case, geographic and ethnic) and in helping your clients… your community prospers.  Through her column you will learn how you can do the same. If you’d like to learn more about Lurie, please listen to her Savvy Solo guest-teleseminar.

Back To The Root of Things: The Role of Servant Lawyers

If you are like many attorneys you may spend a lot time mentally vacillating between two competing streams of thought. On one hand many attorneys state that they’d gone to law school with a sense of purpose. Many of us acknowledge wanting to use our law degrees to “make a difference,” however that may be defined. We frequently start out as do-gooders, bright eyed and perhaps a tad naïve. But in any event, many a legal career started with a desire to both do good and to change the world.

Yet, if you spend any significant amount of time in the legal profession the definition of “success” can begin to shift ever so slightly.  Instead of dreams about helping the less fortunate, improving social policy or otherwise making that difference, somehow success in the law starts to take on an opposite meaning.

This process usually starts in law school and can be so gradual that you can’t quite remember how or when it happened until it is too late.  Somehow, between the day we start law school and wherever we happen to find ourselves in our careers at the present moment, “success” soon becomes more about getting the “gold stars.”

As opposed to dreams of changing lives and serving our respective communities, success becomes defined as making partner, winning headline garnering cases or getting speaking engagements on major news network as a legal commentator. For far too many of us, “making a difference” inevitably gets squeezed into the few volunteer hours we manage to devote to pro bono work.

Sadly, try as we might to find some semblance of peace with this newfound path, the traditional symbols of success in the law often ring hollow. One of my favorite sayings from law school was that success in the law is like a pie eating contest where the first prize is just more pie.  We break our back to get on partnership track, only to learn that we work longer hours, feel more stress and have even less time for connecting with our family, friends, and community.

For a while we convince ourselves it is enough. For a short time we can almost fool ourselves into thinking that we have arrived and try to bask in the glow of our newly defined success.  But every once in a while we get an abrupt reminder that this path, this narrow definition of “making it,” was not how we started. Ever so often we see a flash of passion that reminds of why we went to law school in the first place: to serve people who need help.

When I worked as an associate in a big law firm, I witnessed one such moment.  One of my colleagues had just landed her dream law job.  Though we’d only been practicing three years as corporate associates, she’d successfully interviewed for a position at a boutique law firm. Instead of spending days reviewing contract for cross border asset purchase deals or getting staffed on the next big IPO – she was going to spend her days working with artists as she developed a practice dedicated to theater law.

Aside from the fact that until that point I did not know theater law was an actual practice area, one thing was clear: here was someone who was actually going to follow her passion.  Here was someone who was going to give up the big salary and the trappings of big law in order to live out her dream according to her own definition of success.  What was also clear was the fact that she was incredibly happy about it.

As was customary in big law tradition, her departure was cause for a late afternoon celebration complete with cake, coffee and speeches in the conference room. After a few associates voiced their appreciation for all that she had contributed to the firm, either the head of the department or some other senior partner she’d worked with would get to say a few closing words.

As the selected partner spoke it was clear that he was proud of my colleague.  He spoke about the wonderful opportunities that awaited her and was all around congratulatory.

But then…he began to reveal a bit more than the traditional “good bye and we’ll miss you” type of speech. He confessed that he was actually a bit jealous.  As it turns out, more than two decades prior he too had wanted to work as a lawyer for the arts.  He too had once sought an opportunity to follow his passion and to use the law to live out his dream. But unlike my colleague (and just like so many other attorneys) he’d turned his back on his dream in exchange for the trappings of “success.”  And it was clear from the way that he spoke that it was a decision he continued to regret all these years later.

The room fell into an awkward silence as the magnitude of his confession washed over us.  Here was someone who had taken the path many of us were currently on. Like so many of us – he had traded his dream for someone else’s definition of success and in the end it was a trade that he lived to regret.

There are probably countless stories like his.  We’ve all heard the tales about never meeting an attorney who was actually happy in their practice.  We grimly resign ourselves to the idea that we can’t both be fulfilled and gainfully employed in the legal profession. I know this is so because for a brief period I believed it to.

But as I stood in that conference room and listened to the regret that simmered like a palpable wave buried just beneath the surface of the partner’s voice, I experienced my own “aha” moment.

Here’s the thing: for a lot of us, going to law school was not about making partner.  It wasn’t about office-supplied blackberries, year end bonuses, car service home on late nights and working successive weekends for months at a time so that our client could just buy another company or spin off a subsidiary. It wasn’t about getting trapped in practice areas that we never really, liked for reasons we can’t really remember for clients that we don’t really enjoy working with.

Before so many of us traded in that dream for some artificial notion of success we had dreams and passions that were so strong we just knew that not only could we change the world. We believed that we actually would change the world.

Because let’s face it: When you think about the sheroes and heroes of the legal profession – do you think of the named partners of the AmLaw 100? Do you dream about those partners in corner offices who earned enough in profits to buy a yacht or send their kids to the private school of choice? When thinking about those who dedicated their lives to using the law to improve the world for someone other than themselves – is it the lawyers who closed the largest deals or won the latest round of some obscure securities litigation matter? Probably not.

I’d be willing to bet that when you close your eyes and think about who you consider a sheroe/heroe of the profession, they likely have one thing in common: they were the greatest servants. They are the attorneys who were committed to their passion and even more committed to helping the people who needed them. It is this spirit of service that makes them stand out in our minds as people who got it right.

Now obviously, this may not apply to all of us. But if you are one of those who desire that “feeling”, if you are someone who got into this profession because you believe that a lawyer can do good and can change the world, then it is up to us to redefine success.  It is up to us to declare that we can do well by doing good for others – and then go out and make it true. Whatever your passion is, whatever it was that drove you to see the law as a tool to empower those who need it, you need to hone that. Nurture it, meditate on it and then try to figure out how to make it a reality. Because in order to find the true success that we knew awaited us when we entered this field, we must first find a way to serve those who need us.

2 comments on “Back to the Root of Things: The Role of Servant Lawyers”