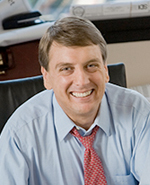 Christopher G. Hill is a construction lawyer in Virginia. He teaches about effective risk management, collection and contract drafting techniques for construction professionals, along with some practice-building advice, at Solo Practice University®.

Chris and I talked a couple of months ago about what is new in the construction law practice area so for those interested in this expanding practice area…turn up your speakers. We also had a great discussion on going solo because Chris went from a law firm environment to solo and has been out on his own for more than a year now. Join us!

The audio is about 36 minutes. Listen directly below.

Chris is a construction lawyer at the Law Office of Christopher G. Hill, PC, author of Construction Law Musings, a Virginia Supreme Court certified General District Court mediator, and a LEED AP, Chris has been nominated and elected by his peers to Virginia’s Legal Elite in Construction Law on multiple occasions. He has more than ten years of extensive counseling and litigation experience, both inside and outside of the courtroom, during time spent at Meyer, Goergen & Marrs, P.C. and the Virginia Office of the Attorney General. He has successfully resolved cases at all levels of both the state and federal courts of the Commonwealth of Virginia.

Since 2002, Chris’s practice has been devoted largely to representing contractors, subcontractors and material suppliers in all aspects of construction, including litigation. He has rendered assistance in all aspects of the industry including commercial/industrial, governmental and residential settings.

In particular, Chris has assisted his clients in,

He also works extensively with contractors, engineers and architects in negotiating and drafting construction contracts and related documents.

As an active member of the Associated General Contractors of Virginia, Chris regularly presents to the AGC-VA membership on a variety of topics, ranging from occupational safety issues to changes in the law that affect the construction industry.

Chris also serves on the Associated General Contractors of America’s Contract Documents Committee where he has input into the content and structure of standard construction contracts that are widely used throughout the United States.