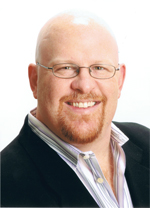 Gordon Firemark is an attorney whose practice is devoted to the representation of artists, writers, producers and directors in the fields of theater, film, television,and music. He teaches a course on how to create and build an entertainment law practice at Solo Practice University®.

The interview is about 55 minutes long. Listen directly below.

If you’re interested in entertainment law you’re not going to want to miss this update on what’s new in this exciting practice area.

Some areas we discussed:

Mr. Firemark serves on the Boards of Governors of The Los Angeles Stage Alliance , (the organization responsible for the annual Ovation Awards for excellence in Theater) and The Academy for New Musical Theatre. He has also served as Chairman of the Beverly Hills Bar Association’s Entertainment Law Section, and on that Bar Association’s Board of Governors.

Mr. Firemark holds a B.A. in Radio, Television and Film from the University of Oregon, and earned his law degree at Southwestern University School of Law. After working in the legal and business affairs departments at Hanna Barbera Productions and the MGM/UA Worldwide Television Group , Mr. Firemark worked at a prominent Los Angeles based entertainment litigation firm, and then hung his solo shingle in 1993. In 1997 Mr. Firemark joined with two other lawyers to form The Business Affairs Group, a transactional entertainment law boutique. In 2002, the partners went their separate ways, with Mr. Firemark returning to the flexibility of solo practice.

Gordon is also an accomplished producer of stage plays and musicals and serves as CEO of Fierce Theatricals, Inc., which is currently producing several touring productions. He has been involved with the entertainment industry in one way or another since his youth as a sound, lighting, and special effects technician in the theatre. Prior to becoming an attorney, he worked in the television industry, producing and directing live sports telecasts, public affairs programming commercial announcements, documentaries, and industrial videos.

Mr. Firemark teaches Business Law at Loyola Marymount University, and has offered courses in Theater Law at Cypress College, and Entrepreneurial Studies at California Institute of the Arts. Mr. Firemark has served as a moderator and featured panelist at seminars sponsored by the Beverly Hills Bar Association, California Lawyers for the Arts, Theatre LA, and the Oregon Artist’s Rights Coalition. He has also been a guest lecturer at Southwestern University School of Law, Loyola Law School, California Western School of law, UC Irvine, and California State University, Northridge.

The Importance of Great Customer Service for a Successful Law Firm

How ‘Knowing’ Everything Limits Your Learning

You Ask…I Answer. “I Want To Fire A Pro Bono Client”