(Update: 12/15/11) As indicated in the text of this post, this attorney chose solo as a side dish but it also served as a plan B should her full-time position change.  Well, thanks to the economy and a change in the dynamics of her employment, she is now practicing full-time as a solo.  Developing a plan B  while working full time really helped with the transition because she had already worked out many of the kinks of solo practice on her own schedule and without financial pressure.  This enabled her to flow relatively smoothly into full time practice.)

I have had an ongoing correspondence with a ‘friend’ whom I’ve never met but feel I can call her ‘friend’ because we have been exchanging intimate, thoughtful, and fun conversations on the phone and through e-mail for a few years, and she continues to have an interesting professional trajectory.  At one point, while doing document review, she was planning to go solo. During the planning and networking phase a truly fabulous legal job landed in her lap. (Yes, when you start acting like a peer instead of a subordinate, job opportunities surface!)

She took the job which offered opportunity, security, benefits and tremendous flexibility during her work week which dove-tailed very nicely with her life goals.  Even with this economic turmoil she was also just promoted.

When we corresponded last week she said she was really itching to practice the kind of law she wanted to practice in addition to her full time job.  She saw starting her solo practice as a ‘side dish’, not the main course.  This really got me to thinking about how often we tell people to hold onto their jobs until they can go solo as the ‘main dish’ never contemplating people may very well be happy with their current jobs but want to also have a ‘side dish’ practice 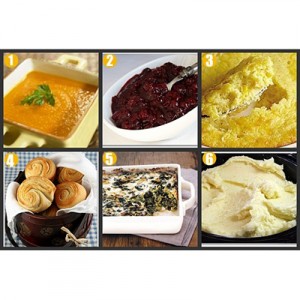 There are some who would say you can’t have a solo practice as a side dish and do it effectively.  They could be right if they saw the  ‘side dish’ solo practice as just a stepping stone to becoming the ‘main course’ solo practice.  However, this isn’t her goal. She just wants to take a few select cases when she chooses while maintaining her current job. I say, ‘why not?’

In her particular situation, she is constantly approached about a very niched area of practice having to do with family formation catering to a particular ethnic group and sexual orientation.  Couldn’t get nich-ier than that! It is also purely transactional and doesn’t require normal working hours or a court schedule.  I personally believe this type of transactional work is best if you’re doing solo as a side dish.

The nice thing about this approach is she will have a built in Plan B should her job somehow evaporate.  But her goal isn’t to build her practice into a full time operation.  Her goal is simply to have a solo practice in addition to her current full time job and on her terms representing just the people she wants to represent.  There are no external pressures other than her desire to have a client base of her choosing in an area of law she is drawn to and will enjoy.

This also begs the question ‘what is success?’  I am often asked what success is when it comes to practicing law as a solo.  So many equate it with something measurable and inevitably this is money.  Fair enough.  If the goal is to build a sustainable business which pays the bills and allows for comforts in you life, you’re in the majority of those who go solo. Others say satisfaction in servicing clients.  Yet others say it is a combination of the two.  No one is wrong or right.  It’s how they define success.

This example of solo as a side dish is interesting in terms of measuring success because in this particular instance, she is practicing law -  just not the type of law that gives her the greatest satisfaction.  It pays the bills well and gives her flexibility to try out doing the law she really wants to do.  Will her solo practice net her $100,000 a year in legal fees?  Not the way she wants to do it.  At least I don’t think so.  But that’s also not her goal.  Her goal is to provide legal services to a defined audience on her terms while keeping her full time job.  So, will she be a ‘successful’ solo practitioner?

What do you think?  Do you have a full time job but would like to have a solo practice as a ‘side dish’.  Do you already practice ‘solo as a side dish?’