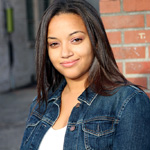 Flirting Solo: How I Flirted With The Idea of Going Solo

Confession: I record every single episode of Oprah. Who doesn’t love Oprah?! My husband, that’s who. So during my year of clerking for a judge, I would watch Oprah as soon as I walked in the door because my husband was not home during that time. It became a great way to unwind from my crazy work day. (I clerked for a family law judge- need I say more?)

Anywho, I once watched an episode where Oprah was interviewing Alicia Silverstone about her new book, The Kind Diet. It was all about Alicia’s decision to become a vegetarian and then a vegan. I did not decide to become a vegetarian or a vegan as a result of this episode. In fact, I didn’t even decide to read Alicia’s book. But I did love what she said about making the decision to become a vegan. She said that she “flirted” with the idea for some time and that her book was all about getting people to “flirt” with the idea of changing the way they eat.

Well, I am writing this article to get you to “flirt” with the idea of going solo. Making the decision to start your own practice is huge and even more so if you want to do it straight out of law school. Maybe you’re not quite ready to make such a big decision. So don’t. At least, not yet. Instead, spend some time “flirting” with the idea of building your own practice.

To help you get flirting, here is how I did it:

Maybe you just graduated from law school and can’t find a job. Or maybe you look at older attorneys at your firm and realize you don’t want that to be you in 20 years. Maybe you aren’t even an attorney but came across this article and it resonated with you because you don’t want to keep doing whatever it is that you’re doing. To people in all of those positions, I encourage you to flirt!

So, are you currently flirting with solo practice?  Let me know!

You can connect with Rachel here:

11 comments on “Flirting Solo: How I Flirted With The Idea of Going Solo – Rachel Rodgers”