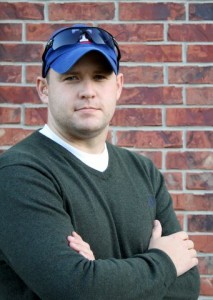 I’d like to introduce University of Tulsa, College of Law 3L and Texan Jack Whittington, Solo Practice University’s new monthly columnist.  While Jack is not necessarily going solo, the reason Jack has agreed to join the SPU community is because we share a common perspective about the ‘Millennial’ and the legal profession – there is room and there is work for lawyers who want to be part of this profession for the right reasons even though he and thousands like him will be graduating into a very uncertain professional future.

In spite of all the uncertainty, Jack is part of a new generation of lawyer-to-be who is ready to take on the challenges because they have to if they are to fulfill their desire to be a lawyer.  Starting November 11th and every second Thursday of the month thereafter, you’ll learn more about him as he chronicles his experiences as a 3L, begins the job hunt, takes the bar and plans his future. His column is aptly named, ‘Coming of Age in the New Economy.’

For now, here is the original column which started it all reprinted with permission:

It seems like from the moment that I entered into law school I’ve been told by people in the legal community how much of a mistake it was to go to law school, or how tough it was going to be to get a job, or how the debt and the sacrifice just wasn’t worth it. Stop, just stop it, stop it now. No it’s not that I don’t want to face reality. I’m smart enough to know that finding a job in the Great Recession (by the way when did we start calling it this?) will be tough. I know now more than ever firms are hiring less and firing more. I know that while I may find a job out of school it will probably not pay near as much I need so that I’ll be able to realistically pay off my student loans in a timely fashion, and may be repaying these loans for the next 25 years or better, after all even President Obama struggled at times to finally pay off his student loans.

Additionally, while I’m up on my soap box I have a message for the legal publications running scores of articles deterring students from applying to law school and why such efforts are misguided. Newsflash! Odds are that if someone below the age of 25 is reading a legal publication, survey says they’re probably already in law school! A little too late for us to bail out now after we’ve already sunk hundreds of thousands of dollars into debt to go to law school in the first place. Even if we tried to get our money back it’s doubtful we would as one Boston College Law student is about to find out.

I get it, bottom line I get it. BUT did it ever dawn on any of you that maybe, just maybe many of us that did decide to take the plunge into law school didn’t do it for the money, fame or fortune, but we did it because we want to help others and make a difference? I see classmates around me everyday involved in legal aid, public defenders, and pro bono clinics that are doing the work because they enjoy it – not because they want the world to look at them and tell them what a great job they’re doing. I firmly believe that the Millennial Generation more than any other generation before us feels as a whole that we were put on earth to make a fundamental difference, and make the world a better place. We don’t need the people that screwed it up for us in the first place telling us how wrong or misguided our efforts are.

Rather than telling us how bad things are out there why don’t you start helping us clean this mess up? This generation will confront the perils of cyberbullying, racism, sexism, homophobia, and all manner of other social problems head on. Help us to make the world a better place for our children.

It has often been said that Generation Y will be the first American generation that has lower living standards than our parents. We acknowledge that and accept it as our challenge. We don’t need people dragging us down and making a bad situation worse. Deterring members of our generation from going to law school is not the answer, we just have to re-mold expectations and re-cast the role of a lawyer in today’s society.

As recently as 50 years ago, attorneys were viewed as pillars of the community, moral upstanding citizens that were seen as role modelS for civic duty. Now in 2010 attorneys are looked upon with disdain, mistrust, and sometimes open hostility. This must change. We must get back to the era of the lawyer being seen as model citizens rather than the ambulance chasing sharks that we are portrayed as today. How do we get back? I’m not sure, but I do know that deterring people from entering the legal profession certainly won’t help. If anything we need more Gen Y’ers to make the commitment, because it is going to take a BIG effort out of Millennials to right the ship for future generations. Don’t hamstring us at the starting line, help us get started.

Gen Y’ers will be faced with a massive federal deficit, the expiration of Social Security and Medicare, terrorism, global warming, and re-evaluating America’s role in the world. We need all the help we can get but at the same time we have to start looking out for the big picture now. Instead of asking whether or not we want to take on the debt and the burden law school brings, the question should be whether or not we’re prepared to meet the challenges that this generation will have to tackle. Those of you that say yes, damn the costs, take the LSAT and send those applications in. As for the debt – if there is one thing our parents and grandparents have taught us it’s that if you can’t pay for it, charge it.

Jack Whittington is a 3L at University of Tulsa, College of Law. A Native Texan, he and his high school sweetheart (now fiancee) have traveled the educational path together through high school, college, and now law school and will be graduating into the Great Recession.  Follow his journey. You can connect with Jack on Twitter, LinkedIN as well as subscribe to his blog, ‘World Wide Whit’. If you’d like to learn more about Millennials’ in their own words you can also follow his contributions at The Next Great Generation Blog.