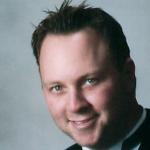 When did you first know you were going Solo? What were the
circumstances?

Marc: The decision to go solo was the culmination of a process I
can best describe as a journey of winding roads, dark alleys, the
relief of an occasional triumphant day sandwiched between weeks
of self- doubt and second-guessing. My father is an attorney
and I could probably trace my legal career back to summarizing
depositions at the age of three or four with crayons and Elmer’s
glue. In a very real way, the option of following my own path
was removed and replaced with the less attractive, but more
secure option of going into “the family business.”

Unfortunately, it was not long after deciding to follow in my
family’s footsteps that I knew that I needed, in some way, to
create my own path, make my own name, step out of the shadow,
(add your own cliché here), and that working for my father would
never allow me to do that.

Although working for family had it’s good points, most weeks
involved reaching a saturation point where I would lose sleep,
begin having long conversations with my dog, and making my mind
up to finally start my own firm. Unfortunately, these
resolutions were short-lived, and I would return to work the
following week only to be fired on three of the following days
and quit the other two. Although it was slow and somewhat
painful, this process continued to bring me closer to where I am
today: creating something I believe in, that represents who I am,
and that I can be proud of.

There were several other diversions along the way, including
several years working for the Baltimore City State’s Attorney’s
Office as a prosecutor. When I left that job a little over two
years ago, I came to a familiar fork in the road: go back to what
I knew and where I could find the security of a regular paycheck
or finally start the journey that so many of us solos are so
familiar with. I chose the latter.

What were your greatest fears? How did you address them?

Marc: My greatest fear about going solo was that I knew I would
finally be judged on my own merit. Sure, there were tons of more
“concrete” fears: how to pay the bills, where would my clients
come from, would I even know what to do to help them? I had those
fears as well and they were very real. Yet, if I had to choose
my one greatest fear, it was that for the first time, I knew I
would rise or fall based on what I was bringing to the table, and
at the end of the day, whether my business succeeded or not
depended on me, a prospect that both terrified and thrilled me.

Other fears I face daily are how to meet my tremendous payroll of
one employee, how to make sure I keep the lights in the office
on, at least during the day, and whether or not the font I use on
my correspondence truly represents who I am as a person. There
is nothing worse than being betrayed by your font selection.

What proved to be your greatest challenge(s)? How did you
address them?

Marc: My greatest challenge has been learning how to communicate
with clients and potential clients in a manner that conveys
honesty and professionalism, especially when what I have to say
is the last thing they want to hear. Early on, I struggled with
my desire to not upset my clients, mostly out of fear that
upsetting them would result in them leaving me for another
attorney. In the beginning, when clients were few and far
between, the last thing I wanted to do was lose someone who had
already chosen me as their lawyer. As a result, I would
oftentimes make the mistake of raising their expectations early
on, only to disappoint them, regardless of how well we handled
their case. I would avoid conveying bad news for fear of losing
the client to an attorney who provided a more upbeat appraisal of
that client’s situation.

It has been a struggle to see that a very important part of my
job is to advise my clients and potential clients honestly as to
what is in their best interest, even, as it often is, the
opposite of what they want to hear. As a newly solo lawyer, I
still fight an almost overwhelming desire to please those I
represent. I needed to have faith that being completely honest
with my clients, even when the message was upsetting, would in
the end, be appreciated and seen as the act of a lawyer who truly
has their best interest at heart.

How did you determine your practice area(s)?

Marc: My practice areas were the result of my legal experience up
to this point. My prior work had involved representing victims
of medical malpractice and business fraud, and I believed in the
theme of “David v. Goliath.” Adding to that, when I left the
Baltimore State’s Attorney’s Office, I knew I wanted to continue
working in criminal law.

What has been most surprising to you about being a solo?

Marc: One of the biggest surprises about being a solo has been
the level of resources and support that we make available to each
other. Prior to going solo, I experienced law as a competitive
profession based upon adversarial relationships, where any sign
of compassion to another was viewed as a weakness to be
exploited. Witnessing one attorney making a sincere effort to
help another was a very rare occurrence.

Since going solo, I have been pleasantly surprised by what I see
as a prevailing attitude that we benefit more by helping one
another, whenever possible. Don’t get me wrong; I’m not
suggesting we hold hands by a campfire and sing, “We are the
World” before the start of each trial. Still, I have found there
to be a tremendous level of people and resources eager to support
me as I grow as a solo attorney. Solo Practice University is a
perfect example of this. I have seen this type of generosity and
selflessness only in activities related to solo practice.

What has been your greatest experience as a solo to date?

Marc: My greatest experience as a solo has been the realization
that it doesn’t take an army of lawyers and support personnel to
make a difference in someone’s life. I was made to believe that
a firm’s effectiveness was often a reflection of their size and
years in business. I have come to learn that each one of us,
fueled by a sincere desire to help someone in need, has the
ability to do as much, if not more, than any larger or more
established firm. I often face off against larger firms who try
to use their size and resources to overwhelm me.

As a solo, I have found it effective to alter my perspective to
view the size of my firm as an advantage. Being on my own allows
me to make quicker decisions and implement new ideas without
endless meetings and deliberations. I often envision the solo
firm as an agile sports car, able to speed up and slow down at a
moment’s notice, with the ability to change direction or make a
necessary u-turn the moment it becomes needed. On the other hand,
I see many larger firms as a mid-80′s mini-van, overloaded with
too many passengers and unnecessary luggage, unable to change
directions for fear that even the slightest strategic adjustment
will cause them to lose control and flip.

If you could change one experience on the road to being a
solo, what would it be?

Marc: The one thing I would change on the road to becoming a solo
attorney would be the lack of mentors and other solo attorneys
ready to act as examples and assist those making the change,
along the way. My experience has been that there are plenty of
mentors, sources of guidance, and other such programs available
if you have followed the path of the larger, established firms.
Even small, boutique-sized firms have started to implement these
kinds of programs. Unfortunately, for the attorney wishing to go
solo, I have found it difficult to find others who have forged
the same path and could be invaluable sources of guidance and
support.

As I said earlier, once one makes the decision to go solo, the
world opens up and the resources available to us are amazing.
Yet, the decision to make that leap is such a difficult one, I
wish there were more sources of support prior to and while making
the transitions. At least for me, I almost never made the leap
to “solo status.” And I fear many others never do.

3 Creative Ideas for Building Your Practice Online in 2021