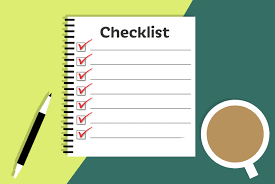 If one were to collect everything I and many others like me have written on risk management for lawyers, I suspect the collection would fill a tome or two; but sometimes less is more.  It is with this sentiment in mind that I offer the following short malpractice avoidance checklist that covers the basics.

Always try to do the following:

____ With an eye toward maintaining client confidences, keep all spaces clients have access to tidied up.

____ Run a full conflict check prior to accepting a matter.

____ Determine if the prospective client can actually afford your services and clearly identify the client’s goals and objectives.

____ Say no if you don’t have the time, resources, or expertise necessary to competently handle any proffered matter.

____ Put all fee agreements in writing.

____ Document scope of representation in every matter.

____ Remember who hired who and act accordingly.

____ Have a second set of eyes check all critical deadlines for calendaring accuracy.

____ Use reminder dates for all critical deadlines.

____ Have a backup copy of the calendar off-site or online.

____ Make sure all calls are returned promptly and that the client is always aware of the good, the bad, and the ugly.

____ Maintain a written record of the advice given and the decision-making process.

____ Make sure to keep the status of all files current.

____ Review all outgoing documents for accuracy.

____ Complete all matters in a timely fashion because procrastination is an enemy.

____ Document the conclusion of representation with a thank you letter.

____ Keep a complete copy of the client file for at least seven years post closure.

____ Politely decline to give legal advice to all non-clients.

____ Document all co-counsel and local counsel agreements in writing.

____ If you haven’t already done so, create a succession plan and designate a successor/backup attorney.

____ And in case you missed it the first two times, find time to take care of yourself and your support systems!